Minimum trade frictions will be vital for the UK automotive industry 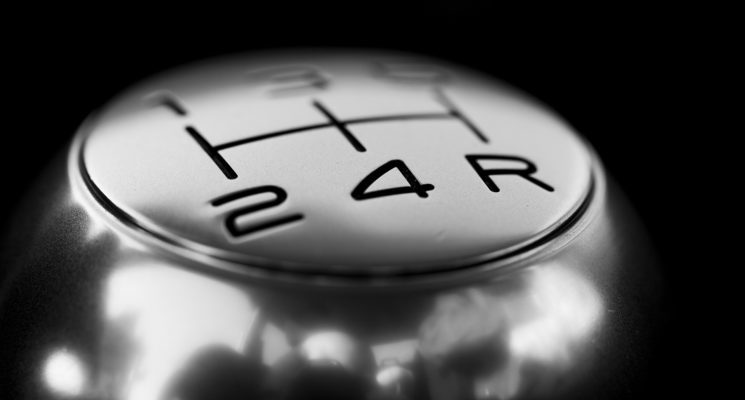 The UK manufacturing and especially the automotive industry has faced a turbulent period since the referendum. By 2018-19 something of a perfect storm had hit. The auto industry faced a triple whammy of declining sales in China (as the world’s largest car market contracted after 20 years of breakneck growth), a massive shift away from diesels across Europe in the wake of the Volkswagen ‘Dieselgate’ scandal, and Brexit uncertainty slowing the UK market and investment.

It was in this context that over 2018-19 Jaguar Land Rover (JLR) announced nearly 6,000 job cuts. Other bad news in this period included confirmation that Honda was shutting its Swindon plant and Ford its Bridgend plant, while Nissan reversed its decision to build the XTrail model at Sunderland from 2020, citing Brexit as a complicating factor.

Both auto output and sales fell last year. More broadly, while manufacturing underwent something of a stockpiling boost ahead of the March Brexit deadline, output then stagnated. By year-end manufacturing was contracting at its fastest rate in seven years as new orders fell and Brexit buffer stocks were run
down.

A few investments, by the likes of JLR and Aston Martin, stood out as positive stories, but investment in the automotive industry in particular fell amidst uncertainty over the nature of the future trading relationship with the EU, being down by 80% over the last three years.

The uncertainty also had an impact on output. Major automotive assemblers shut down assembly operations in both April and October to avoid disruption around the time of the UK’s scheduled departure dates from the EU.

JLR’s Chief Executive Ralf Speth said the firm had no choice but to stop production lines at its four UK plants, stating that the firm needed 20 million parts a day; every part had to be available when needed and just in time.

The latter point illustrates the vulnerability of manufacturing (and not just auto) that relies on just-intime (JIT) supply chains. Disruption arising either from a no-deal Brexit at the end of 2020 or even a ‘bare bones’ Canada style free trade agreement could throw a major spanner in the works of JIT systems commonly used across UK and EU manufacturing.

No trade deal at the end of 2020 would be especially damaging, as tariffs of 10% would apply on exported cars. It could add around £3 billion a year to UK auto’s costs through tariffs alone, with additional nontariff barrier costs (such as form filling, customs delays and stockpiling costs) on top. Analysts have forecast a short-term production hit of at least 175,000 cars a year (on top of the Honda closure) if there is no trade deal – over 10% of UK car output. Longer term, there is the risk that firms will consider shifting production outside the UK, meaning the loss of output could be much higher.

In such a scenario there could be considerable job losses in the Midlands and North. To what extent newly elected Conservative MPs in such areas listen to the views of manufacturing could make for an interesting dynamic in Parliament.

Even a limited trade deal that eliminates most tariffs could still cause severe headaches for industry given issues of regulatory divergence and through the UK being outside the EU customs union.

As uncertainty will characterise the next 11 months for big automotive assemblers in the UK, a bounce back in investment is unlikely. It was little surprise that Tesla CEO Elon Musk cited Brexit uncertainty as a factor in the firm’s decision to build its European factory in Germany rather than in the UK.

The risks remain high. Peugeot stated this year that investment at Vauxhall at Ellesmere Port where the Astra model is due to be replaced in 2021 is ‘contingent on the terms of the future trading relationship between the UK and the EU, and ensuring that PSA can make a profitable investment.’ The firm is especially keen to see tariffs avoided, and stressed that investment would be switched to Southern Europe in the event of no deal.

Trade bodies have also expressed concern. Last Autumn, aerospace, automotive, chemicals, food and drink, and pharmaceutical industry bodies came together to warn the government that a bare-bones trade relationship could pose a ‘serious risk to manufacturing competitiveness’. The letter stressed the need for regulatory alignment. Such industries want to see such alignment in order to avoid border checks.

The point here is that such checks try to ensure that any differences between imported goods and domestic standards don’t introduce risk to the market or supply chain. In simple terms, the more standards and regulations vary across two countries, the more checks will take place on goods being traded between them.

So ‘taking back control’ means the ability for the UK to set new regulations and standards after Brexit but the knock-on effect will likely mean more checks and possible delays to, say, manufacturing components moving across borders, bringing challenges for manufacturers.

The key point is that manufacturing is highly exposed to the form of trade deal that is pursued. In addition, while a free trade agreement would make exported cars free of tariffs into the EU, to benefit from it the cars need to meet ‘rules of origin’ that require 60% of the value of a car’s parts and components to be ‘local’ (from the UK), unless there is an agreement that counted parts from the UK and EU together. This would also require some sort of agreement on ‘conformity assessment’ (the process used to demonstrate that products such as cars meet specified requirements).

All of which means that exiting the EU in an orderly way with a trade deal and minimal trade friction beyond the transition period remains vital for UK manufacturing and automotive industry.

While no deal at the end of 2020 would be highly damaging to output, jobs and investment, even a bare bones trade agreement that just eliminates tariffs could be costly for manufacturing to live with given how tightly entwined manufacturing value chains are across the UK and the EU.

By David Bailey, senior fellow at The UK in a Changing Europe and Professor of Business Economics at the Birmingham Business School. This piece was taken from the Brexit: what next report.