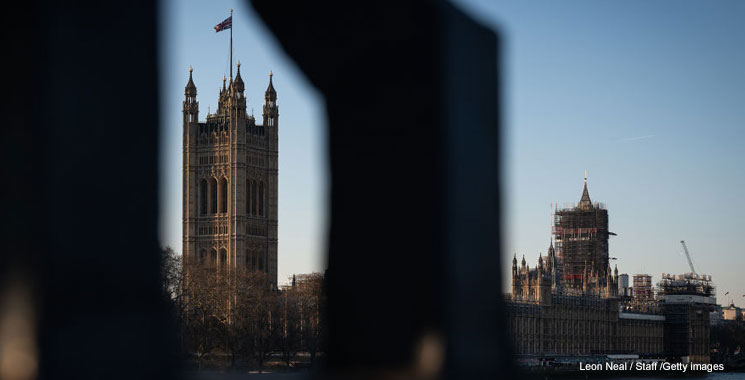 The day after Sir Philip Rutnam formally initiated his unfair dismissal case against the Home Secretary, another of his colleagues on the infamous s**tlist reignited the debate over government participation in the EU’s joint Covid-19 procurement scheme.

Hours later he wrote to Tugendhat with an unconvincing retraction, that he had ‘misspoken’. This is, after all, a man whom we trusted to be our ambassador to Germany, and to run the diplomatic service. Misspeaking at critical junctures is not normally a key competence for becoming a top diplomat.

So, another day, another round in the trench warfare between ministers and mandarins that has simmered over the years. This is not the exclusive preserve of this government.

Tony Blair complained of scars on his back in trying to reform public services. Francis Maude thought the machine was scuppering his reforms to the civil service, and precipitated the exit of Sir Bob, now Lord, Kerslake as head of the civil service.

Under Theresa May, some Brexit supporting ministers and politicians thought their civil servants lacked the necessary commitment to their project.

Boris Johnson notably failed to back Sir Kim Darroch when he was under fire from President Trump, and Darroch resigned as he knew he could not count on the support from the incoming Prime Minister.

Meanwhile, the appointment of Dominic Cummings as chief of staff – a man known for his regular and lengthy critiques of the civil service – put the civil service on notice that further shake ups were on the cards.

The start of the year saw Cummings appeal to ‘weirdos and misfits’ to join him to act as disruptors of Whitehall and deliverers of his reform ideas.

Meanwhile Rachel Wolf, who co-wrote the Conservative Party manifesto, gave Daily Telegraph readers a preview of what might be yet to come for the civil service, including longer postings and competence tests – neither earth shattering reforms.

The early days of the Covid-19 crisis suggested that ministers were realising their dependence on the machine.

The government has at all points emphasised its reliance on ‘the science’ as embodied by the scientific and medical advisers who flank whichever minister is leading the daily press conference.

Ministers have depended on Treasury ingenuity to devise economic rescue packages at pace – and may have realised the benefits of having as its top official someone who played a critical role in rescuing the banks in 2008 (even if he was the third name on that list).

Unsung parts of government – HMRC and the Department of Work and Pensions – have had to get new schemes up and running in fractions of the normal time available and cope with a massive expansion of demand, well in excess of any planning tolerances.

There have been glitches, but those seem to have come on the policy side (notably the 20% bank exposure on Business Interruption Loans) rather than on delivery of the economic support packages – though the acid tests (getting money out) are yet to come.

Meanwhile the government made some very conventional appointments as gaps opened up at the top of the civil service.

Long-time diplomat and head of the Department for International Development, Matthew Rycroft, replaced the departing Rutnam; the permanent secretary at the Department of  Business, Energy and Industrial Strategy, Alex Chisholm, moved to the role supporting Michael Gove on civil service reform as the ‘Chief Operating Officer’ of the civil service in the Cabinet Office.

But in the same week that the latter two appointments were made, and as the government started to feel the heat for its Covid-19 response, blame games started.

Just before the Prime Minister was taken ill the papers were full of insider mudslinging – some aimed at ministers but some at civil servants.

Some of that mud appeared to be being thrown by politicians – but others, particularly the volleys aimed at the cabinet secretary, by fellow civil servants.

That quietened down while Johnson was in hospital, but reignited over the weekend – not least in the long Sunday Times piece on the missing 38 days which provoked a lengthy rebuttal posted on .gov.uk.

That and the McDonald affair shows how sensitive people are to who took what decision when.

Even though Matt Hancock said at the briefing the government is now participating in the EU-wide procurements, and the ones we missed out on do not seem to have delivered any additional kit – ministers still appear to have demanded that Sir Simon retract.

Ministers know they are in the ultimate firing line, but evidence suggests that they may be only too willing to line up their officials and advisers to take some of the blame.

There are already reports that people are focussing on how their actions will look in the inevitable public inquiry.

Dominic Cummings will no doubt see some of the failings as Exhibits A, B and C in the case to pursue his long-term reforms once the dust has settled.

There will be some very important lessons to be learned down the line: about investment in resilience, about capabilities, about advice, about delivery and about the accountabilities between central government, NHS England and government agencies such as Public Health England. But, as they say, that is for later.

But for the time being, rows between ministers and their civil servants only serve to distract from the task at hand.

The Chancellor said “we are all in this together”. Ministers and their advisers need to realise that this applies to them too.