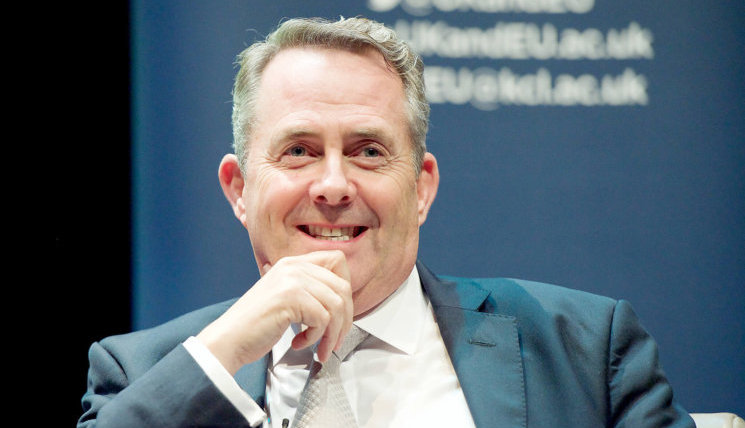 Free trade with the world. A romantic and liberating notion It was lauded in such terms by the Foreign Secretary. And, indeed, the economic success of Brexit depends on it.

Key to this is the negotiation of free trade agreements. Build the architecture. And the trade and investment will follow…

However, I have never seen a free trade agreement which guarantees free trade.

They try to secure freer trade. And what matters is the terms of the freer trade. Who gets liberalisation, how much, and who not. The rest of the world might have something to say about these terms. It might, therefore, be worth reflecting on what they are likely to say. The future of UK business depends on it.

In this regard, there are three types of trophy if you are a trade negotiator. The monster ones. An FTA with the two biggest economies in the world. China and the United States. The pretty amazing trophies. Large, emerging economies such as Brazil, Indonesia or Indonesia.

Finally, there are the major trophies. Agreement with significant mid-size economies smaller than the United Kingdom. Turkey, Switzerland, Thailand, Malaysia, Australia and Canada are examples.

Let’s start with the monster ones.

Chinese free trade agreements, until recently, were not really worth the paper they were written on. They contained nothing substantial. Those concluded, more recently, with Australia and New Zealand have a little bit more to them. They contain nothing significant on regulatory barriers to goods and services which is not covered by the WTO. The basic deal, however, is that China will get rid of almost all of its tariffs.

In return, these states will offer equally good treatment to Chinese investors as to any other investor. So no special UK deals for Honda. A deal with China might bring significant investment into the UK. It is doubtful it would increase UK trade to China significantly. The Australian one also took ten years to negotiate.

There are three particular problems for the British.

The first is agriculture. The US would likely insist that this is covered by any agreement. The difference in food standards makes this politically sensitive. As arguments about chlorinated chicken already indicate. It would also not be good for the small green farmers that Michael Gove is currently trying to promote.

The second is financial services. This would be the jewel in the crown in any agreement. However, talks on this have been ongoing since 2013 within the context of the Transatlantic Trade and Investment Partnership negotiations. And without success. The reason is that regulatory barriers are the central obstacle to financial services liberalisation.

The US has indicated that it will not change its regulatory structure for the sake of any international agreement. Substantial agreement could only occur if the City moved to US regulation.

The third problem is the UK runs a whopping trade surplus with the US. About £34 billion in 2016. And the Trump administration is not happy with trade surpluses run by other countries. Certainly, if they are China and Germany.

So what about the pretty amazing trophies, Brazil, India and Indonesia?

Put simply, none of these are interested in opening their markets significantly more than they current do. India is currently obstructing negotiations in the Regional Comprehensive Economic Partnership – a proposed free trade agreement for South and East Asia. Australia has been negotiating a free trade agreement with India for six years now, and thinks conclusion is still many years away.

Something that puts any Commonwealth pipe dream in perspective. Indonesia is the most disruptive partner in ASEAN, the South East Asian free trade area. Negotiations between it and the EU about a free trade agreement have effectively broken down after five rounds. Brazil has been happy to let Mercosur, the South American arrangement, run down.

This brings us to the major trophies – Australia, Canada, Switzerland, Thailand, Turkey. These are relatively open economies with smaller internal markets of their own, and more dependent on international trade.

Focussing on agreements with these might well be the way to go. However, there is a catch. Most are far away. And economists tend to agree that geographic proximity is important for trade.

These economists might be wrong. Canada and Singapore are far away, but the UK trades a lot with them. If they are not. All is not lost. If proximity determines trade, then we may continue to trade a lot with the EU.

After all, about 40% of our trade in Victorian times was with Europe. And that did not need the EU.

By Damian Chalmers,former senior fellow of The UK in a Changing Europe and professor of EU law at National University of Singapore and London School of Economics. This piece originally featured in the Telegraph.