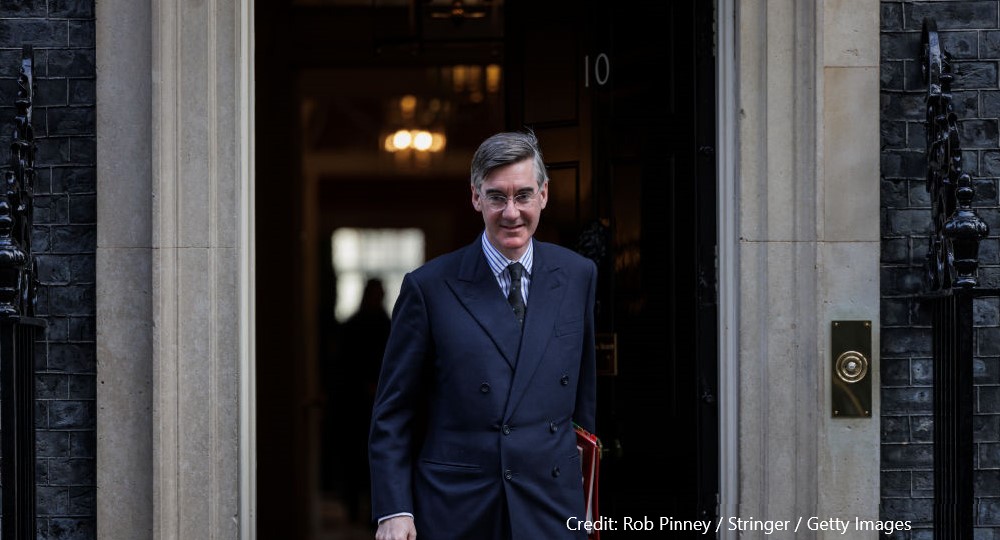 There was unfinished business after Lord Frost left government in December. While his responsibility for chairing the UK-EU partnership council and the Joint Committee on the Withdrawal Agreement, and the associated negotiations over the Northern Ireland protocol, moved to Liz Truss at the Foreign, Commonwealth and Development Office, the arrangements for the other parts of the group he had built inside the Cabinet Office were unclear.

Those two teams will now report to Jacob Rees-Mogg in his newly created role as Minister of State for Brexit Opportunities – and in that role he will, like Frost before him, be a full Cabinet member. Meanwhile, as part of the moves following Steve Barclay’s appointment as Chief of Staff, he is also taking on some of his former responsibilities for government efficiency.

There are some immediate challenges facing Rees-Mogg in his new role. First is on the workings of the border. UK controls are still a work in progress, and the Public Accounts Committee has just published a very critical report about the extra burdens that the new procedures for trade with the EU are placing on business – and the risks that delays could get worse in the months to come as volumes of passenger traffic increase and new EU formalities kick in.

The problem for Rees-Mogg is that, as Minister for Brexit Opportunities, his first big task is to try to find ways to streamline and reduce the big heap of red tape Brexit dumped on business – and the main levers to do that lie in potentially trying to secure some mitigations in the plethora of committees that Liz Truss and her new Deputy, James Cleverly, will be overseeing as the leads on the Trade Cooperation Agreement.

Rees-Mogg might also note that one of the reasons that civil service numbers are at record levels (potentially within the purview of his new government efficiency brief) is the need to staff the new arrangements.

The bit of the job that is more likely to have him bouncing cheerfully into his office in 70 Whitehall is the prospect of maximizing Brexit opportunities. He will come armed with the report published in the summer of the Taskforce on Innovation, Growth and Regulatory Reform, and take his cue from the selected pre-departure speeches of Lord Frost and the Benefits of Brexit paper the government published on 31 January.

The problem for Rees-Mogg here is that, as those publications all showed, the rhetoric of benefits of Brexit comes much more easily to the government than actually crystallising them. The real progress to date has been in areas such as agriculture subsidy reform (big potential gains, but also big implementation risks) and in financial services, where the Treasury is striking out, seemingly abandoning much hope that the EU will ever concede equivalence. But these are not areas where either department is likely to welcome much input from the centre.

Elsewhere the opportunities look hedged with real risks – not least that they will add to the burdens on business if exporters have to meet different standards in the UK and EU, or that they will give the EU an excuse to trigger some of the safeguard clauses it built into the relationship.

One of the areas where Lord Frost was keen to make progress was on reducing some of the annoyances associated with the EU’s data privacy regulation: while many might welcome liberation from cookie hell, the risk down the line is that moving too far puts the data adequacy decision finally conceded in mid-2021 in jeopardy.

So to do his job effectively, Rees-Mogg will have to show that he can be sensitive to business and EU concerns while pushing his agenda forward.

But those are not the only relationships he needs to be sensitive to. Many of the areas that he may want to deregulate are devolved – so he will be pursuing an England-only agenda. But the Internal Market Act prevents the devolved governments from barring goods and services meeting those standards from their market.

Michael Gove has taken responsibility for saving the union and managing intergovernmental relations more generally with him when he moved from the Cabinet Office with him to his new Levelling Up Department. But Rees-Mogg will have to be sensitive to the devolved dimension – or risk further fuelling the governance case for independence. Breaking up the union is probably not top of Rees-Mogg’s Brexit opportunities list.

He will also need to keep up to date on where EU regulation is going – much as he may be reluctant to do so. This is particularly important in areas of EU law which apply to Northern Ireland under the protocol. If Great Britain diverges from retained EU law which continues to apply in NI – or if the EU changes its rules and NI has to follow but the rest of the UK does not – Rees-Mogg will find himself deepening the Irish Sea border unless and until Liz Truss delivers fundamental change.

He may find it easier to concentrate on process. Lord Frost was keen to find a fast track way to update retained EU law. As a believer in parliamentary sovereignty, it might be expected that Rees-Mogg would have reservations about anything that reduced parliamentary scrutiny of changes – but the government believes that to wait for the mass of primary legislation that might be required to change EU law could delay the benefits too long. Introducing this new legislation could be Rees-Mogg’s first big ‘Brexit Opportunities’ moment.

This job will require the holder to be meticulous with detail, to be a persuasive influencer across government, and to combine a clear sense of where the genuine prizes lie, with a willingness to recognise where change is not good. If Rees-Mogg and the post last, it will be interesting to see whether he can produce a more substantial account of the benefits by the next election.