Much of the same? the implications of the Hungarian elections for the EU and Brexit 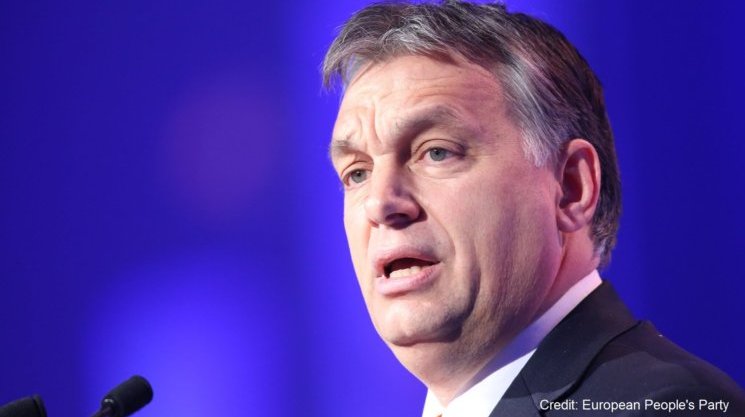 The only question concerning the Hungarian elections on 8 April was the margin by which the governing conservative/populist Fidesz, led by Viktor Orbán, would be re-elected. Fidesz ended up winning by a landslide, and is likely to control two thirds of the seats in the new parliament.

In a sense, Fidesz’s popularity is counter-intuitive. After eight years in power, the government is heavily tainted by corruption, has eliminated many of the checks and balances on its power, and has overseen a significant deterioration in the quality of public services, especially healthcare and education.

Fidesz did not really have any manifesto for the elections, and its entire campaign was based on a single theme: it portrayed itself as the only party capable of defending Hungary against the onslaught of migrants.

According to this narrative, the opposition, which the government claimed is funded by billionaire philanthropist George Soros, would destroy the country by allowing migrants to enter.

This rhetoric clearly had resonance among some segments of society, but Fidesz was also helped by a buoyant economy. Low unemployment and skills shortages, coupled with generous tax breaks for people with children, have led to significant wage increases for many, mainly among the upper middle class.

The opposition was divided into a number of small parties who were unable to agree on cooperation. Fidesz has also significantly tweaked the electoral system in its favour in recent years.

Hungary has emerged as a key challenger to the EU’s liberal values. Orban’s domestic successes have bred admirers and imitators, and the EU has been relatively powerless against him.

Most recently, Fidesz has clashed with the EU on issues like refugee quotas, a new law regulating NGOs, and threats to close the Central European University, a highly ranked international university located in Budapest.

In 2017, the government launched a campaign called ‘Stop Brussels’, arguing that the EU’s powers need to be cut back as they limit the sovereignty of member states.

Hungary is, however, highly dependent on the EU. Beyond the fact that about 80% of Hungary’s trade is with other EU members, it has been the highest per capita beneficiary of EU structural and cohesion funding, receiving approximately 4% of its GDP from EU transfers.

The EU finances almost all public investment in Hungary. As shown by a report by KPMG, a consultancy, EU funds have basically been the only source of growth in Hungary between 2006 and 2015. It is likely that Fidesz has used EU funds for political patronage, and some allegations of corruption have surfaced.

Due to this dependence, Hungary has been careful not to antagonize the EU too much (as opposed to Poland). It has remained cooperative on the technical level and is usually quick to implement EU legislation. Even with the more controversial laws enacted by Fidesz, the government has always reacted to the EU’s criticism, just enough to avoid any punishment.

When it comes to the implications of the Hungarian elections for Brexit, they are unlikely to change much. Brexit has not attracted significant attention in Hungary. Most commentators have concentrated on the future of the approximately 250,000 to 300,000 Hungarians living in the UK.

This however was generally seen as settled in the ‘divorce deal’ in December 2017. Hungary supported the Commission’s mandate, and was generally passive during the negotiations. Despite its reputation as a trouble maker, it did not undermine the unity of the EU (or ‘E-Unity’) in any way.

It would be in Hungary’s interest, to some extent, to give Britain a more generous deal than what the EU is currently offering. The UK is a strong export partner for Hungary, and Hungary runs a high surplus in its trade with Britain.

Britain is especially important as a destination for Hungarian service exports, which will likely suffer after a ‘hard’ Brexit. In a recent report, we argued that the Hungarian government, just like many other countries in the region, would clearly prefer the UK to stay in the single market.

The British government has recently placed a strong emphasis on bilateral relations, with the hopes of playing on these member state interests and softening the EU’s position. Boris Johnson visited Budapest in March, following a visit a few weeks earlier by David Davies. Neither of these visits resulted in any specific agreements.

However, while the UK’s efforts at dividing member states may pay off, it is unrealistic to expect Hungary to be the one to break E-Unity. As mentioned, Hungary has been careful not to antagonize the EU, and core states like Germany, too much. Hungary has relatively little to gain and much to lose from breaking E-Unity and promoting a more favourable deal for the UK.

Hungary is already perceived as a challenger to the norms of the EU, and voices arguing that the EU needs to punish the country to stop ‘illiberal contagion’ are getting stronger. Suspending or reducing EU funding would be a huge blow for Fidesz and Hungary itself.

The negotiations on the EU’s post-2020 multiannual budget may be an excellent opportunity to punish the country, if the EU really wants to take this avenue. Fidesz will not want to risk the Hungarian position in these negotiations by undermining the Brexit negotiations. Britain has little to offer as compensation.