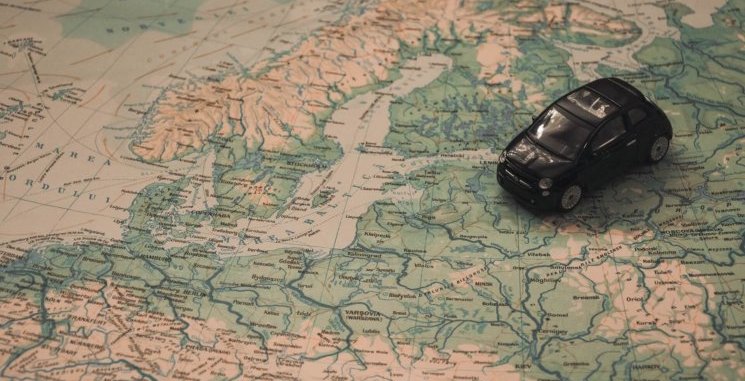 For Theresa May a – possibly the – triumph of Brexit is ending free movement.  She has fostered the perception that EU law gives unrestricted rights to free movement to anyone holding the nationality of a Member State, no matter who they are or in what capacity they move.

Free movement is bad, so the prime minister’s argument runs, and EU law ties the government’s hands when it comes to controlling immigration.

In fact, this is far from the truth. Much nonsense is spoken about free movement, and we will address five of the most common canards.

But aren’t we too late? We’re leaving anyway. There’s a new immigration white paper which clearly says the UK will have an  immigration system which will not give preferential access to EU citizens.

So, to the canards.

True, and false. Anyone holding the nationality of a Member State of the EU can move to another Member State almost without restriction for three months. They cannot claim ‘social assistance’ (benefits for those who are very poor) nor can they claim access to student benefits (grants, loans).

However, after three months, everything changes. EU nationals can stay in the host state for the next five years only if they are economically active (as a ‘worker’, self-employed person or a temporary service provider) or they can provide for themselves (as a person of independent means or a student).

False. If you’ve travelled into the UK recently, you will know you have to  produce your passport. We are still in the EU and yet there are controls at the borders. Border force officers have access to Schengen databases to see if the individual concerned is on any restricted list. EU citizens benefit from a strong presumption in favour of entry and can travel with ID cards, which are easier to forge than passports. But this could be dealt with through greater cooperation with the EU.

True and a bit false. It is certainly true that the UK does not have accurate figures concerning the numbers and identities of those EU nationals coming to the UK and there is no database of what they are doing here. But that is a problem caused by the UK, not the EU. EU law allows for a registration system.

Take the Spanish situation. Spanish nationals all have a DNI (documento nacional de identidad), EU nationals can get a NIE (numero de identificatión de extranjeros) and with the NIE comes the right of residence for five years on condition that they can show in a public office in an obscure part of town that they are economically active, or have sufficient resources to support yourself and sufficient medical insurance.

All the paperwork has to be in Spanish and has to be checked face to face. Every time anyone accesses a public service they have to produce a NIE or a DNI, and for local services they have to be empadronado – registered in the local register. And all of this is compatible with EU law. And so the Spanish authorities know pretty well exactly who is legally resident in Spain.

In the UK, the controls are different. Yes, anyone who is working needs a National Insurance number (NINo) which is easily obtained by applying online but the NINo figures are notoriously inaccurate because EU nationals may apply for a number and then not use it or use it for only a limited period.

Much immigration control is in fact done by employers (and landlords) who must check that individuals have a right to work in the UK. But they do not enter those details on to a central database and so the numbers are inaccurate.

It is also true that the way our labour market is structured means that those doing low-paid jobs will have their income topped up with tax credits when they are, for example, supporting families. EU nationals claim these in-work benefits at a somewhat higher rate than UK nationals. But this model is a British, not European one. All EU law requires is equal treatment.

And all the evidence suggests that, overall, EU nationals contribute far more to the financing of the welfare state than they take out.

This is largely true but not quite. EU law does not allow for any form of emergency brake on migration. But there is some potential wriggle room and no state has ever really tried it.

Some people say that the public policy derogation found in the Treaty creates space for limiting free movement; others that the Court’s case law allows for restrictions on free movement where justified on the grounds of ‘Encouraging recruitment, reducing unemployment, protecting vulnerable workers and averting the risk of seriously undermining the sustainability of social security systems’.

Outside the EU, the Swiss, who have agreed to free movement with the EU, have introduced a preferential hiring scheme for Swiss nationals in areas where unemployment is particularly high.

It is certainly the case that leaving the EU will offer the UK much greater control over its immigration law. But anyone who tells you that the EU allows for unrestricted free movement doesn’t know their ducks from their drakes.

By Professor Catherine Barnard,  senior fellow at The UK in a Changing Europe, and Sarah Fraser Butlin, University of Cambridge.