National security, not EU reform, is the priority 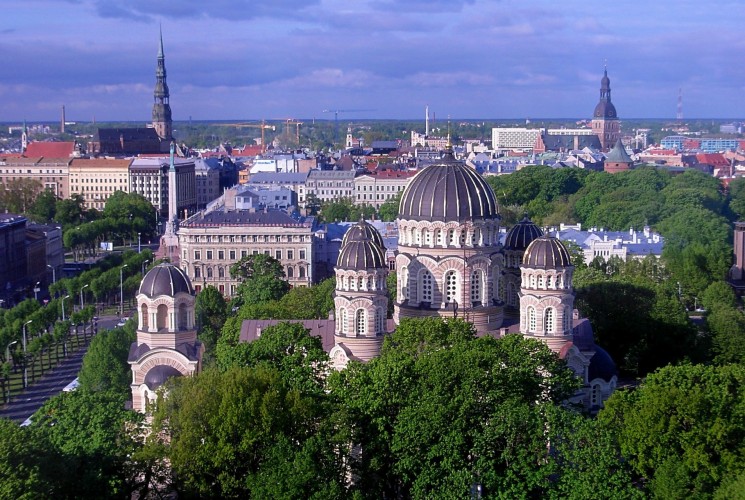 Russia’s aggression in Ukraine, which started in February 2014, has changed the geopolitical perspective for Latvia. It has become far more difficult in Latvia to criticise the European Union and NATO membership with a resurgent Russia flexing its military muscle in the country’s neighbourhood. The idea of leaving the EU or the necessity of fundamentally reorganising the Union is not on the agenda for the political elite of Latvia.

The securitisation of EU membership has led to the further marginalisation of Eurosceptic organisations in Latvia. According to a 2014 Eurobarometer poll, 57 per cent disagree that Latvia could better face the future outside of the EU. Compared to other countries, Latvia is in the middle of EU opinion, while the United Kingdom, with only 36 per cent disagreeing, is last among EU member states. In Latvia, the EU is perceived as one of the pillars for national security. The UK’s attempts at a renegotiation and the forthcoming referendum therefore do not resonate with policy makers or the majority of Latvian society.

It should therefore come as no surprise that the issues on Prime Minister David Cameron’s agenda are not on the agenda of politicians in Latvia. In May 2015 Cameron visited Riga for the Eastern Partnership summit. This was his first face-to-face meeting with the EU’s leaders after his victory in the May 2015 UK elections. The focus of the summit was on the EU’s relations with Eastern Partnership countries, however Cameron’s goal for the meeting was to press his case for EU reform and renegotiation. During the conference, and in the Prime Minister’s press conference following the summit, Cameron spoke about Britain’s unhappiness with the status quo, of “burdensome EU rules,” the problems of immigration, and the necessity for EU reform. His agenda was not welcomed.

In a bilateral meeting with Cameron, the Prime Minister of Latvia Laimdota Straujuma suggested that these topics were not welcome ones for discussion in Riga. Afterwards, Cameron himself reflected that he was “not met by a wall of love” at the summit. During and after the summit, his statements left no visible impact in the domestic political debates in Latvia. The securitisation of EU membership has led to a lack of meaningful debate in Latvia about the necessity of reforming the Union. It is hard to criticise something your national security depends on and this was reflected by the lack of support given to the issues raised by David Cameron.

Little has changed since the meeting in May. Most of the aforementioned issues pursued by the UK are still not on Latvia’s political agenda. Immigration is on the agenda, but this has nothing to do with the UK. The necessity for EU member states to accept their share of asylum seekers has pushed the issue of immigration onto the political elite and society of Latvia.

The government of Latvia follows the developments of the possible UK exit and renegotiation, hoping the UK and EU will come to an understanding. Changes in the core values of the EU, such as limitations on the free movement of persons, goods and services, would not be welcome in Latvia. However, there are no serious debates on the need for reform of the EU, the necessity to simplify EU regulations or other similar issues. These are not priorities for Latvia; national security is.

This article by Mārtinš Hiršs , Research Fellow at the Centre for Security and Strategic Research in Latvia and a PhD student at the University of Latvia, and originally appeared in LSE’s EUROPP blog