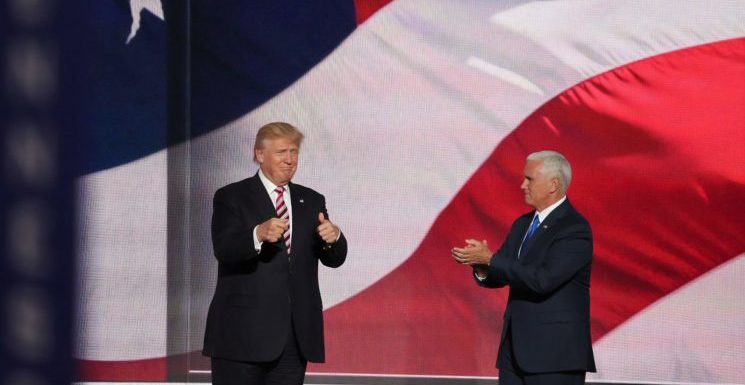 Voters, we are often told, do not care about foreign and defence policy. A recent YouGov poll seems to confirm as much; defence and security issues rank tenth on the British electorate’s list of concerns ahead of the vote on 12 December.

Yet, the public may find that these issues are forced upon them at this election.

London is set to host a NATO Leaders’ Meeting just a week before the poll, which both of the main political parties will seek to use to gain political advantage.

For Boris Johnson, the gathering offers an opportunity to play the statesman (something that may be easier said than done in his case).

With a full programme of events, including a reception at Buckingham Palace, the meeting will dominate the news agenda on the penultimate week of the campaign.

More importantly, the event provides Number 10 with an excuse to remind the public of Jeremy Corbyn’s views on NATO.

In 2011, he described the alliance as “a danger to world peace and a danger to world security”. Only a year before winning the Labour leadership contest, Corbyn even called for the organisation’s disbandment.

Corbyn has been forced to rein in such views since then.

The Labour Party, which was instrumental in the founding of NATO under the Atlanticist leadership of Clement Attlee and Ernest Bevin, officially remains committed to Britain’s continued membership.

It is, however, important to remember how much room for manoeuvre a prime minister has over foreign and defence policy.

Corbyn may no longer publicly air his disdain for NATO, but doubts remain over whether he would provide military assistance to a NATO ally if it triggered Article V.

Moreover, Labour’s official position is by no means secure, given the generational shift in values among its membership. Just two years ago, the party’s youth wing called on a future Labour government to withdraw from the alliance.

The far left’s views are at odds with the wider British public.

The number opposed to Britain’s involvement with the alliance has dropped from 4% to 2% over the past two years; a clear majority of the public remain very much in favour of continued membership.

Moreover, two-thirds of those polled were in favour of defending a NATO ally if Article V was invoked.

Johnson will undoubtedly use the NATO issue to tap into wider concerns over a potential Corbyn premiership. Given his stance on nuclear weapons, Britain could be left with a costly but useless deterrent.

The perception that his true sympathies lie with those who have also been critical of “western” foreign policy, whether it is Russia, Venezuela, or terrorist groups, has led some Anglophiles from allied nations to cast doubt on future security cooperation.

Yet, the NATO meeting is not without its own risks for Johnson.

There is the potential for a bust-up between France and the eastern and central European members, following President Macron’s overtures to Russia and his recent interview with The Economist, in which he cast doubt on the credibility of NATO’s deterrence.

The Turkish question presents further challenges. Ankara’s acquisition of Russian military technology, as well as its actions in Syria, have led some to question its status as a NATO member.

A public spat on British soil over any of these issues would hardly do wonders for Johnson’s electoral prospects.

The real unknown is President Trump, who could undermine the whole show just as he did at the last NATO summit in July 2018.

Given his undiplomatic style, he will likely be unable to resist the temptation to pass comment on the upcoming UK election.

Indeed, he has already voiced his support for Johnson and concerns over a potential Corbyn-led government.

Given that less than a fifth of the British public have a positive view of the American president, such an intervention could prove to be the kiss of death for the Prime Minister.

Labour will surely ramp up the message that Johnson is wedged in Trump’s pocket, alongside Nigel Farage.

Corbyn could accuse the White House of meddling in an internal UK matter, which, as Barack Obama and David Cameron learnt in 2016, is something that the British public do not appreciate.

It is a great pity that NATO will become a political football in the manner described.

London was selected as the venue earlier this year partly as a nod to the city’s role as the first headquarters when the alliance was established 70 years ago, but mostly to underscore the UK’s “unconditional commitment” to European security after Brexit.

With the breakdown in bipartisan support for NATO, that no longer seems assured.