Negotiating Brexit: What does Wales want? 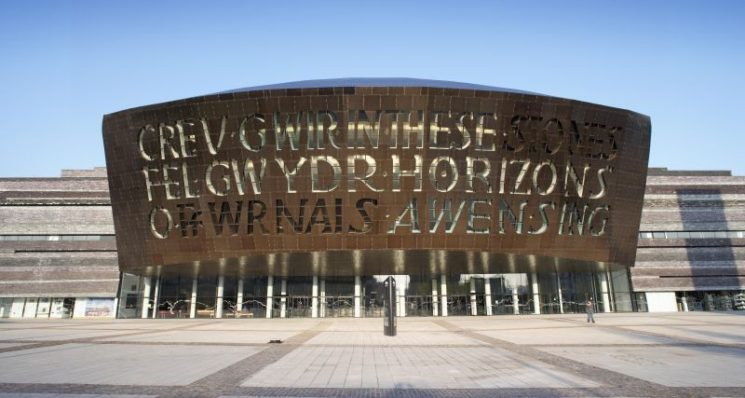 On 24 June 2016, to the delight of some and the dismay of others, Wales woke up on the winning side of the EU referendum. By a majority of some 5%, Wales had voted to Leave the European Union 52.5% to 47.5%. This rejection of the status quo by Welsh voters stood in stark contrast to the near universal support for continued EU membership by the political elite in Wales.

The Welsh Government must now undertake the complex task of crafting a clear set of priorities that serves the best interests of Wales and respects the public mandate afforded by the Leave result.

So, what does Wales want from Brexit, and how likely is it that Wales’ priorities will be incorporated into the UK negotiating line?

Immediately following the result, the First Minister of Wales, Welsh Labour leader Carwyn Jones,  delivered a statement outlining the Welsh Government’s six key post-Referendum priorities. These were: job protection; ensuring Wales’ participation in decision-making regarding the timing and terms of withdrawal from the EU; continued access to the single market; continued receipt of funding from the Common Agricultural Policy (CAP) and Structural Funds; a major revision of the Treasury’s ‘Barnett Formula’ which determines the level of the block grant received by Wales; and a reformed relationship between the devolved administrations and the UK Government.

Clearly, some of these priorities are dependent on the relationship the UK is able to secure with the rest of the EU. Others meanwhile are matters for determination by UK politicians, and are not directly affected by the terms of any new relationship the UK may strike with the EU. Post-Brexit funding commitments is an example of these matters. Unlike the UK as a whole, Wales is a net beneficiary of EU membership, through Common Agricultural Policy payments and Structural Funds. As such, Brexit presents Wales with significant budgetary risks. The Welsh Government has made considerable headway in securing commitments from the Treasury to continue to fund agriculture and regional development projects until the end of the current EU funding period in 2020, regardless of when Brexit actually takes place. Pressing questions remain around post-Brexit funding, as this will need to come from domestic sources. Allocating post-Brexit agricultural spending through the Treasury’s established and much criticised Barnett Formula, for example, would leave Wales significantly out of pocket, and challenge the viability and competitiveness of Welsh farming.

Of the policy objectives which will require a positive agreement by the EU, securing participation in the single market is seen as most critical. Single market membership is regarded by the Welsh Government as a key selling point in attracting Foreign Direct Investment into Wales. However, despite this significance, the Welsh Government’s line on the single market since the EU Referendum has been somewhat confused. The Leave vote has forced the First Minister to surrender his pre-Referendum commitment to Wales’ membership of the Single Market, as membership is perceived as requiring the continued free movement of people.

Indeed, there was some controversy when the press release of the First Minister’s statement from 24 June was subsequently amended, with the priority of maintaining single market ‘membership’ replaced by the commitment to a narrower idea of ‘access to’ the single market for goods and services. This switch was picked up on by the Party of Wales, Plaid Cymru, who have a more pro-EU position and are closer to the SNP in their demands for full single market membership. Free movement of people is not the red line for the Welsh Government as it is for Scotland – though the importance of EU workers across various sectors in Wales, including health, and agri-food has been highlighted by the First Minister.

On the Single Market point there is now a certain alignment between the Prime Minister and the First Minister, although Wales has its own distinct set of trade interests to protect. The impact of any post-Brexit Single Market arrangement will be asymmetric, given the different key industries and existing trade links with the EU across the UK.  For Wales for example, a single market in (financial) services would not be as important as a single market in goods.  Indeed, unlike the UK, Wales is a net exporter to the EU, and the EU is a particularly important market for certain goods. The automotive, aeronautical, and agri-food industries are amongst the most important to Wales and central to certain communities. Protection of these sectors will surely feature high up on the list of Welsh priorities.

Whilst the Welsh Government may be gaining greater clarity on the issues that are going to matter most to it in the Brexit negotiations and beyond, there are still question marks over how effectively it is going to be able to influence the position of the UK Government. Wales after all has less leverage than Scotland and Northern Ireland, where the constitutional issues raised by Brexit are more acute. The main route for participation is set to be a specialised Brexit sub-committee of the Joint Ministerial Committee, chaired by the Minsiter for exiting the EU. Despite demands otherwise from parts of the UK, seats at the negotiating table for Ministers from the devolved nations, or consent from devolved parliaments, are not part of the Prime Minister’s approach. The resilience and adaptability of the UK’s constitutional architecture will be tested to the full.