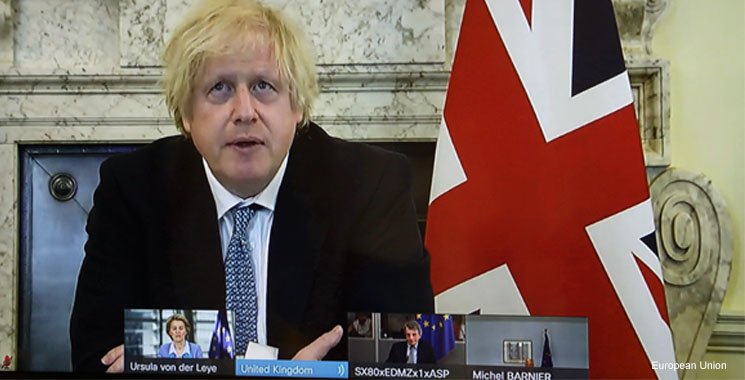 With the decision that there will be no extension to the withdrawal period, the UK and the EU now have to agree a trade agreement by 31 December 2020. During the talks between the Prime Minister and the Presidents of the European Council (Charles Michel), European Parliament (David Sassoli) and European Commission (Ursula von der Leyen), Boris Johnston suggested that the negotiations needed a “tiger in the tank”: greater determination was needed to reach a result which would not be in the Prime Minister’s words be a “pig in a poke.”

The official communication from the Prime Minister’s website did not include the colourful metaphors but did promise ‘to work hard to deliver a relationship, which would work in the interests of the citizens of the Union and of the United Kingdom.’

At the heart of this relationship would be a free trade agreement under which there would be no tariffs, fees, charges or quantitative restrictions between the UK and the EU, with rules of origin facilitating trade to the greatest extent possible.

Beyond this, the agreement would also include provisions on trade remedies, technical barriers to trade, sanitary and phytosanitary measures and customs and trade facilitation.

The trade agreement would also extend beyond trade in goods to trade in services (such as financial services) and would also provide for regulatory cooperation (but not, crucially, regulatory alignment) in areas such as competition and environment – in the name of maintaining a level playing field.

The Political Declaration, negotiated at the same time as the Withdrawal Agreement, also calls for agreements to be negotiated in areas including fisheries and security – both internal and external.

The Comprehensive Economic Cooperation Agreement between the EU and Canada (CETA) is the proposed model; negotiations for this agreement were launched in 2009 and concluded in 2014.

One area in which compromise is urgently needed is on fisheries with the Political Declaration setting the date of 1 July 2020 as the date for an agreement to be reached. The UK has proposed that it would manage its own fisheries independently, and that it would no longer be bound by the Common Fisheries Policy.

Licences would be needed to fish in UK waters, and in the future, the division of fishing rights would be agreed in annual negotiations, based on scientific assessments of fish stocks in the zones in which fish stock are primarily located.

According to a 2018 report from the Department of the Environment, Food and Rural Affairs, this will result in an increase in the amount of fish landed by British fishermen – a Brexit dividend.

The European Commission has indicated a need for stable quota shares, and the text of its proposed agreement with the UK indicates that there will be annual negotiations – all of which implies that there may be minimal change from the current arrangements, and that the general principles of the Common Fisheries Policy will be maintained.

It is likely that the setting of fishing opportunities for 2021 will be delayed given the absence of agreement by the date set in the Political Declaration.

In the absence of an agreement on fisheries, the UK will be subject to the EU’s tariffs on fisheries products as the rules of the World Trade Organization (WTO) would apply.

The negative impact of such tariffs (which may be up to 26%) may be alleviated through the operation of the successor to Regulation 2018/1977 which sets import quotas for products intended for human consumption: whilst the preamble to this Regulation notes that in ‘the last 21 years, the Union has become more dependent on imports to meet its consumption of fishery products’, it also notes that to ‘guarantee a level playing field for the Union producers, the sensitivity of individual fishery products on the Union market should be taken into consideration.’

So, access of UK fishery products to the EU will depend on a unilateral decision by the EU which will be informed by the needs of its producers and consumers.

Speaking about the negotiations with the UK at the European Parliament the Commission President, after re-emphasising the EU negotiating position on fisheries, noted: “It is very clear that there cannot be a ‘comprehensive’ trade agreement without fisheries, a level playing field, and strong governance mechanisms.”

With only five months to go to get a comprehensive agreement and with the first deadline approaching without an agreement, the negotiators will really have to get “a tiger in their tank.”

By Joseph A McMahon, full professor of Commercial Law at the UCD Sutherland School of Law.