Neither side is happy with this fudge on immigration 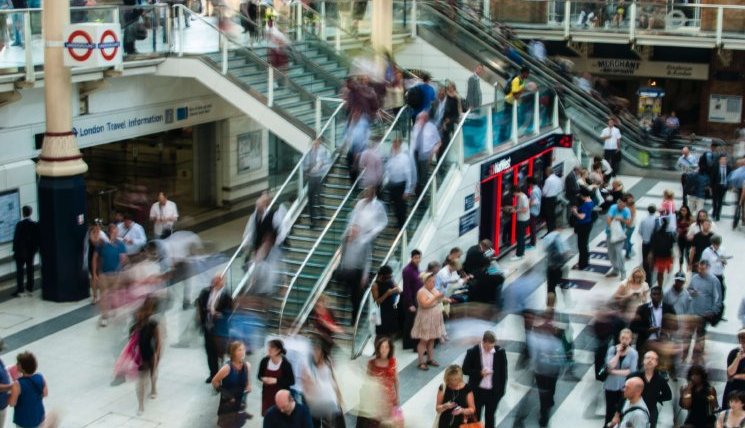 Tomorrow’s immigration statistics are likely to show a further fall in net migration, especially from the EU. If so, they will get the same reaction as last time. Government ministers will describe this as “progress”.

Meanwhile, economists like me will point out that the reduction is entirely due to the fact that, after the Brexit vote, the UK has become significantly less attractive to European migrants, for both economic and psychological reasons. Fewer European nurses and fruit rotting in fields isn’t an obvious sign of success.

But beyond the figures, we still know very little about the future of UK immigration policy. In fact, since the referendum, for every step forward, we’ve taken two steps back.

While many Leave voters thought they were voting for the end of free movement, the government’s desperation for a “status quo transition” period, means it will continue much as now until 2021. Meanwhile, the government promised us a white paper as long ago as last summer – now it’s not due until the end of this year.

And it’s no secret why. The Cabinet is split — but not between Remainers and Brexiteers. Instead, on one side there’s a virulently anti-immigration prime minister, still set on her economically illiterate net migration target — which at this very moment means the UK is refusing visas to desperately needed doctors from India and Pakistan. And on the other there’s the home secretary, who does her best to avoid ever mentioning the target.

The rest of the Cabinet, not to mention the Labour Party are floundering around in the middle, knowing perfectly well — because business and civil servants have told them — that ending free movement has large economic downsides, but equally feeling that the public wants to “take back control”.

So where do we go from here? A new immigration policy will have to answer the following questions. First, are we going to treat Europeans and non-Europeans the same after Brexit, as Vote Leave argued during the referendum campaign, or will they still get preferential treatment? The former may sound fair — but it will take time for business to adapt and may make preserving trade links to the EU even harder.

Second, are we going to have special schemes for specific sectors, like agriculture? That may make sense for farmworkers, but would be a lot more complicated for banks or building sites.

Third, what about Scotland and London, who, for both economic and political reasons, want their own, more liberal system? Fourth, what happens with EU students who at present do not need visas and pay the same as students from the UK; will we treat them like others from outside the EU?

And, perhaps most importantly, back to the target. Will future policy prioritise the reduction of immigration, regardless of the consequences for the UK economy, as Theresa May has consistently shown herself willing to do? And will it rely heavily on caps and quotas for specific occupations or skill levels, extending even further Whitehall’s role in central planning of the UK labour market, which, paradoxically, has been more and more the approach of the Conservative government?

Or it will be more liberal and market-driven, recognising the overwhelming weight of evidence that immigration is good for the economy, that migrants don’t take jobs away from British workers, and that immigration levels have little to do with the UK’s deep-seated problems of low pay and productivity?

Not only do we not know the answer to these questions, the government’s dithering means we haven’t really started discussing them, despite the commendable efforts of the home affairs committee.

And finally, there’s yet another wildcard. The government has made clear that whatever happens free movement needs to end – even though that means leaving the single market, and no matter what economic damage that does.

But it’s far from clear that this position commands majority support in either the House of Commons or the country as a whole. Indeed a recent poll suggested the most popular Brexit option was to stay in the single market while keeping a “modified” version of freedom of movement.

Is this possible? My recent research shows that it might be — we could preserve the principle that European citizens could move to the UK to look for and take up work, while giving the UK public greater assurance that migration was monitored and, where appropriate, controlled.

Switzerland has just introduced a new system, agreed with the EU, which doesn’t permit a blanket ban or quota — but does allow controls in regions or sectors where unemployment is particularly high.

Could we do the same? Do we, collectively, want to? Is it a sensible trade-off for staying in the single market? Nobody knows – and unless the government gets its act together it may soon be too late to find out.

By Jonathan Portes, senior fellow of The UK in a Changing Europe and professor of economics and public policy at King’s College London. This piece originally featured in Times Red Box.