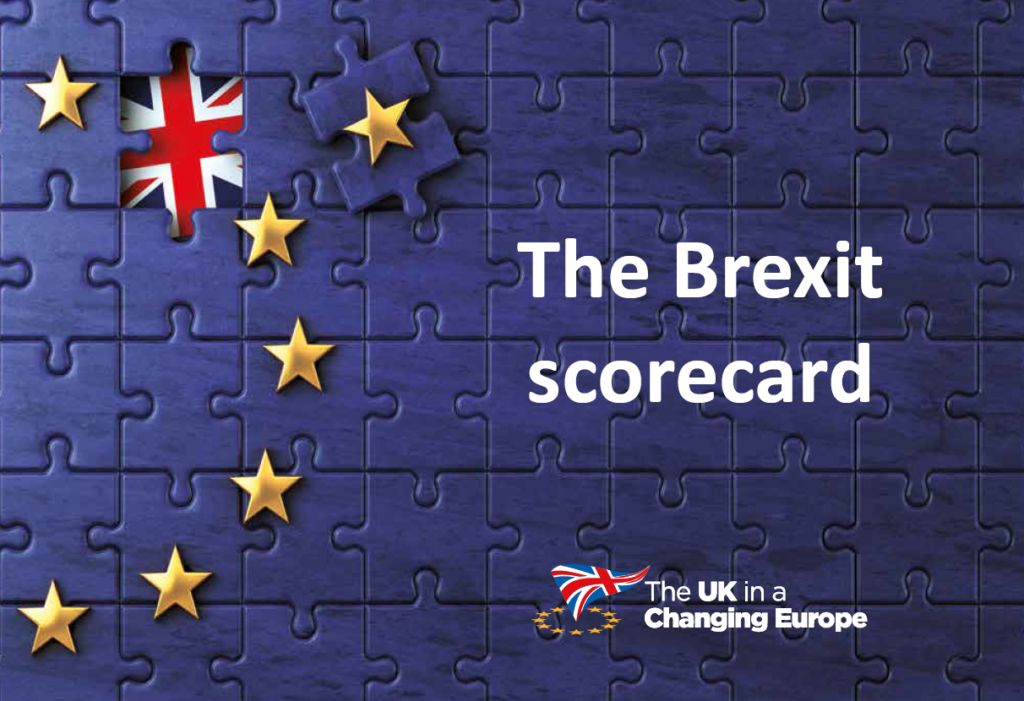 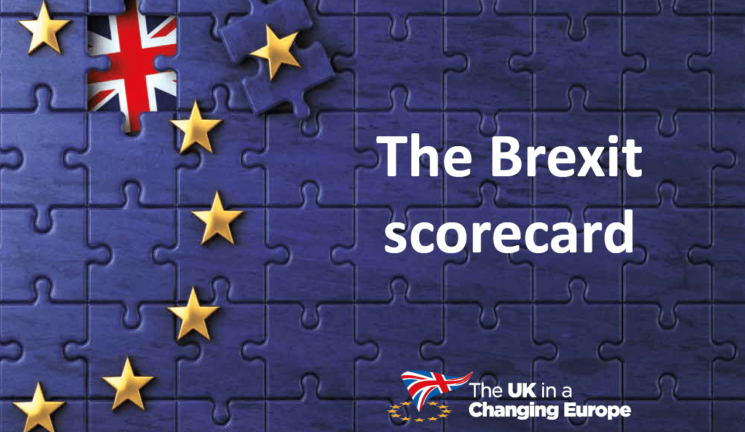 A comprehensive analysis of the impact of Brexit has been conducted by academic think tank The UK in a Changing Europe.

The report, The Brexit Scorecard, rates performance in four areas: the economy and public finances, fairness, openness and control. It looks at the actual impacts of Brexit to date and the prospects for the future, each of which is given a rating.

The balance sheet to date is mostly negative. Looking forward, it is difficult to be optimistic about the economic impacts. However, whether Brexit will make Britain fairer and more open remains uncertain, and there is certainly potential for it to increase citizens’ control of the decisions affecting their lives. Much depends on politicians being able to move on from the immediate Brexit impasse and focus on longer-term challenges including productivity, regional imbalances and democratic reform.

The report builds on A successful Brexit: four economic tests (released February 2017) and is released three years after the EU referendum.

The report concludes there is little doubt that the effect of the vote has been negative for the economy: the fall in sterling has pushed up prices without doing much to support exports. As a result, the cost of living has increased, as wages have not kept pace with inflation. Looking forward, it is less a question of whether Brexit will be damaging economically, but the extent of the damage, with a “no deal” exit posing particular risks.

A fair Brexit would be one that helps those who have done worst in recent decades, and promotes opportunity and social mobility. The report finds the vote has put additional pressure on public services, as EU migration has fallen sharply, leading to staffing pressures in the NHS and social care sectors. Despite this, there has been little evidence of a boost in pay for workers at the lower end of the income spectrum, nor have there been any substantial new policies to address left-behind areas and communities

The pressure on the public finances arising from the negative economic impact of Brexit will make it more difficult for the government to address these issues. Perhaps most seriously, there is little evidence to date that Brexit has spurred fresh thinking on these issues, still less action.

Little has changed since the vote in terms of the openness of the UK economy. It has become slightly more open because the EU has signed important trade agreements with the likes of Japan and there has been some relaxation on non-EU immigration rules. But the UK has become less attractive in terms of trade and investment flows, and to migrants from within the EU. After Brexit, it will be difficult for the UK to reduce barriers to non-EU countries without erecting them with the EU. However, the prospects for a more open immigration policy have increased.

A successful Brexit will be one that genuinely increases citizens’ control over their own lives. But to the extent that the UK is marginalised or irrelevant in EU decision-making, we have arguably lost control to some extent. Meanwhile, efforts to devolve decision-making within the UK have stalled.

However, post-Brexit, the UK will have considerably more control over a range of policies – trade, regulation and migration – than at present. The challenge of how to translate that gain in notional sovereignty into a genuine sense amongst the electorate that they have a real say will be central to British politics after Brexit.

Professor Anand Menon said: “This is a clear, evidence-based and, as far as possible, objective mechanism for assessing Brexit. No-one could claim that progress so far has been an unmitigated success – but it’s up to politicians to make it a success in future.”

Professor Jonathan Portes said: “Many hoped that Brexit would be a ‘reset moment’ that would force the British political system to address long-neglected structural issues, both economic and social. So far, that opportunity has been missed; whether that can change will determine the long run success of Brexit.”