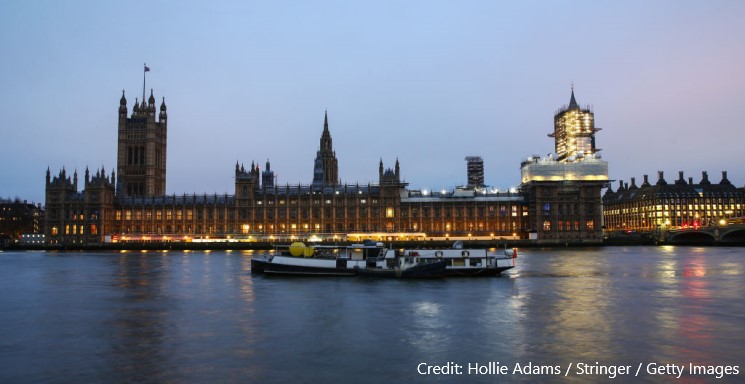 Brexit means that the UK government will take on new responsibilities. In some instances existing scrutiny bodies within the UK’s legislatures will be able to assume the role of scrutinising how the government discharges these responsibilities; in others new parliamentary structures may be required.

The government has already begun to negotiate trade deals – so far it has focused on ‘rolling over’ trade agreements to which the UK was party as an EU member. But the government will also be free to negotiate treaties that cover areas beyond trade, such as security cooperation.

This is not entirely new – the UK has always been able to negotiate treaties in areas of national competence – but it will have much greater freedom to do so now.

The UK government will also be required to manage certain areas of domestic policy for the first time in over 40 years, with knock on implications for Parliament’s scrutiny structures. The government’s new policy responsibilities will also put pressure on intergovernmental cooperation.

As discussed in more detail by Sheldon and Phylip, the governments of the UK have agreed to work together on new ‘common frameworks’ in some devolved policy areas, including agriculture, the environment and fisheries – either through legislation or intergovernmental agreements.

Some existing public bodies will take on new functions after Brexit. For example the Competition and Markets Authority will be required to oversee the government’s subsidy regime.

In other instances the government is forming new bodies to take on roles previously exercised by the EU institutions; thus the Office for Environmental Protection established in the Environment Bill will take on the Commission’s previous regulatory function, in response to concerns raised by environmental NGOs about a possible post-Brexit ‘governance gap’.

Parliamentary scrutiny will be vital as the UK and devolved governments adapt to all of these new roles – and decisions taken in one area will have an impact on others.

Historically, Parliament has shown little interest in scrutinising treaties. The only formal mechanism is a weak form of sign off at the end of the process under the Constitutional Reform and Governance Act 2010. But there is no obligation on the government to involve Parliament before or during the negotiations on a treaty.

The House of Lords EU Committee has taken the initiative in scrutinising the trade deals that the UK is currently ‘rolling over’ – but the House of Commons has so far taken very little interest.

In future, departmental select committees may wish to take on treaty scrutiny where an agreement covers areas relevant to their remit. The problem with this could be coordination – multiple select committees might have an interest in some wide-ranging agreements, particularly for example any broad Free Trade Agreements.

An alternative would be for Parliament to adopt the Australian model of a standing ‘treaties’ committee – possibly set up jointly between Commons and Lords – responsible for triangulating scrutiny of all agreements.

As explored in Jill Barrett’s contribution, such an arrangement has been proposed by several parliamentary committees. An arrangement of this kind would still need to draw on the expertise of staff and members of subject-specific select committees in order to judge which treaties might require more attention.

But it is not just the detail of treaties which will need scrutiny. Parliament must also consider how to scrutinise the governance structures that oversee these. The recently-concluded Withdrawal Agreement with the EU illustrates this point.

The Agreement’s implementation will be monitored by a Joint Committee which can take decisions that are binding on the EU and the UK – including on how the UK implements the Northern Ireland Protocol. Currently, there is no obligation for the government to share any papers relating to the Joint Committee with Parliament – or to give any updates on the floor of the two chambers.

Precedents set in relation to the Withdrawal Agreement could have implications for scrutiny of any similar Joint Committee overseeing aspects of the future relationship with the EU – or other treaties. In short, more thought is needed about Parliament’s role in scrutinising treaty governance.

Progress on developing common frameworks has been slow – intergovernmental working focused on preparations for ‘no deal’ from autumn 2018. But access to information has also been difficult for parliamentarians: intergovernmental forums often lack transparency.

For example, the communiqués from the existing Joint Ministerial Committees currently indicate next to nothing about what was discussed by UK and devolved ministers. And although the Welsh and Scottish governments have a commitment to share information on common frameworks with their respective legislatures, no such agreement exists for the UK Parliament.

The Interparliamentary Forum on Brexit (which brings together the chairs of the relevant committees in UK’s legislatures, as further discussed in the contribution by Sheldon and Phylip) has demonstrated how informal networks can provide a way to manage coordination on issues which cut across the UK Parliament and devolved legislatures’ interests. Something similar should be the absolute minimum required in future.

Parliament will need to be prepared to scrutinise the new public bodies that the government is establishing, and the expanding remit of others.

For example, with respect to the Office for Environmental Protection, Parliament should be looking at whether the body is set up in a way that makes it robust enough to act as an independent monitor of the government’s decisions, as well as how it fulfils its role once it is up and running. It seems likely that this scrutiny of new public bodies will be taken on by the relevant Commons departmental committees.

These new scrutiny challenges will require a proactive approach from Parliament to avoid unwelcome precedents being established. While there was some work before Brexit on some of these issues, including reviews of the Commons and Lords committee systems by their respective Liaison Committees, little yet seems to have changed.

‘Taking back control’ was a key message during the referendum campaign; Parliament will need to be sure that – where appropriate – control returns to the UK’s legislatures, not just its governments.

By Maddy Thimont Jack, senior researcher, and Dr Hannah White, deputy director, both Institute for Government. This piece was taken from our Parliament and Brexit report.