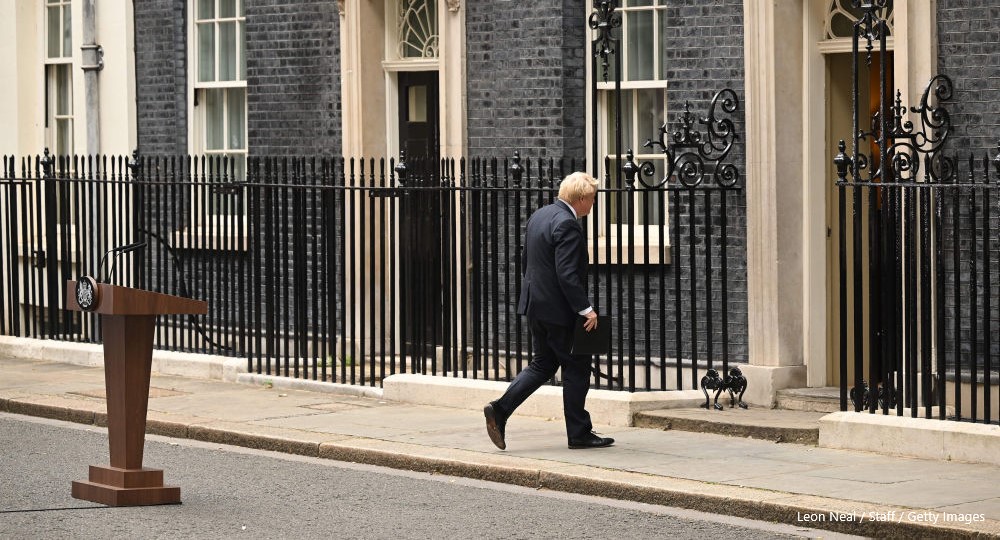 Boris Johnson’s political obituaries will unanimously agree on one thing: he was the Prime Minister who delivered Brexit. Nonetheless, he departs Downing Street without having established a clear sense of the kind of country the UK wants to be outside the EU.

As our series of divergence trackers shows, his government spent its time talking up a wide range of plans to unpick EU law – we have tracked 64 cases so far – but delivered very little of substance beyond a more distant trading relationship with the EU and a new points-based immigration system.

This lack of delivery has led even some of Johnson’s closest political allies, like Lord Frost, to call for a change of leadership, and all the candidates running to replace Johnson know the promise of big, bold new Brexit opportunities will be essential.

Yet it would be a profound mistake to assume that the main obstacle to divergence has been a simple lack of reforming zeal. Our work tracking divergence reveals more prosaic barriers, which the next Prime Minster will also face.

First, substantive change often has short-term political costs whatever the long-term benefits. Take, for instance, one of the few really fundamental changes Johnson’s regime did embark upon: the reform of the EU’s cumbersome Common Agricultural Policy (CAP), to reward farmers for sustainable practices rather than the amount of land farmed.

It is a policy ripe for reform, yet the level of adaptation required means the process will take years and is already beset by complications around how to keep farmers financially sustainable during the transition. It will be years before government can reap the dividends, if it is even able to stick the course.

The cost of divergence to business and government is also considerable. Any new UK regulatory regime requires businesses to adapt to new processes and manage two different systems at once if they also want to access to EU or NI market. The gains must be considerable for business to consider such disruption worthwhile.

A recent report by the National Audit Office also highlighted widespread capacity problems across UK regulators which have taken on new responsibilities post-Brexit. An inordinate amount of time is being spent on recruitment, which is having a material impact on delivery. The Chemicals Regulation Division does not expect to reach full capacity for another four years and, incidentally, the Health and Safety Executive just announced it will not be taking forward ten new chemical restrictions planned by the EU.

Coupled with the fact that more wide-ranging divergence demands more civil service time, there is a very real trade-off between arming the state to pursue new Brexit opportunities and its capacity to deal with other political priorities.

Nor can the UK regulate in a vacuum. Ambitious plans for a new ‘buy British’ procurement programme favouring domestic suppliers have already been diluted because they would violate WTO rules. There is talk of unpicking the EU’s GDPR data protection regime (which many argue creates excessive bureaucracy for small businesses) but it would likely cost the UK its data adequacy agreement with the EU, which is of significant benefit to British businesses with cross-border operations.

The shadow of EU regulation is large and hard to avoid. The EU is planning a vast swathe of new chemicals regulations which the UK seemingly has no interest in aligning with. Yet non-EU companies will have to follow those rules to access the EU single market, meaning they could well become the global norm, diminishing the purpose of UK divergence. The same applies in other areas where the EU has major regulatory ambitions, like big tech regulation.

A final factor – especially apparent in our latest tracker released this week – is that, especially on big global policy questions, the UK and EU seem to share remarkably similar regulatory instincts – and in many cases there is more to gain from convergence than divergence.

The UK and EU have developed similar energy strategies in response to the war in Ukraine, focused on developing renewables alongside diversification of oil and gas supply, rather than simply reverting to increased dependence on fossil fuels. Though the political will is entirely absent, the re-integration of the UK into the EU’s internal energy market would enable the pooling of resources to mutual gain.

Scientific research, too, will aid the response, and UK membership of the EU’s Horizon Europe programme is a clear area of mutual benefit – if (and it is a big if) tensions around the Protocol can be dampened. Security cooperation is also clearly imperative, and Germany’s hawkish turn could facilitate grounds for new collaboration between the UK and EU (or certain member states). And on trade, the UK and EU have similar plans for high-tech borders to simplify import/export declarations, which would be optimised if made somewhat interoperable.

The upshot is that this leaves relatively few areas where there is a clear case for the benefits of major divergence. And, in fact, the Johnson government has already identified a few: the liberalisation of financial services regulation could boost an already internationally competitive industry; reforms to gene editing regulations have a range of potential health and sustainability benefits; and there is a chance to gain first-mover advantage in the regulation of new technology such as AI.

Many of the candidates for leader seem drawn to downgrading UK net zero ambitions (where the UK and EU are presently highly aligned, and could gain from converging further). While this might appeal to some MPs and party members, it would mean surrendering UK leadership in an area where it has been a key international player (even without taking account of the significant long-term consequences for the planet and the UK economy).

A more effective approach to regulatory divergence would be to vastly reduce the scale of potential reform, investing proper focus and resource – supported cross-government – into the select areas with the biggest potential benefits; coupled with an honest assessment of where it makes sense to converge with the EU (without re-opening the terms of the TCA).

It would take a brave Prime Minister to talk so honestly about the constrained horizons for Brexit opportunities – but there is much to be gained from doing so.

By Joël Reland, Research Associate at UK in a Changing Europe. The latest divergence tracker can be read here.