New report explains what trading on WTO terms would mean 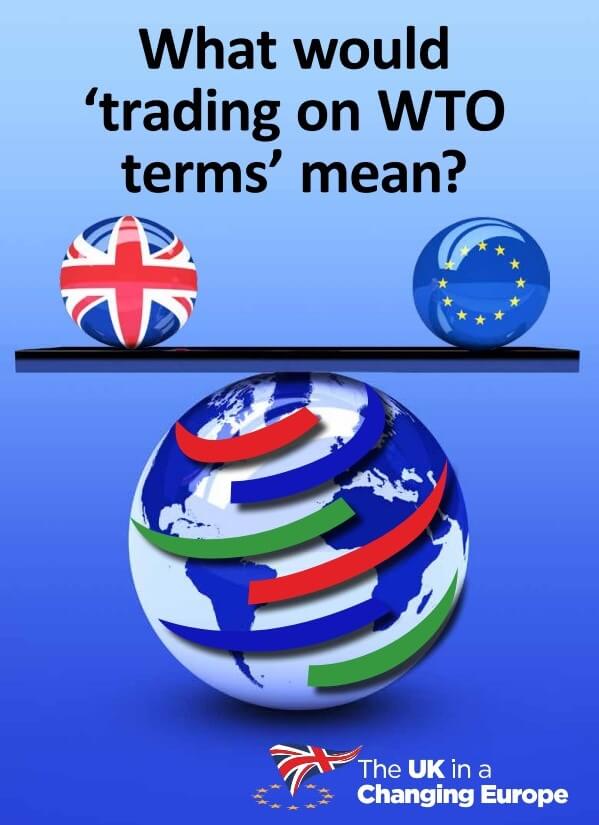 A new report from academic think tank The UK in a Changing Europe explains what trading on WTO terms would really mean.

Professor Anand Menon, director of The UK in a Changing Europe, said: “Parliament has begun perhaps its most important peace-time deliberation. A lot of MPs are claiming that trading with the EU on WTO terms would be an acceptable outcome. The report investigates this claim and underlines that trading on WTO terms would be highly damaging to UK trade with the EU and other countries.”

There is also a long version of the report, What would ‘trading on WTO terms’ mean for the UK?, which was written by Catherine Barnard, Katy Hayward, David Henig, Holger Hestermeyer, Emilija Leinarte, Sam Lowe, Steve Peers, and Peter Ungphakorn.