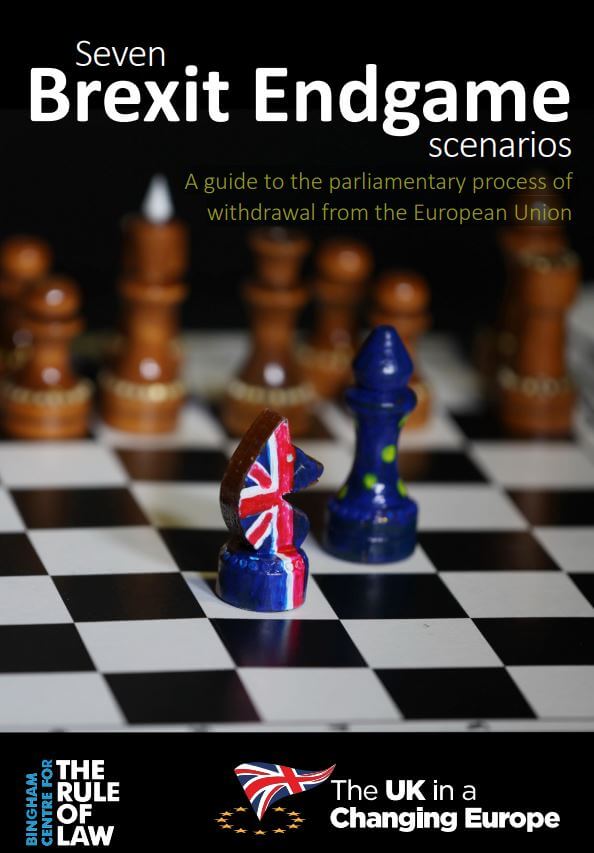 The House of Commons can take control of the Brexit process from the government, a new report detailing the role Parliament might play between now and exit day finds.

The report – Seven Brexit endgame scenarios – by academic think tank The UK in a Changing Europe and the Bingham Centre for the Rule of Law looks in detail at how the Brexit process may play out in the UK Parliament following tomorrow’s Brexit vote.

Seven key points it makes are:

i) Amending the government’s business motion setting out the rules for that vote is likely to be the first chance for the Commons to take control over the parliamentary timetable, giving MPs the power to table legislation (eg to enact a second referendum

ii) If the government does not bring forward a business motion, MPs can introduce an amendment on the government’s statement to take control of the parliamentary timetable

Anand Menon, director of the UK in a Changing Europe, said: “Everyone is aware that we are entering unchartered territory. These reports represent the closest thing we have to a roadmap to the uncertain times ahead.”

To coincide with the reports, The UK in a Changing Europe has produced an entertaining and informative video, featuring Professor Anand Menon, explaining why parliamentarians are finding it difficult to deal with Brexit, which is available to watch here.