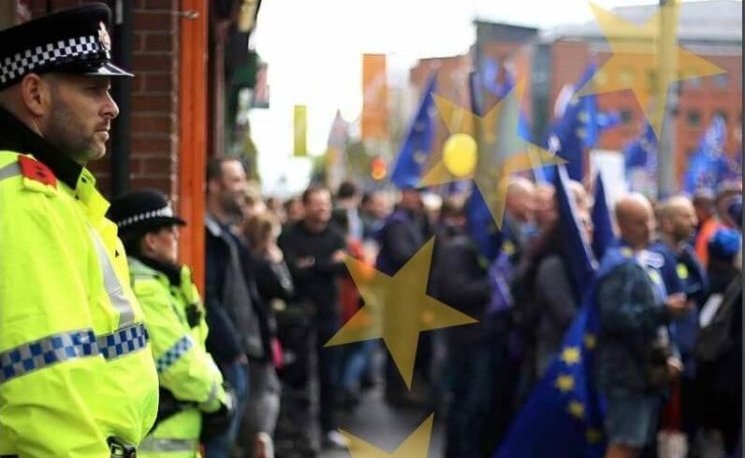 The UK faces serious disruption to security cooperation, and a potential ‘cliff-edge’, if it fails to act quickly to secure a security deal with the EU, a new report by The UK in a Changing Europe shows.

The report – Post-Brexit law enforcement cooperation: negotiations and future options – argues the UK Government has provided little in the way of specifics concerning what future security cooperation with the EU will look like, despite the very complex nature of this relationship and the likely need for trade-offs on both sides. Negotiations will be hugely time-consuming, and cannot be left until the last minute to resolve.

Good intentions are not enough as there are serious practical barriers to future cooperation. Both sides need to maintain a strong partnership in the interests of public safety and national security.

The report examines three key aspects of UK-EU law enforcement cooperation in detail: data sharing on criminal matters, including access to EU databases; Europol, the European policing agency; and the European Arrest Warrant, which facilitates the extradition of individuals between member states of the EU. The report argues that:

Professor Anand Menon, Director of The UK in a Changing Europe said: “The UK and the EU have a clear incentive to continue to cooperate over law enforcement and counter-terrorism, given the obvious threats confronting them. Both sides have made it clear that they want a close relationship in this area in future.

“But this is fiendishly complex. When negotiations are likely to involve constitutional issues, disagreements over the role of the ECJ and trade-offs from both sides, good intentions are not enough. Despite a shared desire to cooperate closely in future, nothing can be taken for granted.

“There is a danger that, unless the British Government acts quickly to define more clearly what it wants and how it might achieve it, another Brexit cliff edge – in security –  might be on the horizon.”

The report, informed by interviews with academics, lawyers and sources from the UK government and EU, shows that the Government and the EU need to make significant decisions at an early stage in the negotiations, considering their long term implications very carefully and communicating them with the public. At the very least, this might allow the police and other agencies to prepare for the most likely scenarios.