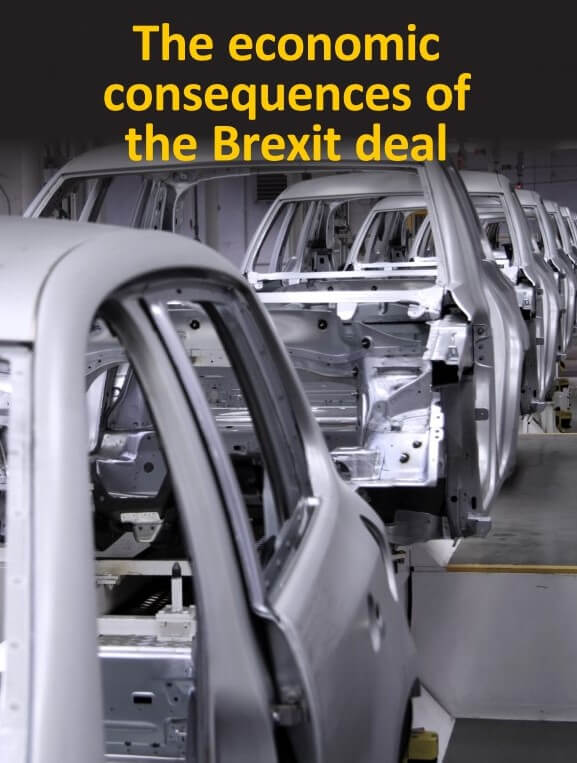 New research by experts at the Centre for Economic Performance at the London School of Economics (LSE), King’s College London and the Institute for Fiscal Studies has modelled the economic and fiscal consequences of Brexit.

They estimate that the Brexit deal negotiated by the Prime Minister could reduce UK GDP per capita ten years after Brexit by between 1.9% and 5.5%, compared to remaining in the EU. The cost to the public finances would be between 0.4% and 1.8% of GDP over the same period. The corresponding figures for a no deal Brexit would be 1% to 3.1%.

The report, The economic consequences of the Brexit deal, published by the academic think tank The UK in a Changing Europe, examines the economic impact of the Withdrawal Agreement and Political Declaration agreed between the UK government and the European Commission.

The report considers three scenarios: remaining in the EU (the ‘baseline’), the deal, and no deal—that is, a situation in which there is no agreement between the UK and the EU and hence, in the long term, we trade with the EU as a third country with no free trade agreement.

The economic modelling in the report covers trade and migration. For trade, researchers at LSE’s Centre for Economic Performance used a state-of-the-art model of global trade. They assumed that the deal means that the UK remains in a customs union with the EU, but leaves the single market (as per the backstop arrangement), and regulatory barriers to both goods and services trade increase as a result. Under a no deal scenario, such barriers would be considerably higher.

For immigration, the deal (or even no deal) means an end to free movement. Professor Jonathan Portes from King’s College London produced illustrative estimates of the impact on both skilled and unskilled immigration, from both within and outside the EU.

Taken together, the estimates imply that no deal would, in the long term (ignoring the impacts of short-term disruption), lead to a reduction in UK GDP per capita, compared to the ‘baseline’ of remaining an EU member, of 3.5% to 8.7%—the large range reflecting the very substantial uncertainties involved. The negative impact of the proposed deal would be smaller, but still substantial, amounting to between 1.9% and 5.5% of GDP per capita.

Such a large economic impact would also have major implications for the public finances. These would far outweigh any gains resulting from reduced EU contributions. The Institute for Fiscal Studies has estimated that if the impacts on GDP were as estimated above, then in a no deal scenario the cost to the public finances would be between 1% and 3.1% of GDP, and between 0.4% and 1.8% if the deal was implemented. This is even after taking account of the long-term saving on the UK’s net EU contributions of 0.4% of GDP.

Professor Anand Menon, director The UK in a Changing Europe, said: “In all the sound and fury over the politics of Brexit, the economic implications have been somewhat lost from sight. Obviously, this kind of economic modelling needs to be treated with appropriate caution. However, our estimates provide a clear indication of the broad scale of the impact of the deal negotiated by the Prime Minister.”

Professor Jonathan Portes, senior fellow The UK in a Changing Europe, said: “The Brexit deal would leave us in a customs union with the EU for the indefinite future – but it is a long way from frictionless trade.

The additional trade barriers, combined with reductions in both skilled and unskilled migration from the ending of free movement, would leave the UK economy significantly smaller than it would otherwise have been over the medium to long term. That in turn would mean higher taxes or public spending.”

These results are subject to a high degree of uncertainty, relating both to the inherent difficulties in economic modelling, and to the vague and aspirational nature of the Political Declaration on the future relationship, which mean that some key elements are still to be determined.

The report therefore makes a number of assumptions, some of them subjective, which are set out clearly and transparently. It also analyses the impact of changes in trade and migration both holding productivity constant and allowing for productivity to adjust following Brexit.

To estimate the implications for the government finances, the report assumes that a 1% fall in GDP per capita reduces government revenue by 0.4% of GDP. The conclusions of the report are consistent with both economic theory and the empirical literature.

The report does not model the short-term disruption resulting from no deal, which was the subject of an earlier UK in a Changing Europe report, Cost of No Deal Revisited.

The UK in a Changing Europe, and the authors of this report, do not take any position of which of the three scenarios is preferable, recognising that there are many other considerations than simply economic ones. Nevertheless, it is important that Parliament, and the country as a whole, take decisions on the basis of the best available evidence. 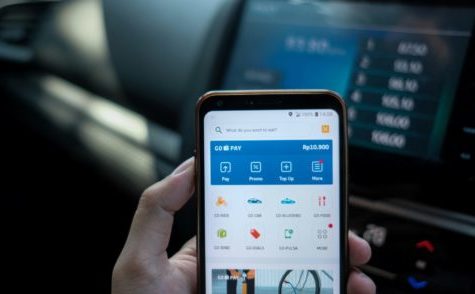