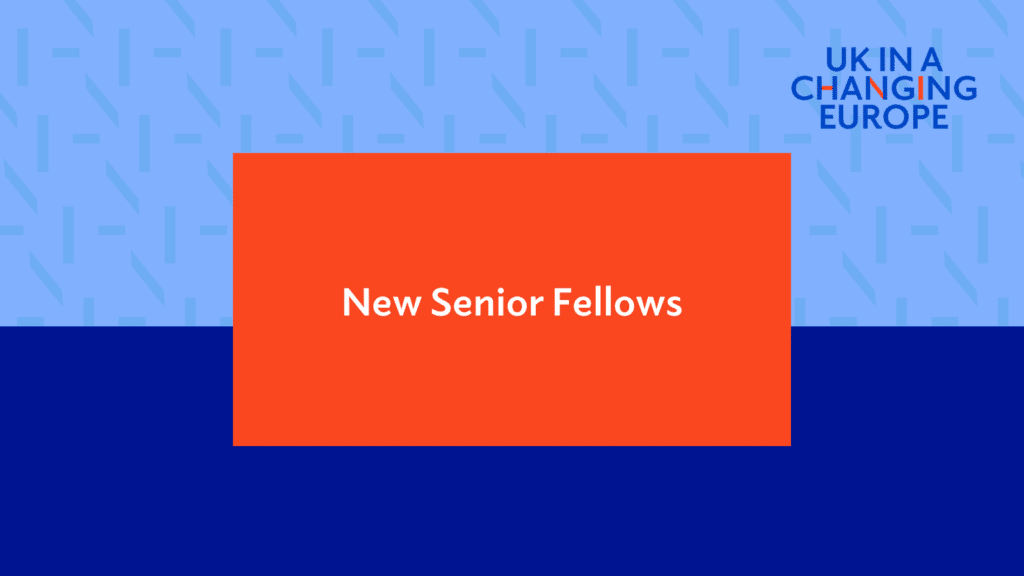 UK in a Changing Europe is entering a new phase, with renewed funding and an expanded team and agenda, focussed on three broad themes:

We’re delighted to announce that, as part of this relaunch, the Economic and Social Research Council (ESRC) has appointed ten new UKICE Senior Fellows. The new team of academics will contribute to UKICE’s programme of work by producing high-quality original research, and communicating it to policymakers, politicians, the media, and the general public.

The Senior Fellows are:

We are also pleased to announce that Professor Sarah Hall has been appointed as Deputy Director of UKICE. She brings several years’ experience as a UKICE Senior Fellow and considerable expertise on the impact of Brexit on the UK’s economic geography.

If you have any questions or would like to get in touch with a member of the new team, please contact Alex Walker ([email protected]).