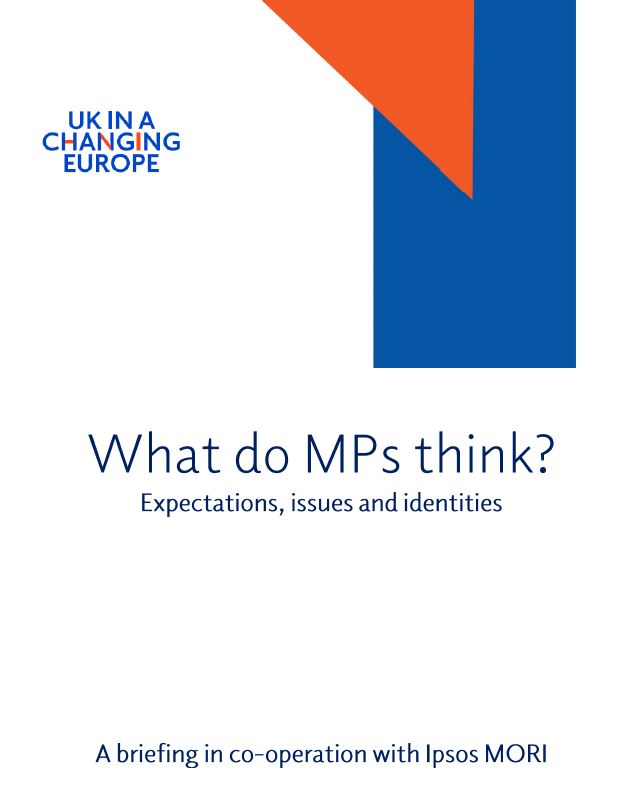 Only 23% of Conservative MPs and 25% of Labour MPs expressing an opinion think the Northern Ireland protocol is ‘a good thing for Northern Ireland’ a new representative survey of Members of Parliament, carried out by Ipsos MORI for the UK in a Changing Europe, has found.

The survey – which also asked MPs about their attitudes to Covid-19, the economy, immigration, and the environment – shows that both Conservative and Labour MPs think that Brexit is more likely to have a bigger economic impact over than next five years than Covid-19. Of those with an opinion, no Labour MP and 28% of Conservative MPs felt Covid would be more important than Brexit over the next five years; 87% of Labour MPs and 38% of Conservative MPs felt Brexit would have a bigger impact on the economy.

While most Conservative MPs felt Brexit was likely to be a good thing for the economy overall, they are less bullish about some sectors: for example, only 28% of Conservative MPs with an opinion felt the transport and haulage sector will benefit from Brexit and 48% think the creative industries will benefit.

Labour MPs are overwhelmingly negative about Brexit’s economic impact: for example, 90% of the PLP expressing an opinion expect Brexit to have a negative effect on manufacturing and agriculture and 94% expect a negative impact on transport and haulage.

MPs across both parties supported a lower income threshold in the new migration regime. 67% of Conservative MPs and 90% of Labour MPs felt the threshold should be £20,000 or less or that there should be no limit at all, compared to the current threshold of £25,600.

The research also shows big differences in MPs’ preferred migrant origins.  Conservative MPs favour immigration from Australia, with 73% of Tory MPs with an opinion say it should be ‘relatively easy’ for migrants to come from Australia to the UK, compared to 29% for France and Poland and 4% for Pakistan. In contrast, Labour MPs with an opinion say immigration should be ‘relatively easy’ for people from France (57%) and Poland (50%), compared to Pakistan (35%) and Australia (33%).

Prof Anand Menon, Director of UK in a Changing Europe, says: ‘This survey demonstrates why questions around Brexit are not going away. The Northern Ireland protocol has few supporters in Westminster, and MPs understand the economic impacts of Brexit will likely outlast the pandemic.’  You can find the full survey here.

The survey was carried out as part of Ipsos MORI’s survey of MPs, conducted twice a year for over 40 years. For this section of the survey, 47 Conservative and 37 Labour MPs were interviewed by telephone between June and August 2021.

The results, which also included 8 interviews with SNP MPs and 3 with MPs of other parties, are then weighted to provide an accurate reflection of opinion in the Commons.

For further methodological details, see the note at the end of the attached briefing. Due to rounding and the exclusion of don’t know responses, some numbers may differ from those in the published tables – and the small sample sizes (the nature of legislative surveys of this kind) mean that there are potentially large confidence intervals when interpreting this data.

Read ‘What do MPs think? expectations, issues and identities’ here.