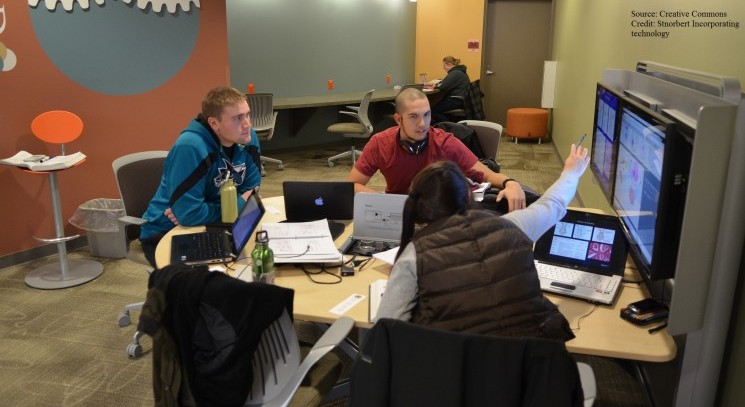 A new website is setting out to engage young people in the UK EU referendum, following research which shows some 81 per cent of 12-to-24 year olds feel that they don’t know enough about the EU and how it affects their everyday lives.

The 2014 study completed by Dr Darren Sharpe of the University of East London (UEL) shows that only 7 per cent feel that they know ‘a lot’ about the EU, and just 12% feel that the EU impacts on their lives ‘very much’.

The Economic and Social Research Council (ESRC)-funded site, ‘Me & EU’, aims to give young voters the key, relevant information which will aid and support them in making a decision in the run up to the referendum.

Launched by Dr Sharpe and Professor Matt Henn from Nottingham Trent University (NTU), the easy-to-understand webpage breaks down some of the complexities involved with the referendum, colourfully presenting information on a range of topics, including security; the environment and sustainable energy; income and economic justice; education; travel and transport.

It features videos; blogs; a live stream of tweets; links to relevant research and a questionnaire which aims to capture the voice of young people.

Professor Henn, at NTU’s School of Social Sciences, said: “Young people have a major role to play in the EU and have much to benefit from the referendum. Despite that, they are the least likely to vote, and it is important that measures are put in place to address this and to ensure that they have all the necessary information.

“We aim to help with this through our project which offers a central online information point designed to encourage young people to get registered, get informed and vote.”

“This snapshot illustrates the political sophistication and significant role of young voters. In our view, they represent a weighty but somewhat dormant voting bloc. Optimistically, the voices of young voters could redefine the future of the UK in Europe as they did in the case of the Scottish referendum. However, if young voters decide to stay at home not only is UK democracy weakened, but of equal concern is the future of the European project itself.

“Me & EU engages in EU affairs by creating an understanding of how Europe influences their daily lives and by connecting them to other young people interested to talk and share ideas on the referendum.”

The Me & EU project been launched as part of The UK in a Changing Europe initiative, an ESRC-funded project which provides impartial information, insights and analysis about UK-EU relations that stands aside from the politics surrounding the debate.

In addition to the website, UEL in association with the Institute of Ideas Debating Matters Competition, will host a public debate on the referendum on EU membership.