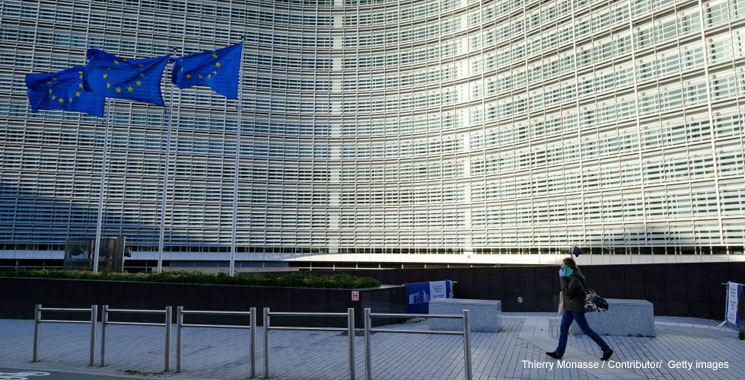 The EU is a master in watering down meaningful proposals, and it looks like it is going to do it again with the much-needed recovery fund at the July summit. The reason for this is not sinister.

The EU takes all major decisions by consensus and hence it is routinely forced into a series of uneasy compromises between the representatives of the 27 member state governments. The inevitable search for the lowest common denominator by its nature generates inadequate solutions for emerging problems.

Consensus does not tell you about the right or wrong of any policy; it only tells you that those at the decision-making table were able to find a compromise that (hopefully) satisfies their diverse national electorates.

You may say that this is how democracy works, but a democracy that does not solve problems is of little help to the people. In fact, EU history shows that consensus can create problems as well as solving them. Think about the European constitution or the fiscal compact.

The consensus in the making now centres on the recovery fund, referred to as Next Generation EU. After much intense bargaining the member states will reach an agreement that all actors will announce as a triumph of EU wisdom. Everyone will have something to take home.

The Commission will beef up its position by getting a larger budget.

The problem with Next Generation EU is that it tries to do too much to win support and not enough to address real economic problems. The grants are too small to stimulate much activity and they are not focused tightly enough on those areas most needing support.

The loans provide generous financing, but they will dribble out only in increments, and they depend too much on national governments hewing to the priorities of the European Commission.

Of course, true Europeans will agree that Next Generation EU is a major step forward. They will not call it a ‘Hamilton Moment’, perhaps, but they will tip their hats to German Chancellor Angela Merkel in her role as rotating president of the Council.

In symbolic terms, they will be right. Finding agreement now is important, just as brokering a deal that satisfies both the Dutch and Italians will be major a diplomatic achievement.

The shortcomings of Next Generation EU will show up only later as the economic impact of the novel coronavirus pandemic continues to grind up small and medium sized enterprises and to send huge numbers of Europeans into unemployment.

The recovery fund may blunt some of that damage, but it will be too small to reverse it – particularly in those countries that have been hit hardest. In two or three years, anti-EU populists across Europe will declare vindication.

Prime ministers Conte, Sanchez, and Costa will fall in the south. Northern governments will have to concede that the money they invested has failed once again to encourage necessary reforms. And in those countries to the east where populists are already in power, the EU money will allow them to stay there.

Anyone who thinks the EU budget is efficient at redistribution should think again. The budgetary data we so often see about net payers and beneficiaries is a poor reflection of the true consequences of integration.

Broader economic data shows that stronger states benefit more than weaker ones – in terms of market access, return on investments, access to skilled labour, even tax competition. The budget does little to offset that imbalance. That is why Europe’s leaders need to compensate weaker actors.

Alternatively, integration will result in divergence rather than convergence across member states.

Europe’s political leaders have long recognized this dilemma. Nevertheless, they have failed to break the inertia that consensus generates.

The timid efforts of Jacques Delors to have a sound compensating mechanism for weaker national economies were abandoned in favour of distribution based on the market mechanism. That mechanism has only made matters worse and not better, particularly after the last crisis.

No-one denies that Europe’s leaders should find an agreement that everyone can accept. But finding an agreement should not be the measure of their ambitions.

They need an agreement that will last beyond the moment – and also beyond the two to three very painful years that are sure to follow in the wake of this pandemic.

They need to forge consensus around the idea that European integration is not built as a close accounting of comparative national net contributions; it is a bold project to work together for the benefit of everyone in the union. The real prize is the one that all Europeans share.

The small victories that national governments claim after a ‘competition’ that starts at an arbitrary moment and when different countries are scattered in different places are Alice in Wonderland by comparison.