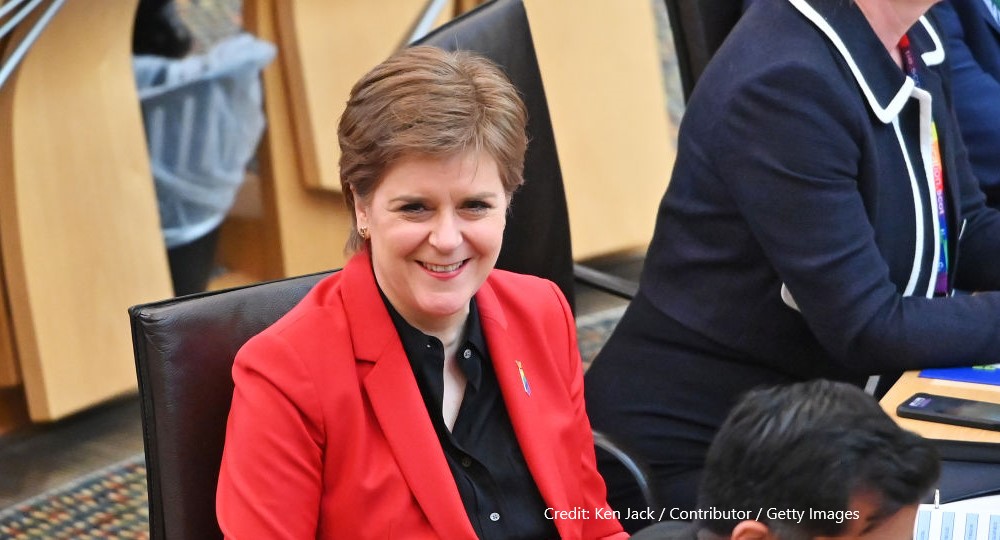 ‘There’s no such thing as a de facto referendum’. That is certainly true.

‘The Supreme Court will throw out the Scottish Government’s referendum bill, if they hear the case at all.’ That will probably be proved true.

‘The people of Scotland don’t want a referendum in 2023.’ That might be true, but it’s pretty subjective and the most recent poll shows a statistical dead heat.

These are three of the main criticisms of the independence referendum plan announced by First Minister Nicola Sturgeon last week. The overarching condemnation is that it doesn’t amount to a plan. But what the critics mostly avoid discussing is what the First Minister was supposed to do instead.

Scottish nationalism has long been based on attaining independence by entirely lawful and constitutional means. That requires the active participation of the UK Government in a process designed to facilitate independence, including a referendum. That is not available right now. For as long as that’s the case, all the leaders of the independence movement can do is try different ways of applying pressure. That is one of the most misunderstood aspects of the Bute House plan and central to understanding it.

The tactical heart of Nicola Sturgeon’s proposal is to refer her own referendum bill to the Supreme Court. But even a win following a referendum bill, however unlikely, doesn’t mean a referendum that would deliver independence. Westminster could change the law and make a vote unlawful. Or it could refuse to act on the result in advance, bolstered by a unionist boycott. The Supreme Court can choose to rule Holyrood’s referendum bill lawful, but it can’t require the United Kingdom Government to dissolve the British state.

The First Minister’s Plan B can similarly be blocked off. There is no result at the next general election, however impressive, that can compel London to begin independence negotiations (or oblige other countries to recognise Scottish independence in the event of a unilateral declaration of independence, something in any case the SNP have long ruled out).

The critical constitutional fact is that for now, even though the principle of Scotland’s right to self-determination is accepted rhetorically, there is no longer any lawful, democratic way for Scotland to leave the United Kingdom. One exists for Northern Ireland. One temporarily existed for Scotland, by dint of the Edinburgh Agreement of October 2012. But, quite deliberately, the provisions to delegate the power to Holyrood to hold a referendum on independence lapsed at the end of 2014.

Perhaps regrettably in the current circumstances, but equally deliberately, there was no agreement on, nor even any unilateral imposition of, rules as to what would need to happen to trigger a further consultation of the Scottish nation on independence in the event of a no vote in 2014. If understandable in terms of the politics of the time, it was perhaps something of a foolish assumption that a political objective that had risen in the polls from around 30 per cent at the outset of the campaign to 45 per cent at the end of it would go quietly away indefinitely.

Yet immediately after the vote, London showed no interest even in imposing clear and legally binding triggers for a future referendum on a defeated nationalist movement, nor in discussing the terms with the Scottish Government after refusing its first request for a repeat after the Brexit vote of 2016.

This leaves a constitutional no-mans-land. The same threshold that triggered a referendum following the 2011 election – a majority elected to Holyrood on a pro-referendum manifesto – has been rejected following the 2021 election. But no alternative threshold has been formally given; the Secretary of State for Scotland and the Prime Minister have ad-libbed about various triggers in public appearances, with the earliest allowable dates ranging from 2039 to 2055. In effect, the message from London is to go and crawl under a rock till the end of the 2030s, at least.

That is a message that London is legally entitled to give. Or at least that’s the widely held assumption the Scottish Government is saying it is testing. So it’s off to court we go. But the court case’s significance is more political than legal. As already noted, an unlikely win for the Scottish Government leaves London with a set of political choices rather than the inevitable prospect of a binding independence referendum.

What’s more interesting, not least because it’s more likely, is thinking through what a defeat for Nicola Sturgeon will look like. The court will not rule that it’s too soon since the last referendum, or that the people of Scotland don’t want another vote.  Those are political, not legal, arguments. What it will in effect rule, though the wording will be crucial, is that – in law – Scotland is not really a nation, and certainly doesn’t have the legal right to secede from the United Kingdom. Scotland is part of a unitary state, not a voluntary union that one party can leave.

Unionists are busy denouncing the ‘pretend’ referendum of the Scottish Government. They are paying less attention to the political consequences of a Supreme Court ruling – on the basis of UK Government arguments – that Scotland is, in law at least, a ‘pretend’ nation. We already have one example of constitutional courtroom cut-through this decade: Northern Ireland unionists took a seemingly hopeless case against the Protocol to the courts and as expected, so far, they’ve lost.

But in the process they’ve elicited the politically incendiary ruling that the Protocol has effectively repealed part of the Union With Ireland Act granting (Northern) Ireland’s citizens equal trading rights with those in Great Britain. That ruling significantly intensified unionist opposition to the Protocol. Will a constitutional showdown over an independence referendum yield a similarly politically toxic conclusion?

Whether it does, or doesn’t, a Court defeat then puts the focus squarely back on votes, not laws. While it has not been officially confirmed, the threshold set by the First Minister seems to be attracting more than half the popular vote in the next general election. This is a very high hurdle – even in the SNP’s near clean-sweep in 2015 it fell fractionally short. And even if the goal is met, all it secures is political bragging rights and the perceived right to exert more powerful political pressure.

But if the gamble concerning a referendum bill fails, one assumes the current leadership of Scottish nationalism makes way, and the movement regroups, taking the prospect of a referendum off the table for the rest of the decade. But therein lies a longer-term strategic threat to the United Kingdom – polls consistently show a strong lead for independence among younger Scots. Deferring a second plebiscite into the 2030s might ultimately benefit those who currently affect to object most to that delay.

By Ciaran Martin, Professor of Practice in the Management of Public Organisations at the Blavatnik School of Government, University of Oxford.