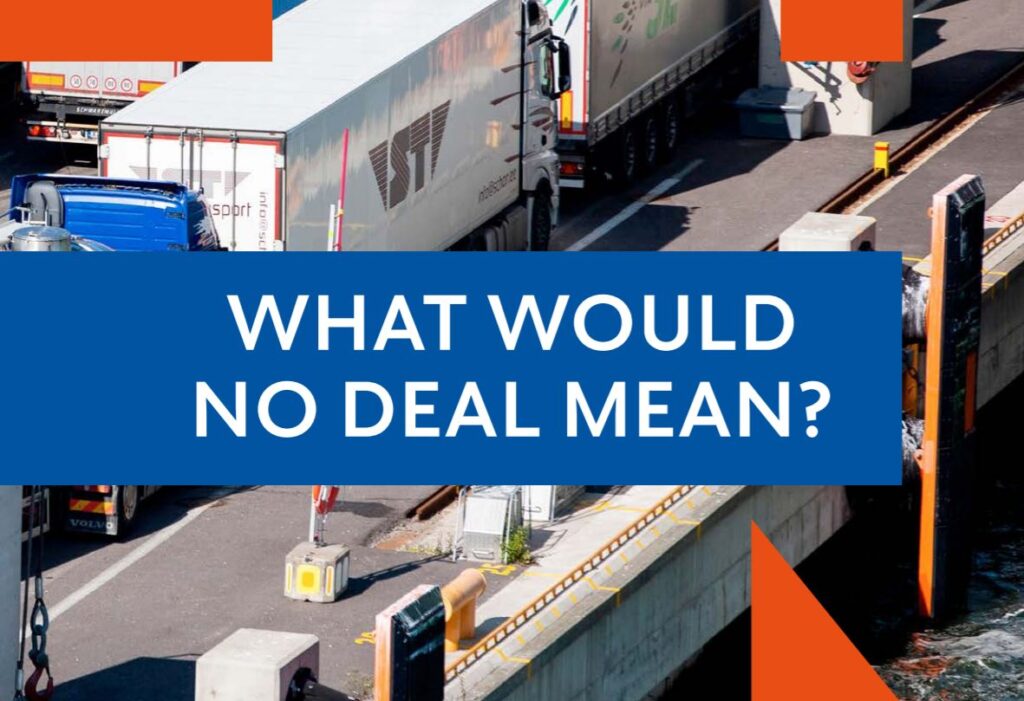 The most immediate and visible impact of a no deal with the EU will be seen at the border, with risks of queues and shortages of food, a new report by academic think tank UK in a Changing Europe finds.

The report, What would no deal mean? finds no deal will also mean hassle for British citizens who will need to do more preparation before travelling to the EU.

This includes the need to bring an international driving permit and green card to drive or take a car to EU countries.

European Health Insurance Cards will no longer be valid, so travel insurance will be required. Older travellers, or people with pre-existing conditions, may find it harder and more costly to travel.

It might also mean the UK is not given the go-ahead on data adequacy or on equivalence for financial services – decisions that are down to the EU to make alone, which it has linked to the negotiations.

The continuing impacts of Covid-19 may mitigate or obscure – politically or economically – the impact of no deal. But in the short run no deal will be bad news for a UK recovery and in the long run Brexit is likely to be more significant than Covid-19.

UK in a Changing Europe modelling with the LSE of the impact of a no-deal Brexit suggests the total cost to the UK economy over the longer term will be two to three times as large as that implied by the Bank of England’s forecast for the impact of Covid-19.

The Protocol was devised to ensure that, even if there was no UK–EU deal, there would be no physical border on the island of Ireland and the Good Friday Agreement would be upheld. If the UK explicitly rejects the Protocol it has signed, it is hard to see an outcome that does not lead to significant political turbulence.

No-deal impacts can and will be partly mitigated by effective preparation. But this challenging task has been made significantly harder by the diversion of people and resources within government to deal with the response to Covid-19 and by the strain the pandemic has placed on businesses across the country. Brexit has fallen way down their list of priorities.

In many respects, the outcomes in a no-deal scenario are close to the deal the prime minister wants.

Any deal will be relatively ‘thin’ given the UK’s red lines. Both sides accept that it will cover little more than tariff- and quota-free access for most goods.

Consequently, deal or no deal, there will inevitably be disruption on 1 January and there will be significant new barriers to trade involving customs checks, regulatory barriers, an end to mutual recognition across a wide variety of products and services. But no deal will be more disruptive because it means tariffs on trade both ways.

That will affect producers in exposed sectors, especially cars and agrifood, but also consumers. All businesses who trade with EU will be affected by extra bureaucracy.

The EU may implement some mitigating measures – but the UK cannot depend on them, particularly if the talks break down acrimoniously. If they do, and especially if the UK proceeds with the UK Internal Market Bill, the EU is less likely to put in place the unilateral mitigations that it had ready last year in areas such as air and road transport. There is a risk each side might seek to maximise economic damage to the other in retaliation – so there’s potential for significant disruption.

Other impacts of no deal include:

Professor Anand Menon, director of the UK in a Changing Europe, said: “While the prime minister said no deal is a ‘good outcome’ our report shows that it may lead to significant disruption and will have a significant negative economic impact.

“As significant will be the political fallout of no deal, particularly with the UK and EU, but also inside the UK, particularly Northern Ireland, and internationally too.”