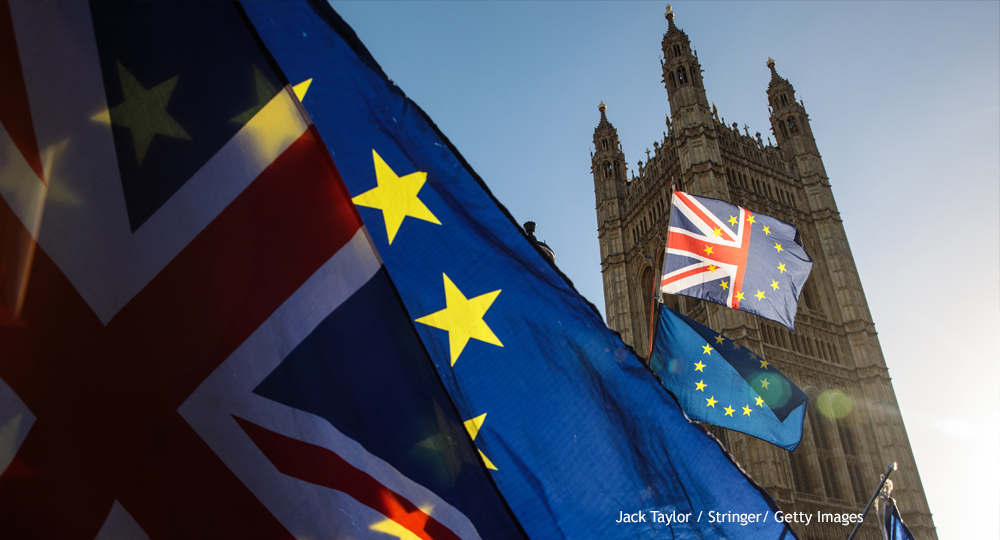 The continuing effects of the pandemic may mitigate or obscure – politically or economically – the impact of no deal.  Whatever the headline growth figures in early 2021, it will be very difficult to attribute economic outcomes to Brexit.

However, assuming a reasonably strong recovery, and that government policies succeed in avoiding persistent mass unemployment, Brexit is likely to have a more significant impact in the long run.

Our modelling with the London School of Economics of the impact of a no-deal Brexit suggests that the total cost to the UK economy over the longer term will be two to three times as large as that implied by the Bank of England’s forecast for the impact of Covid-19.

No deal will result in immediate and substantial tariff and non-tariff barriers on UK exports to the EU. And the UK will apply the new UK Global Tariff to imports from the EU and other countries with which it does not have a trade deal. Free movement will also come to an end.

This represents a major set of changes, in both economic and administrative terms, to the UK’s trading relationships. Preparing for this was always going to put pressure on the capacity of government, especially HMRC and the Home Office, and of businesses that currently rely on frictionless trade and on knowing what rules apply.

The result could be delays at ports, reluctance to contract across borders and difficulties in filling jobs. All of these will have short-term economic consequences.

They could also have longer-lasting impacts if they tarnish the UK’s reputation for competent governance and administration. If the world’s introduction to Global Britain is a customs border where imports and exports are not processed expeditiously or a dysfunctional immigration system, then this will not bode well for the post-Brexit era.

But if the continuing impacts of Covid-19 mean that trade, travel, immigration, and tourism are still subject to health-related restrictions, the pressure on borders may be much less, so the frictions and costs imposed by Brexit may not do that much additional damage.

With unemployment rising sharply, the need for immigration to fill skill or labour shortages may be reduced. And with remote working now the norm in many sectors, new Brexit-related barriers to business travel are less likely to have a major impact.

A no-deal Brexit may act as a drag on economic recovery after Covid.

However, a no-deal Brexit may act as a drag on economic recovery after Covid. Both UK and foreign businesses will be seeking to re-establish themselves in international markets and to rebuild their supply chains, with a particular focus on resilience to future health-related disruptions, and perhaps on reducing reliance on China.

The risk is that, as they do this, EU-based businesses will seek to avoid UK suppliers, and that multinationals will seek to minimise the degree to which trade crosses the new border.

Brexit could exacerbate the longer-term impacts of our recovery: we could see reduced trade and foreign direct investment, and the resulting likely drag on productivity growth.

Trade deals with other countries, in particular the US, might offset this a bit, but both the government’s own analysis, and that of independent economists, suggests that such positive impacts are likely to be small. Geography still matters when it comes to trade.

What are the upsides? Without EU-imposed constraints on the domestic regulatory environment, the UK will have considerably more flexibility over environmental, labour and other regulation; and on competition policy and state aid.

However, economically significant changes to environmental and labour rules seem unlikely; there is little or no political constituency in the UK for reducing such protections.

Increased autonomy over state aid will make it easier to implement an aggressive industrial strategy, which if successful might help improve productivity, but the UK’s historical experience is not encouraging.

So the overall economic impact of a no-deal Brexit is likely to be dominated by its effects on trade with the EU.

So the overall economic impact of a no-deal Brexit is likely to be dominated by its effects on trade with the EU. Our modelling suggests that this might reduce UK GDP by up to 8 per cent over a decade, compared to EU membership.

The government’s analysis, published in 2018, reaches similar conclusions. GDP wouldn’t fall; rather, the impact would be felt as a persistent and long-lasting reduction in growth.

It is possible that the Covid-19 pandemic will result in longer-term shifts in the pattern of economic activity. Some analyses have suggested that the sectors most impacted by Brexit, in particular manufacturing and some tradeable services, have little overlap with the sectors hit hardest by Covid-19 and the associated restrictions.

While this should at least spread the pain, it also means that the contention that Brexit-related disruption is less visible and damaging may be misplaced. It will also make it harder for the UK to “grow its way out of trouble”.

Overall, a no-deal Brexit would represent a further major economic shock to a UK economy still recovering from the largest such shock in living memory.

By Jonathan Portes, senior fellow at UK in a Changing Europe and professor of economics and public policy at King’s College London. The piece was originally published in The Independent.