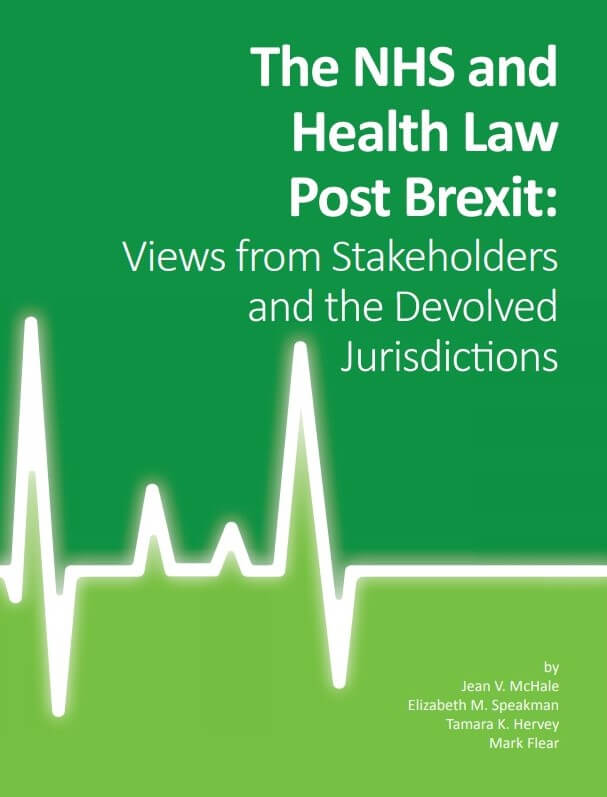 In the case of a no-deal scenario, it appears inevitable that there will be some impact on NHS delivery of services, recruitment of healthcare professionals and access to medicines. Very clear contingency planning may ameliorate some of the impact, reveals a new report by the academic group The UK in a Changing Europe, which includes researchers from the University of Birmingham.

The report, entitled ‘The NHS and Health Law Post Brexit: Views from Stakeholders and the Devolved Jurisdictions’, evidences major concerns expressed by interviewees as to the position of cross-border care in the border regions of Northern Ireland and the Republic of Ireland.

This provision is currently facilitated by a combination of EU law and bilateral agreements. Concerns were also raised that a no-deal scenario may lead to an exclusion from the EU Patients’ Rights Directive.

This could impact upon patient care in Northern Ireland where currently some patients have been referred to other EU member states for treatment. It is uncertain whether there will be attempts to continue such referrals post Brexit. While bilateral agreements with other EU member states may still be utilised as a means of addressing waiting lists, this may incur greater costs.

More broadly, the report considers the impact of Brexit on the NHS in the devolved jurisdictions from the perspectives of professionals and patients, pharmaceuticals and public health.

The report draws upon 22 semi-structured interviews with key stakeholders in the health sector in England, Northern Ireland, Scotland and Wales. The report shows experts on the ground are concerned about many aspects of health post-Brexit.

There are particular worries about a No-Deal Brexit, especially in Ireland; in terms of supply of basic consumables to hospitals and in how robust current practices for responding to shortages would be.

Professor Jean McHale, research leader for The UK in a Changing Europe and director of the Centre for Health Law, Science and Policy, University of Birmingham said: “Our research shows that there remains considerable concerns amongst stakeholders in relation to the impact of Brexit on the NHS.

There are particular worries regarding the impact of a no-deal Brexit on the island of Ireland, on staffing , the supply of consumables to hospitals, access to safety and vigilance networks and  on public health in the future.”

Other key findings of the report are: