No deal can be worse than…no deal: pitfalls of unilateral Brexit 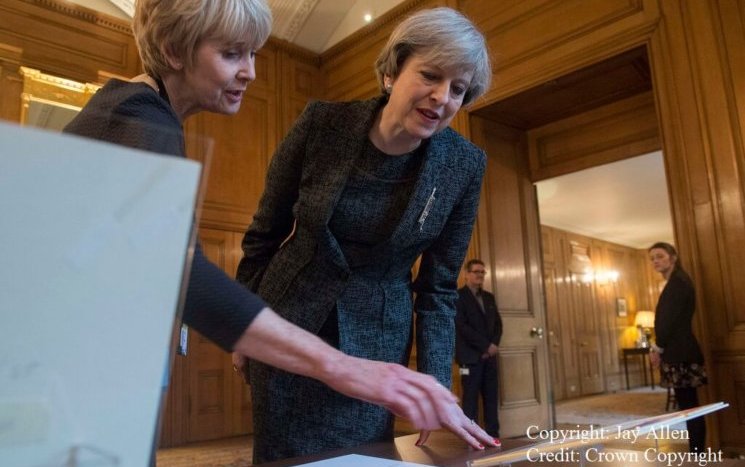 Last summer Theresa May famously told us that “Brexit means Brexit”, and gave no further detail. It was only early in 2017 that the Government unveiled its plans, which included a rather blunt threat that it was ready to walk out without any agreement, should the deal on offer be not good enough. Bearing in mind the potential consequences of such a disorderly Brexit, one would reasonably expect that before speaking about in this way, the government had carried out a thorough analysis of what it might entail.

Alas, this had not been the case. The Brexit Minister David Davis was eventually forced to admit that the Government has not done its prep work before making its position public. In fact, the Government also refused to provide evidence to the House of Commons Foreign Affairs Committee, as part of its enquiry into implications of ‘no deal’.

All of this gives an impression of the distinctly haphazard planning behind what is perhaps the most complicated political and legal exercise in decades. It is particularly worrying when one examines what can go wrong, and lead so might lead to this ‘no deal’ outcome.

Although Article 50 gives preference to an orderly withdrawal based on a treaty arrangement – a view which seems to be shared by the UK and the EU – it does impose a two year negotiation period. By choosing to trigger Article 50 at the end of March the Government shot itself in the foot, since little real progress can happen until the elections in France and Germany are out of the way (and let’s not forget the traditional summer recess of the EU institutions).

So as early as the end of this year it may become clear that the negotiation period needs to be extended. But this requires the unanimous decision of the member states, and so perhaps rather than waving ‘unilateral walkout sword’, the Government should start by looking for friends on the EU side to support the case for an extension.

Even if the negotiations are completed on time and to the satisfaction of both sides, a few surprises may be waiting around the corner. The European Parliament may not approve the deal if its demands are not met, and should that happen, the parties will be forced to go back to the drawing board.

Likewise the Court of Justice may play a role, since, under Article 218 (soon to be the ‘new Article 50’ – the clause on everyone’s lips), a request for opinion may be submitted by one of the key EU institutions, or even by a single member state. That would, in all certainty, derail ratification of the Brexit agreement.

And although both sides hope that the Brexit agreement can be concluded by the EU within its exclusive competences, as the negotiations progress it may turn out that that the deal goes beyond what the EU is allowed to conclude by itself. This would mean that the deal would require a mixed treaty, and so 27 ratifications, to go through. The stakes would be high, as without a decision the UK would crash out of the EU on 29 March 2019.

Without a shadow of doubt, crashing out in this way would cause major political and economic damage and, by the same token, lead to a great deal of legal uncertainty.

First, the United Kingdom would cut itself off from its main trading partner. Leaving the discussion about trade surpluses or deficits aside, a disorderly Brexit would likely hit the economy. Recourse to the WTO regime is the worst option possible: not only would it not be automatic and instant, but it would also lead to the imposition of tariffs. Furthermore, one has to remember that the WTO framework is not as comprehensive as the EU’s legal order, hence UK-EU relations would become rather patchy, to say the least.

It is certainly true that many other countries trade quite happily with the EU via the WTO rules. But it must also be remembered that none of these are, in their trading relations, anywhere as near to the EU as the UK currently is, as a member. From a political, legal and economic standpoint this is a qualitative difference one should not forget.

Second, such a disorderly Brexit would create massive uncertainty for the many individuals and companies which currently benefit from the internal market. Contracts would be terminated or even breached, residence rights put into question and trading heavily distorted – if not suspended altogether.

Third, it would put even more pressure on the UK’s administrative machinery – notably the civil service and the customs authorities – which towards the end of two years of negotiations are likely to be suffering from Brexit fatigue.

Fourth, the UK would also lose all free trade and preferential agreements with third countries that it currently benefits from as an EU member state. Although it is likely to lose them regardless of the mode of exit, one should not be surprised if both sides attempt to extend the application of such agreements during the transition phase. Such a solution is likely to be put on the negotiating table in the coming months. Without it the trade relations with third countries would fall under WTO rules but – of course – only with those countries that are WTO members.

Fifth, a disorderly Brexit would also create a climate of political hostility between the UK and the EU. It would make the negotiation of future trade agreements very difficult.

Sixth, the status of EU rules in the UK’s legal order would still have to be properly resolved. For now, the EU acquis is likely to be largely copy-pasted, and re-labelled as law of purely UK origin. In itself, this is a gargantuan task. The Great Repeal Bill is in fact a Great Etikettenschwindel Bill, and in reality it will prove to be far more problematic and resource thirsty than the authors of the White Paper believe.

It will be also hard to defend, since for many backbenchers and ardent Brexiters it doesn’t go far enough. Were the UK to crash out of the EU without a deal, the domestic political climate would become all the more fraught, making the passage of this Bill far harder than is currently anticipated.

All in all, ‘no deal’ is the worst possible scenario, and one that should be avoided at all costs. Instead of suggesting options that are not well thought through, the Government should urgently but thoroughly analyse the implications of unilateral Brexit and make them clear to the members of the public. This analysis should cover both the mechanics of such a chaotic exit, and the political, legal and economic consequences.

Such a recommendation was made by the Brexit Committee in its recent report. One thing is clear. Brexit is irreversible but it should not amount to an act of political vandalism. Hence, a properly regulated withdrawal, addressing pertinent legal issues is a must. Unilateral Brexit should be nothing more than an academic exercise.