No deal preparations must be wide ranging 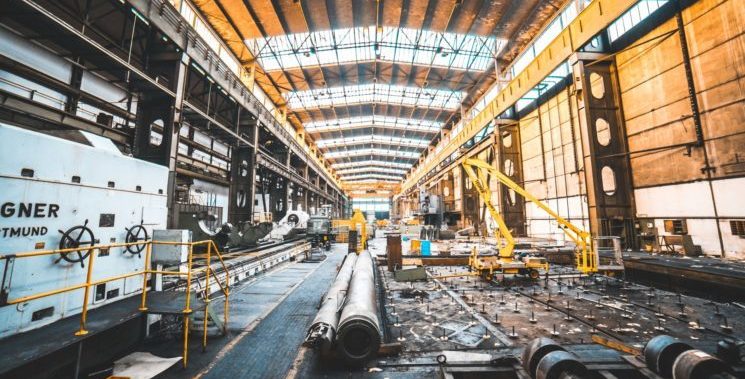 Despite Parliament legislating to avoid a no deal Brexit next month, Prime Minister Johnson has said he would rather “die in a ditch” than write a letter asking for another extension to Article 50.

There remains considerable uncertainty about when and how the UK will leave the EU and whether with a deal or not.

The possible impacts of no deal have been set out in the recently released summary of Operation Yellowhammer which corresponds with detailed analysis undertaken by the UK in a Changing Europe programme in its recent no deal Brexit report.

That report stresses that no deal will not “get Brexit done”, rather it will usher in a period of prolonged uncertainty for citizens, workers and businesses and one which is unlikely to be resolved anytime soon.

In terms of goods and manufacturing, the immediate impact of no deal would be felt keenly by manufacturing sectors which operate fine-grained ‘just-in-time’ (JIT) production, operations and logistics systems across Europe.

Think of aerospace firms such as Airbus, major automobile assemblers such as Nissan, Toyota, Honda, Jaguar Land Rover, BMW, Vauxhall and Ford (in the latter case engines), and automotive component suppliers such as GKN here in Birmingham.

The operations of many manufacturing firms run on short delivery and production schedules with inventory levels often kept at just a few hours so as to ensure low cost and high efficiency.

For firms like these, just-in-time systems underpin the whole logic of their activities and they will face major challenges adjusting to the delays and uncertainty of customs and border checks in the event of no deal.

While manufacturers undertook frantic stock-building in the run up to the original end-of-March deadline to mitigate some of these risks, there is a limit as to how far this can go as holding high levels of stocks undermines the very efficiency and quality of production and delivery systems.

In addition, rapid and widespread switching to local UK suppliers isn’t possible as so much of the value-added in sectors such as automotive is already imported (something like 60 per cent of the components going into a UK assembled car are on average imported, mainly from the EU).

The UK’s supply base simply isn’t geared up to supply many of these components. ‘Reshoring’ component supplies is a long-term business needing a dedicated industrial policy to back it up.

That in turn requires some major policy developments. Essentially, customs delays under a no-deal Brexit would throw a big spanner in the works of JIT systems commonly used across UK and EU manufacturing.

Auto makers shut down plants back in April in anticipation of possible no deal disruption then and firms like Toyota and BMW are again warning of plant stoppages in November.

Another major issue in the event of no deal would be tariff barriers for some manufacturing sectors – for example this would push up import and export prices of cars and impact on exports and hence production in the UK.

The short run production hit for the auto sector arising in this way from no deal has been estimated at around 175,000 cars a year (that’s not including the Honda closure) which is over 10 per cent of UK car output.

Longer term, there is a significant risk that some firms would consider shifting production activities outside of the UK. Honda and Ford have already announced the closures of plants in the UK for a variety of reasons – Brexit uncertainty being seen by many as one factor.

Other assemblers may follow in the event of a no deal, especially when new model production is being planned.

Peugeot has already stated bluntly that no deal would mean no investment at Vauxhall at Ellesmere Port (the current Astra model is due to be replaced in 2021).

Longer term, the effects of no deal could be worse than the short term hit as investment in new models in the UK may be lost.

If decisions on where to build new models go against the UK under a no deal scenario then annual UK auto production could be over 500,000 units lower in the second half of the next decade than under a managed, orderly Brexit deal.

The shock to the auto industry of no deal would have negative impacts on UK automotive and manufacturing, including its suppliers, workers and the places hosting such activity, especially here in the West Midlands.

A range of measures to anticipate and respond to shocks would be needed. Business support would need to help otherwise viable component supply firms through measures such as loan funds, temporary wage subsidies, diversification advice and tax and rate relief.

Workers would need support in terms of training and retraining. Places affected would need measures to remediate sites, improve connectivity and regenerate places, in turn raising questions over the degree of devolved powers to achieve this.

While no deal preparations are under way, it is not clear that the government is prepared for such wide-ranging policy interventions to deal with such shocks.

By David Bailey, Senior Fellow at The UK in a Changing Europe and Professor of Business Economics at Birmingham Business School. This article originally featured in BusinessLive.