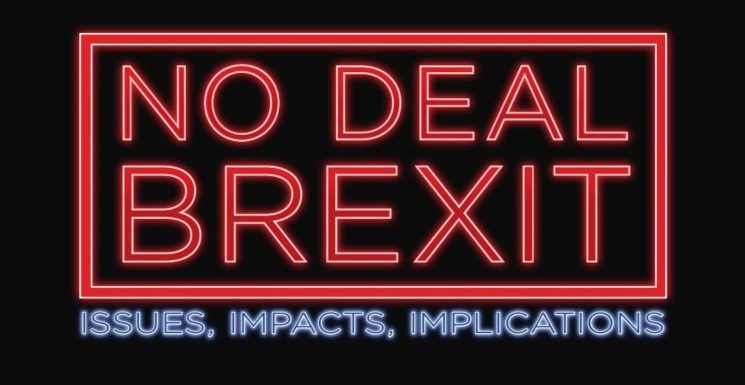 No deal will not “get Brexit done” rather, it will usher in a period of prolonged uncertainty for citizens, workers and businesses, which is unlikely to be resolved anytime soon, a new report by academic think tank The UK in a Changing Europe reveals.

The report – No deal Brexit: issues, impacts and implications – shows that once the UK is outside the Article 50 framework it will be far harder, and take far longer, to get a deal with the EU. All member states’ national (and some sub-national) parliaments would need to ratify any deal.

The EU is unlikely to start negotiating a future relationship with the UK until the major issues in the Withdrawal Agreement – citizens’ rights, the divorce bill and the backstop – have been resolved. And the EU could withdraw or allow to expire any of the unilateral mitigations it has put in place, such as on road and air transport.

While the UK’s priority will be the continued flow of goods – even if this results in loss of tax revenue – the EU has emphasised it will implement existing rules, rather than prioritise the maintenance of trade flows.

The imposition of tariff and non-tariff barriers between the UK and its largest trading partner will be a major shock to the UK economy. Beyond that, the fall in the pound – most if not all of which will be priced in well before October 31 – will push up inflation, as after the referendum, reducing real wages.

However, disruption on day one may not be as immediate and visible as earlier reports have predicted. Businesses, and government, have put in place contingency plans to mitigate against the worst effects. Therefore, the financial system will not collapse, the stock market will not crash and interest rates won’t skyrocket.

But much is unknown: how consumers might behave, how business will react, and the policy response both here and in the EU. A recession is highly probable – but its depth and severity are uncertain.

The UK economy will, however, eventually adjust to the new realities of life outside the EU. Our earlier research, which analysed the long-run effects of trading with the EU on World Trade Organisation (WTO) terms, found that, after 10 years, a WTO Brexit would reduce the UK’s income per capita by between 3.5% and 8.7%.

Other report highlights include:

Professor Anand Menon said: “Clearly it is difficult to make hard and fast predictions about what the implications of no deal will be. Equally, its immediate impact might not be as severe as some people are claiming.

“What our report makes clear is that leaving without a deal will have significant negative consequences for the UK economy. Nor will it mark the end of Brexit, merely herald in the start of negotiations that promise to be significantly more difficult than those we have witnessed to date.”