No deal with the EU means no deal at Stormont 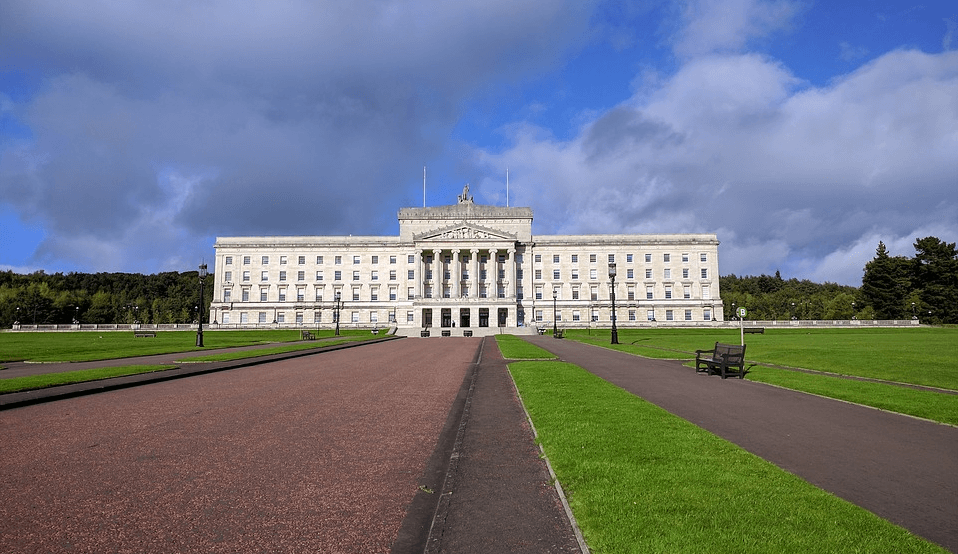 Standing in Downing Street shortly after visiting Buckingham Palace, Boris Johnson pledged to be “a Prime Minister for the whole United Kingdom” by “uniting our country” and “renewing the ties that bind us together.” He may discover that it will take more than optimism to promote a sense of harmony across the “awesome foursome.”

Having visited Scotland and Wales earlier in the week, the new Prime Minister saved the most challenging segment of his tour of the devolved regions to last. Northern Ireland is home to just 2.8% of the UK’s population, but its small size and peripheral location in no way reduce the magnitude of the region’s difficulties.

As if you need to be reminded, Northern Ireland will be the only part of the UK to share a land border with an EU member state – and its recent history of conflict makes this sensitive issue much more than about simply maintaining frictionless trade.

First, can he help to restore the region’s power-sharing institutions at Stormont? And, second, can he secure an exit from the EU that works for Northern Ireland? These are also tests of the Prime Minister’s commitment to the principles of the Good Friday Agreement; how he approaches each of them may have long-lasting consequences for Northern Ireland’s future status and stability.

Let’s start with the challenge of governing Northern Ireland itself. The Prime Minister said he attaches “huge importance to the letter and spirit of the Belfast/Good Friday Agreement,” but a power-sharing government comprising unionists and nationalists is just one aspect of its realisation.

Among other things, the Agreement requires that “the power of the sovereign government with jurisdiction (in Northern Ireland) shall be exercised with rigorous impartiality on behalf of all the people in the diversity of their identities and traditions.”

The DUP’s confidence and supply agreement with the minority Conservative government certainly complicates this dimension. Paradoxically, it also helps to explain why the UK government has so far refused to impose direct rule in the absence of a devolved power-sharing administration at Stormont – despite pressure from the DUP and other unionist parties. It knows that it would be the surest way of alienating the nationalist community and the Irish government.

Still, the DUP’s degree of influence at Westminster has arguably already undermined the UK government’s impartiality – a perception not helped by the fact that Boris Johnson held a private dinner with senior DUP politicians on his arrival in Belfast.

Maintaining such close relations with the DUP may help to consolidate the Prime Minister’s position in the House of Commons, given the parliamentary arithmetic, but the exclusive nature of this relationship will not help to rebuild trust between the parties at Stormont.

It should be noted that this lack of trust did not begin in the aftermath of the 2017 general election. Long before the DUP’s confidence and supply arrangement with the Conservatives, it was already divided with Sinn Féin, the largest nationalist party, over a renewable energy scheme, dealing with the past, Irish language legislation, same-sex marriage, abortion and, of course, Brexit.

While Westminster has taken the initiative on same-sex marriage and abortion, it remains largely a matter for Northern Ireland’s political parties themselves – not Boris Johnson – as to whether or not they have the will to reach a deal to restore power-sharing.

But the Prime Minister can certainly influence the incentives available to the parties. Let’s focus on the issue of Brexit, which brings us to the second, much broader, test for the new Prime Minister: can he secure an exit from the EU that works for Northern Ireland? You may be inclined to challenge the premise of the question, given the fact that 56 percent of voters in Northern Ireland opted for Remain in the 2016 referendum.

That said, survey evidence from early 2018 found significant cross-community support for a compromise outcome: over 60 percent of Protestants and 60 percent of Catholics supported the whole of the UK leaving the EU but staying in the customs union and single market. This appears to have been driven by a widespread desire to avoid any new form of ‘border’ – either down the Irish Sea, or on the island of Ireland.

That ‘soft Brexit’ ship has long since sailed – if it was ever a realistic outcome. Instead, Theresa May’s government stood by its red lines of pursuing an exit from the EU that involved exiting the customs union and single market. This always created a logical tension: how could the whole of the UK leave the single market and customs union without the need for any new checks at its only land border with the EU?

The backstop, as an insurance mechanism, was the consequence of these red lines. In principle, it is widely supported in Northern Ireland – by businesses, trade unions and farming groups.

Moreover, a LucidTalk poll in December 2018 found that 65 percent of the public support its key elements. However, it is opposed by a majority of unionists – not least the DUP. In this respect, the party strongly welcomes Boris Johnson’s insistence that there can be no deal with the EU if it includes the backstop.

It is this outcome that seems more likely than ever. The UK government now says it will not even enter negotiations with the EU unless the latter pledges to drop the backstop, without signaling ways in which it would be prepared to compromise. It also says that it will be the EU’s fault – not the UK’s own choice – if the UK is ‘forced’ to exit without a deal. Meanwhile a number of Tory MPs have made it clear that the dropping the backstop isn’t their only problem with the Withdrawal Agreement.

Northern Ireland’s political parties will be very familiar with these tactics: setting preconditions before entering negotiations, refusing to budge from entrenched red lines, pointing an early finger of blame, adding an increasing number of items to a shopping list. These are just some of the hallmarks of a process that isn’t going to end in a deal – as the last two and a half years have shown in Northern Ireland itself.

Direct rule from London will be inevitable under these circumstances, an outcome that nationalist parties will find particularly unacceptable. The SDLP says only joint authority with Dublin would “sustain the spirit of the Good Friday Agreement,” while Sinn Féin will double down on its calls for a referendum on Irish unification. Such calls may grow harder to ignore.

If Boris Johnson really does plan for the UK to depart from the EU without a deal on 31 October, it will in turn make it much harder to secure a deal among the parties at Stormont.

Ironically, if the real obstacle to a deal with the EU is the “anti-democratic” backstop, the Prime Minister is yet to explain how his approach will deliver a higher quality of democratic governance for Northern Ireland in this double ‘no deal’ scenario.