No deal would have a severe impact on farmers, food and the environment 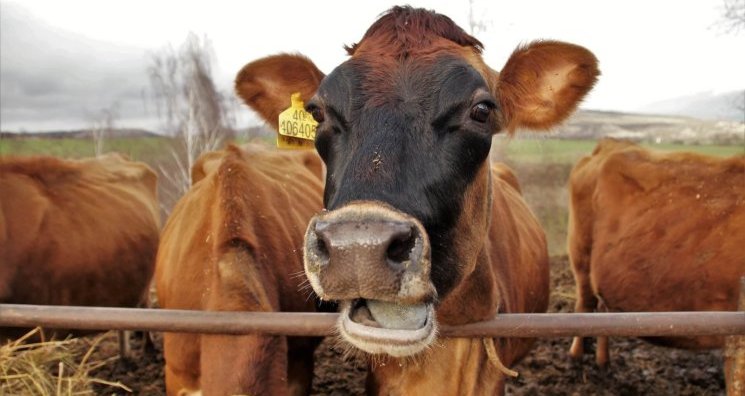 Farming is a strategically important sector for the United Kingdom. Agriculture provides jobs, drives growth in rural communities and produces the raw materials for a domestic food industry employing 3.8 million people and generating £113bn in value for Britain’s economy.

It is clear to us that a disorderly Brexit would have a severe impact on agriculture, not just on farm businesses, but critically also on the environment and the wider food industry, as well as the public who enjoy and rely on a safe and affordable domestic supply of high quality British food.

While the impact can never be precisely predicted, it is clear to us that for food and farming, and more broadly for our natural environment and rural communities, there are serious implications of a no deal Brexit.

In a no deal scenario, EU legislation relating to trade with third countries would effectively result in an embargo on the export of UK animals and animal based products (meat, eggs, dairy, etc.) to the EU.

This is because the EU requires third countries to be listed as an approved country for export to the EU. The UK does not currently have this status, and it could take months after Brexit for such status to be granted.

In 2017 the total value of agri-food exports in animal and animal products was £3.15 billion. The lamb industry would be particularly impacted given that in 2017, 31% of domestic sheep meat production was exported, and 94% was destined for the EU.

Uncertainty over both future export and import tariffs is also a cause for concern. In a no deal scenario, there would be a strong incentive for the UK government to continue zero tariffs on goods from the EU27, in order to maintain food prices.

Under WTO rules the reduction or elimination of tariffs on any product would have to be applied to all imports, regardless of where they come from – so we could have to reduce tariffs on all food imports to the UK.

Numerous economic models show that unilateral reduction of tariffs, including on food produced to lower environmental and animal welfare standards, would have a devastating impact on Britain’s farmers.

In 2017 60% of UK food, feed and drink exports were to countries within the EU. In a no deal scenario, UK exports to the EU would face the same tariffs as goods entering the EU from third countries without a preferential trade agreement. This could result in the imposition of a 27% tariff on chicken, 46% on lamb, and 65% on British beef.

Farmers need lots of supplies, including fertilisers, plant protection products, machinery parts and animal feed. Many of these are distributed via closely integrated and fast moving European supply chains.

For example, we import over 90% of our animal vaccines and medicines, and it has been estimated that 20% of veterinary medicine products could face shortages, especially vaccines and biological products.

For many of these products it is simply not possible to stockpile, as products have strict sell-by dates and often require refrigerated storage.

In a no deal scenario, the EU will no longer recognise UK organic certification bodies, and so we will not be able to export organic products to the EU. The process for applying for approval can only commence after we leave, and can take up to nine months.

The overall export value of organic products in 2016 was around £188 million. Organic exports are particularly important for the dairy industry, accounting for around 20% of total organic sales.

This is not an exhaustive list, but even in the event that some of these impacts were mitigated, collectively they would still represent a fundamental threat to the future of our food and farming sectors.

The impact would go well beyond just the members we represent – important as they are to us – affecting the safety, choice and affordability of the food available to the British public, as well as the ongoing management and upkeep of our precious farmed landscaped, which covers over 75% of the UK’s landmass.

These are not scare stories, but real possibilities.

Brexit will mean that, for the first time in a generation, UK politicians will have direct responsibility for ensuring our nation is properly fed.

Yet, in the face of this fundamental responsibility, there is a very real risk that a disorderly Brexit will lead to an immediate reliance on overseas imports, produced to lower standards, while many UK farms struggle to survive.

The implications, not only for domestic food supply but for the careful management of our cherished countryside, would represent an historic political failure.

The NFU remains committed to playing our part in managing Brexit in the best interests of farmers and the UK public. However, we believe that leaving without a deal on 29 March will lead, very quickly, to the opposite outcome.