No European country should take the union for granted 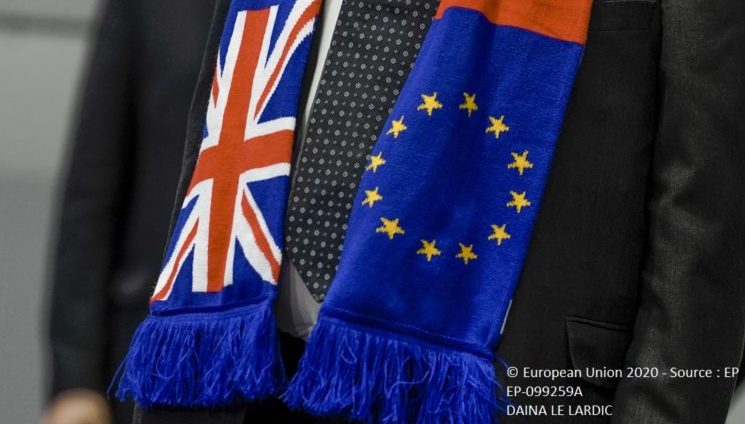 In the past few days many journalists have asked British MEPs like me how we feel to be losing our jobs at the end of this week. It is always framed in those terms: the job. Obviously it is sad and something I would not want, but it is the sense of loss of identity that is so much harder to cope with, than the loss of the job itself.

This job – wonderful, fulfilling and rewarding as it is – is a job. There are many others out there. And there are many aspects of it (I’m looking at you, Strasbourg!) that I will certainly find harder to miss.

What really hurts is to see the country of my birth abandon the very project that drove me into politics. It is a terrible feeling that is extremely hard to process and to understand, even after these three Brexit-obsessed years.

I may be unusual, but I am of a generation for whom among some it is more common now to identify first as European. We’ve grown up taking the freedoms and rights of being European for granted.

When the euro was introduced in physical form I rushed down to my local bank to change £5 into €5. I stared at the small note in amazement for a long time; that such a thing could be possible in a continent that has seen so much war and hatred. I still have that note. I wished then, as I wish now, that Britain had played a full and central part in the project. I saw it as my core political mission to see to it that it did.

I remember being beyond excited when I learned of the concept of EU citizenship as a child. Now there was a notion of commonality among us, that we could be equal and expect the same rights in any member state as in our own. The sense of power and belonging that that engenders is incredibly strong.

I am lucky enough to have another EU citizenship. I cherish my Irish passport more than any other single physical item. But the country I was born in – the UK – the country I have loved since childhood, the country I saw as eccentric, eclectic but ultimately wonderful has changed forever. Something has broken. And many more Brits who consider themselves European first feel the same way.

Most of those heartbroken people do not have the luxury of a second citizenship. The sense of grief, of loss and of despair is real. In 47 years of ever-closer integration among us something beautiful but fragile was born.

But the reaction to Brexit has largely ignored this.

The reality is that the Union is still a club of nations. The competing priorities of these nations drive its direction. Sometimes this is for the good but often (especially in environmental policy) it is for the worse – against the will of the cities, regions and states that make up the member states. The sense of a wider European polity – where the interests of the citizens of Bratislava are of equal importance to those in Bremen – is often lost.

The European Parliament is the institution to represent that polity. But even so, sometimes here we get it wrong. Too often we think in terms of our own national delegation’s priorities first. Sometimes that is useful in terms of logistics, but often it flies in the face of what we are here to do. I have been as guilty of this as anyone.

No European country should take the Union for granted.

Just because the Le Pens and Salvinis of this world have dropped their outright opposition to the EU doesn’t mean they don’t wish its demise as an entity of its own. They do not share the sense of commonality of which I speak, they do not care for shared belonging or for solidarity of different nationalities.

When it comes to the big policy challenges Europe faces, such as climate change and automation, they are ready and waiting in the wings. And we have to be better equipped at bringing the public with us and in challenging the lies of the populists. Failure to sell change to a sceptical public will lead to untold problems ahead, and the end of the EU as we know it.

I voted against the Withdrawal Agreement on Wednesday, because I cannot in conscience give consent to a process as outrageous as Brexit; a process that was sold on one set of premises but which will deliver something entirely different. I understand why the majority of you gave your consent, but it is important for me to explain why I cannot give mine.

I hope that one day the UK (or what is left of it) can see the futility of this and re-join the family of European nations where it belongs. I hope that the pain and hurt of the past three years can be turned into something positive and serve as a lesson to all on the urgent need to fight the populist right.

By Seb Dance, former MEP for the Labour Party.