No free lunch for Global Britain 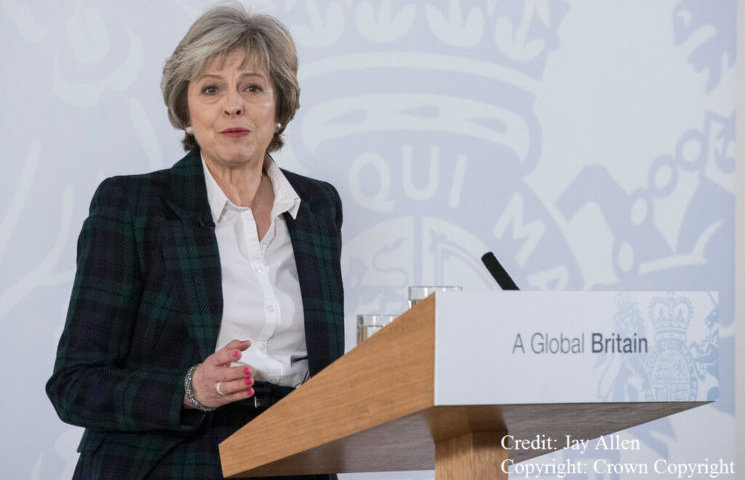 A basic principle in economics is that there is no free lunch. To get something we want, we have to give up something we like. The Prime Minister made crystal clear in her Lancaster House speech last week that Brexit is about restoring parliamentary sovereignty. What she failed to make clear was what we will be giving up.

The idea of the Single Market is that it is as easy to trade between Liverpool and London as it is between Liverpool and Luxembourg. To achieve this requires a single set of rules and a judicial system to settle disputes. This means accepting EU law on the Single Market, and the European Court of Justice (ECJ) as the supranational arbiter of disputes.

The authority of EU institutions extends to making all trade agreements with countries outside of the union. If this were not the case, member states could make their own trade deals with countries outside the union. If one member agrees a lower tariff rate than the rest, then they can ‘under-cut’ fellow member states by importing cheaply and selling freely into the Single Market. As the Single Market is a customs union with no tariffs on trade between member states, there must be a common external tariff to maintain its integrity.

But there is no free lunch and there is a cost to leaving the Single Market. The Prime Minister has suggested that this could be minimised by replicating the parts of the EU’s Customs Union for certain industries. And besides, once outside the EU the UK will be free to strike its own trade deals as ‘Global Britain’. The suggestion is that the cost of leaving the can be minimised and any residual loss more than compensate for by new trade deals.

There are problems with a sector by sector approach to a ‘customs arrangement’. First, for goods to count as being made within a duty-free area they must contain a certain amount of local input defined by ‘rules of origin’. Second, under World Trade Organisation (WTO) rules, a customs union must cover substantively all trade between the two territories (taken to be around 90%). Third, non-tariff barriers that arise outside the Single Market, including multiple customs codes and checks, documentation of origin, product standards and different tax treatments can be at last as costly as WTO tariffs.

The Prime Minister suggested sector agreements for cars and financial services. According to the Society of Motor Manufacturers and Traders, UK produced cars would not satisfy the ‘rules of origin’ and non-tariff barriers would disrupt the existing EU ‘single factory floor’ production process. UK financial services are mostly governed by EU law. As the European Central Bank’s Benoit Cœuré makes clear, for the UK to play its current role outside the EU, there needs to be a new legal framework and a court to maintain the integrity of European finance.

Let’s suppose that once we are outside the EU the UK can strike Free Trade Agreements (FTAs) fast. How much can we gain? The easiest way to look at this is to treat goods and services separately.

FTAs aim to remove restrictions on trade. The benefit depends on the size and proximity of our partner in the agreement times the reduction in the size of the trade restrictions. The main restriction on goods trade is at-the-border tariffs. At present the average EU tariff on imports from countries without a preferential agreement is 4%. If this is the tariff reduction we are offered in return for imposing no tariff, then the potential upside for trade in goods is fairly small.

The real kicker for the UK economy is trade in services. Yet the intrinsic nature of services, how they are traded and restrictions on trade are different to goods. True, some exports of services are across borders, like a German buying insurance from a UK firm over the internet or visiting Scotland to play golf. But there are few attempts to restrict this trade. On leaving the EU there is no common external tariff on services to remove and so no easy hand to negotiate.

Most services are exported through overseas foreign affiliates, such as a UK insurance company in Germany. These are not included in the official trade statisitcs. However, they are subject to all sorts of behind-the-border restrictions, on authorisation, regulation and oversight. There may be good reasons for the restrictions, even reflecting national preferences or they may be purely protectionist measures. But because the EU has a single rule book and court, the idea is that such restrictions eventually disappear – although there is still a long way to go.

For the UK outside the EU to make a comprehensive FTA including services there are some tough choices. The UK can depart from Single Market rules, but it may jeopardise access to its biggest the market. The UK could open-up access to services sectors that are protected within the EU. But the public may be weary of liberalising sensitive service areas such as health. And the UK will still have to agree independent arbitration mechanism no doubt involving foreign judges.

So while it is possible that ‘Global Britain’ free from the EU can make new trade agreements including radical liberalisation of services, the principle of no free lunch will still apply.

By Dr Angus Armstrong, senior fellow at The UK in a Changing Europe.