No, leaving the EU won’t ruin the Premier League 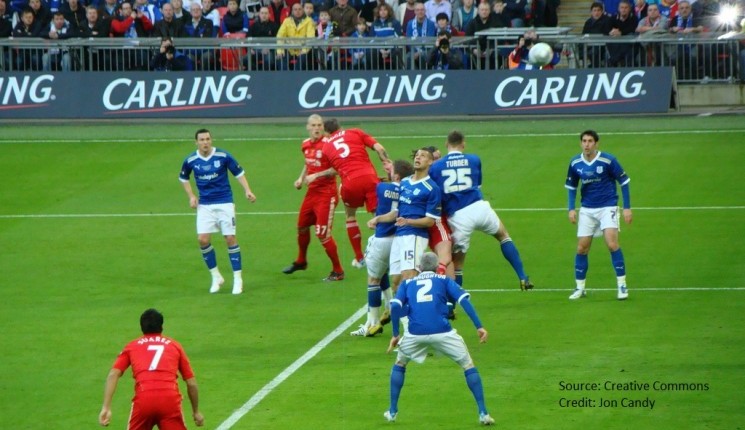 A glance at any game played in the English Premier League immediately reveals its international nature. English players are firmly in the minority. One reason for this is the protection provided by EU law for players from other member states. Would Brexit change this?

A piece published on the BBC Sport website last week claimed it would. The article argues that whereas players “with an EU passport are currently free to play in the UK”, this would change after Brexit. It identifies over 100 Premier League players from EU member states who would fail to meet the requirement which applies currently to third country nationals wishing to play in the UK, which is that they are established internationals for leading nations.

As the piece admits, this hare was first set running in January of this year by Karren Brady, vice chair of West Ham United and a Conservative life peer. She said:

“Losing this unhindered access to European talent would put British clubs at a disadvantage compared to continental sides.”

Currently EU law requires that workers who are nationals of an EU member state be treated without discrimination on the basis of nationality. The famous ruling in Bosman, delivered by the Court of Justice in 1995, made clear that in principle this applies to football and to sport generally as it does to any other sector of the economy.

Although the Court admitted that selection for representative international teams could continue to be based on discriminatory criteria – that is, after all, the very essence of the activity – the same does not apply to club competitions. So since 1995 it has been clear that quotas, work permits and the like are applicable only to third country nationals.

The precise detail of the change post-Brexit would depend entirely on whatever deal is negotiated, if any. But in principle the UK would no longer be subject to an obligation imposed by EU law to treat French and German players in the same way as British players. Equally British players would no longer be able to rely on EU law as basis for non-discriminatory treatment in other member states.

But in practice it does not seem likely that the dazzling Polish winger and the imperious French sweeper would be treated in the same way as the Polish plumber and the French cleaner. The downturn in the British economy that would follow Brexit might weaken clubs’ spending power. The Premier League might become less attractive to investors and sponsors. But its financial model seems pretty robust.

Crucially, however, it seems unlikely that a British government post-Brexit would resist the Premier League’s pressure for special concessions in favour of high-earning football migrants, even were a UK outside the EU to choose to adopt generally restrictive policies on immigration.

A superior football-inspired case against Brexit is rooted not in law and immigration policy, but rather in the more intangible cultural claim that the gloriously cosmopolitan nature of football today shines disapproving light on the isolationist preferences of much of the Brexit campaigning.

The Premier League is flawed – especially in its contempt, shown by kick-off times and pricing, for the ordinary fan who wants to get off the sofa and attend a match – but it is an environment in which tradition, in the shape of the great clubs born of the heat of the Industrial Revolution, mixes with rich and diverse influences from all over the world.

This is a model to which the EU itself aspires: retain what is valuable about local identity but react to, manage and embrace the dynamic reality of transnational interdependence. The EU doesn’t carry this off perfectly and nor does the Premier League, but it is a noble quest, and one to which the retreat promised by Brexit is wilfully blind.

If avoiding upset to the Premier League is the best argument to support continued British membership of the EU, then the “stay” campaign would be in trouble. But it isn’t.

The positive case for EU membership needs to be built around its function in managing the interdependence of European States. The EU is a place to solve problems in common where unilateral state action will fall woefully short. Think climate change, security, migration, economic reform.

And the EU is a place to lock states into reciprocal and mutually beneficial commitments, designed to prevent them causing harm to each other. So, for example, an EU member state promises to subject its competence to grant subsidies to the discipline of EU law, monitored by the Commission – because it knows that every other member state has made precisely the same commitment.

The state aid rules are a jewel of EU law. They could usefully be enforced even more aggressively. As West Ham United prepare to move into the Olympic Stadium, built with some £700 million of public money, one would be interested to hear Ms Brady’s thoughts on that matter.

Stephen Weatherill is the Jacques Delors Professor of European Law at Oxford University. This piece was co-published with The Telegraph.