No more flying to the moon with the EU 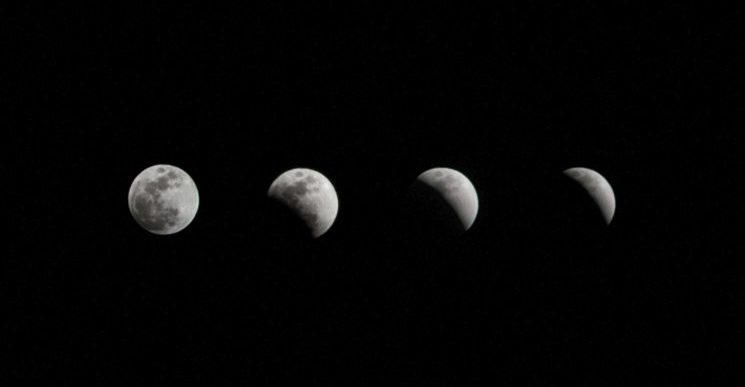 “Fly me to the Moon and let me play among the stars”, sang Frank Sinatra. The UK’s exit from the EU means no longer flying closely with 27 others – the remaining member states – and this has profound consequences beyond the immediate focus on a new trade deal. One industry that tends to be overlooked in the debates about the impact of Brexit, and the future in general, is space.

As the infographic shows, the space industry makes a significant contribution to the UK economy. 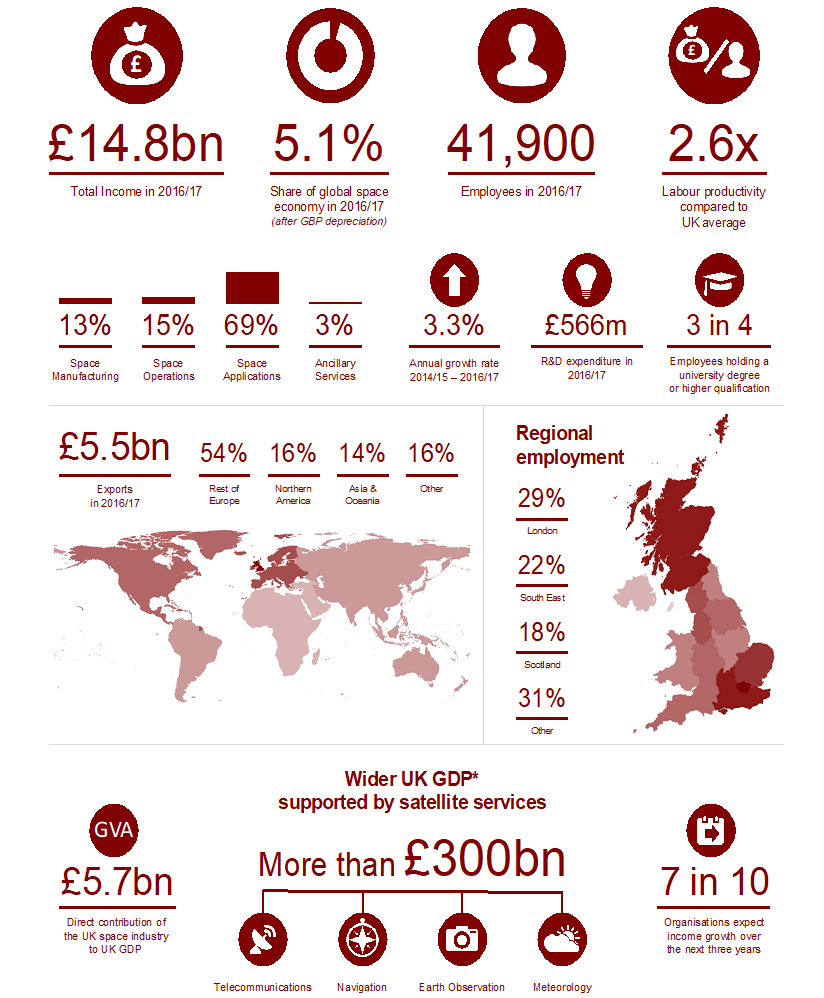 It consists of a large number of global companies including Airbus, Leonardo and Thales Alenia, whose numerous sites are spread across the UK. Apart from its direct link to aerospace, there are a significant number of complementary industries and services that in 2018 generated £1.3bn of value-added and 22,000 jobs: batteries, software, navigations system, and so on.

Input-Output (I-O) analysis undertaken by Open University on behalf of the European Space Agency (ESA) identified an income multiplier of 2.3 for the agency’s European Exploration Envelope Programme (E3P), and in the UK an innovation multiplier of 4.2 was estimated for work undertaken by the UK Space Agency (UKSA). That is, for every £1 spent on ESA’s E3P missions £2.30 of national income was created within its member states, and every £1 spent by the UK space industry led to £4.20 of increased spending on innovation elsewhere in the economy.

This information does not include grants received by universities and related organisations to undertake research for space agencies and industry. Nor does it include the impact of education programmes that promote Science, Technology, Engineering (STEM) subjects.

Between 2015 and 2016, Tim Peake was the UK’s astronaut on board the International Space Station, and his work resulted in the UK Space Agency funded programme, Principia to inspire schoolchildren. Costing £3 million over three years the, programme undertook 34 projects that engaged with 2 million children.

With respect to this key but underreported industrial sector, what the outcome of the post-transition negotiations will be is still uncertain. Given recent announcements, for example regarding the UK’s participation in the Galileo navigation system, the situation does not look promising.

The challenge of Galileo

During the negotiations over the Withdrawal Agreement (WA) between the Theresa May’s government and the EU, it was announced that the UK would no longer participate in Galileo navigation system project.

Galileo is Europe’s own global navigation satellite system, providing a highly accurate, guaranteed global positioning service under civilian control. Developed by the European Union and the Global Navigation Satellite (GNSS) agency, this €10 billion project, launched in 2005, went live in 2016 and rivals the US Global Positioning System (GPS) and the Russian Glonass system. Galileo will be fully operational by the end of this year.

The scientific instruments aboard the launching satellites are built by Surrey Satellites, based in Guildford, whilst the ground support services are manged by Airbus in Portsmouth. Galileo draws on a Europe-wide supply chain, and UK-based suppliers will no longer be part of this after Brexit. The government’s proposed £92 million funding injection for an alternative UK system is small beer, given the UK’s £1.2 billion contribution to Galileo to date.

The situation is made more complex by the UK’s continuing membership of the European Space Agency (ESA). ESA is a 22-member state organisation that includes Canada and Albania as associates, but it is not an EU agency. It does work increasingly with the European Commission, closely aligning its Space 4.0I industrial policy with the EU’s Space 4.0 industrial strategy. 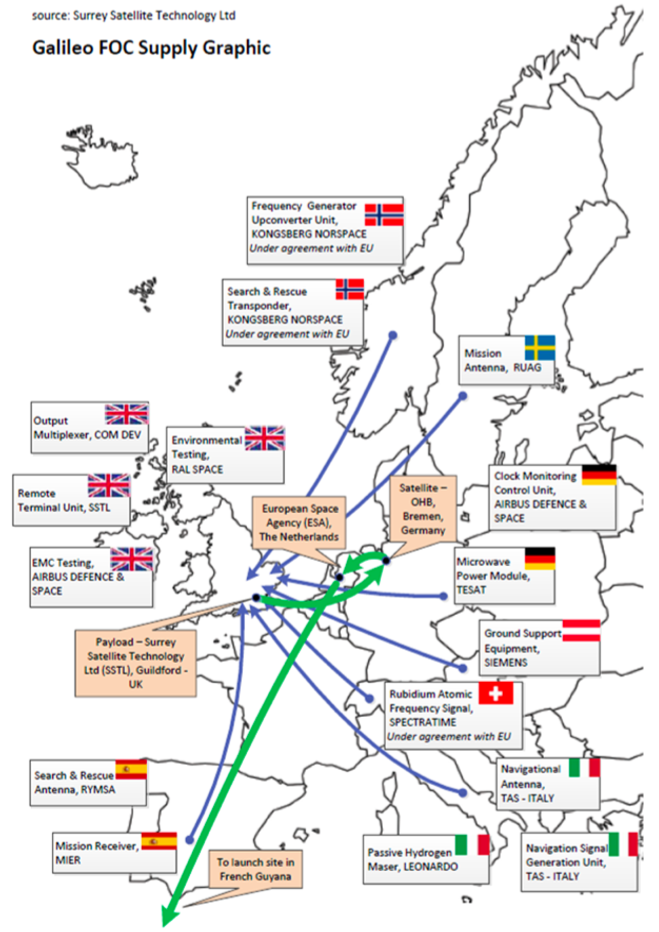 What is to be done?

ESA’s collaborative partnerships with other international space agencies have built important global value chains that have created large and widespread socio-economic benefits for the UK and others.

In the event of closer integration between ESA and the European Commission, the key challenge is whether EU companies with facilities in the UK will relocate elsewhere, following the example of some in the automotive and aeronautics sectors. The Galileo case is not a promising one as the UK will no longer participate in its supply chain, and the proposed and poorly funded UK-based system is unlikely to boost the ambitions of Global Britain.

As the UK leaves the EU, then, its space industry will no longer closely orbit this large universe.

By Dr Leslie Budd, Reader in Social Enterprise at The Open University and Technical Lead for The Benefits of the ESA Exploration Roadmap in Socioeconomics (BEERS) project for the European Space Agency’s European Exploration Envelope Programme (E3P).