No panda bear hug from Beijing: Britain and China after Brexit 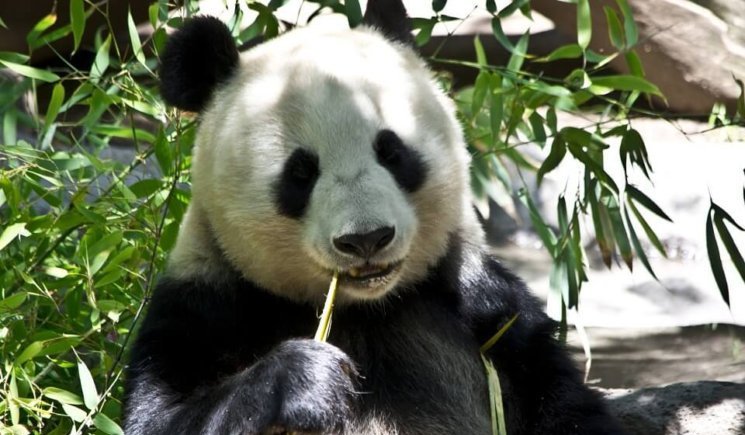 Following Prime Minister Theresa May’s recent official visit to China, it is worth considering what Brexit may bring for relations between the United Kingdom and China. One of the British government’s key arguments is that being outside the EU will give the UK the freedom to pursue a ‘global Britain’ strategy. What might this mean with regards to China and how viable is it?

The EU and China describe their relationship as a comprehensive strategic partnership. Since the 1990s Brussels and Beijing have developed an increasingly dense network of ties.

This ranges from summits of top leaders to meetings of lower level officials, parliamentarians, business people and civil society representatives. It covers subject from trade and investment to climate change to human rights – as well as more mundane functional issues. All this has resulted in a large and complex institutionalised EU-China dialogue architecture.

As with other elements of EU foreign policy, this EU-level engagement with China runs alongside member states’ own bilateral relationships with Beijing – with the two theoretically complementing one another.

To be fair to the EU, although there are sometimes splits between EU member states and turf wars with the EU institutions over China, there are no fundamental differences over how to engage Beijing.

The EU’s policy towards China has been underpinned by what I call a liberal logic. The hope behind EU policy has been that institutionalised engagement with China will, over time, encourage it to alter its policies (for example, on market access for European goods and on human rights) and produce a sense of shared Chinese and European interests.

Experience from more than two decades of this strategic partnership suggests that the impact has been limited. China has become more, not less authoritarian, in particular under the leadership of President Xi Jinping, and its human rights record has not improved.

The developed Western economies all agree on the main problems in trade with China: barriers to accessing the Chinese market, state subsidies to Chinese companies and the artificially low valuation of the Chinese currency, the Renminbi.

Over the past decade or so, the US, the EU and Japan have made some progress in persuading the Chinese government to alter its policies in these areas – but that progress has been slow and limited.

Unless Britain is willing to offer significant concessions to China, it is difficult to see the Chinese government offering the UK a trade deal better than those that may be on the table for the EU, the US and Japan.

Britain could offer China preferential access to the British market in the hope that would persuade China to reciprocate, but that might threaten British industries and, since Britain would need such a deal more than China, the terms might not be attractive.

Radical advocates of free trade argue that the UK could unilaterally open its economy to goods and services from China and other countries, with losses in industries facing cheaper imports offset by new economic activity generated by the process of creative destruction. British companies and workers, however, are unlikely to find this a palatable option.

What about possible new Chinese investment in Britain? Again, the Chinese are hard-headed and are unlikely to invest unless the terms are strongly beneficial. The planned new Hinkley Point C nuclear power station is illustrative. Successive British governments negotiated the Hinkley agreement with a French-Chinese consortium.

When it became clear that the terms were a bad deal for the British taxpayer and energy user, the government nonetheless went ahead, fearing that the alternative was a collapse of the agreement. Both the National Audit Office and the House of Commons Public Accounts Committee have condemned the agreement.

A British government needing post-Brexit investment for both economic and political reasons is unlikely to be able to secure better terms from China in future.

Post-Brexit relations are not likely to be any easier in the political sphere. China is becoming more assertive across the spectrum of global and regional issues. Key test cases are its disputes with South-East Asian neighbours in the South China Sea and with Japan in the East China Sea. In the South China Sea China has been militarising low-lying islands in support of its territorial claims.

In the East China Sea China has declared an air defence identification zone (ADIZ). In July 2017 foreign secretary Boris Johnson indicated that when Britain’s two new aircraft carriers become operational in the next few years one of their first missions will be to undertake freedom of navigation operations in the South China Sea.

In February the British government sent the frigate HMS Sutherland through the South China Sea as a dry run for the carrier HMS Queen Elizabeth to do the same in 2021. China’s foreign ministry responded by warning Britain not to ‘stir up trouble’ in the region.

An additional factor in the UK’s future relationship with China may be the United States. If forced to choose between the US and China, in a crisis over North Korea, Taiwan or the South or East China Seas, there can be little doubt that Britain would side with the US.

For the foreseeable future, China will remain an authoritarian communist state, an assertive rising power and a state capitalist system that does not always operate on the basis of a level economic playing field. Whether Britain is inside or outside the EU, these realities will make engaging China a challenging task.

By Andrew Cottey, Jean Monnet Chair in European Political Integration and Head of Department of Government and Politics, University College Cork, Ireland. He specialises in European security and European-Chinese relations.