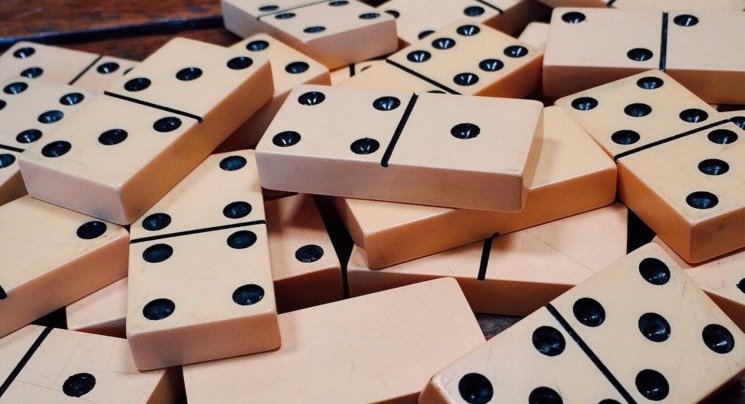 Following the Netherlands and France, Germany was the third of the original EU members to hold a national election this year. The three election campaigns had at least one thing in common: the consequences of Britain’s decision to leave the European Union didn’t feature as much as some may have expected.

In the Dutch campaign, the EU’s future attracted little attention to begin with, and the more specific issue of Brexit practically no attention at all. The French presidential election has often been framed as a clash between (Europhile) cosmopolitanism and (Eurosceptic) anti-globalism, but Brexit as such was not a prominent feature.

In the run-up to the German election, the theme lacked salience as well: in the election debate between the only serious Kanzlerkandidaten, Angela Merkel and Martin Schultz, no references were made to Brexit whatsoever. All this illustrates that Brexit is close to constituting a non-issue in public debates across Europe.

One would expect that the British referendum vote would at least be a source of inspiration for political parties that are critical of European integration. Among these are parties of the populist radical right (PRR), which are arguably the most serious challengers to established political parties in many countries. True to their populist nature, PRR parties present themselves as the voice of the ordinary people, and dislike the elitist and opaque EU decision-making process.

As defenders of their native cultures and national sovereignty, they distrust the drive towards supranationalism, and lament the free movement of people within the single market. The British referendum vote was logically hailed by many PRR parties as a victory for ordinary people against unresponsive Europhile elites, a rejection of the undemocratic and technocratic decision-making process at the European level, and a shining example of a country regaining its sovereignty. Several demanded a similar referendum in their home countries.

In the three recent election campaigns, however, PRR parties showed no great desire for their country to leave the EU, or at least refrained from actively pursuing it.

The clearest stance against the EU was ostensibly taken by the Freedom Party (Partij voor de Vrijheid, PVV) of Geert Wilders in the Netherlands. Wilders has campaigned for a Dutch exit from the EU ever since the parliamentary election campaign of 2012, during which he placed more emphasis on ‘Europe’ than ever before. After the British referendum vote, Wilders congratulated British citizens with their ‘Independence Day’, and demanded a similar referendum in the Netherlands.

Yet in the PVV’s lacklustre 2017 campaign Brexit was far from a regular feature and went unmentioned in the party’s manifesto – which admittedly only covered a single page – while issues such as immigration, cultural identity and ‘Islamisation’ replaced the EU and European integration as the PVV’s main campaign themes.

While the PVV still retained its ‘hard’ Euroscepticism in opposing Dutch EU membership, PRR parties in France and Germany took softer or more ambiguous positions. The National Front (Front National, FN) in France portrayed itself as a patriotic force against the powers that be at the national, European and global levels. Yet the campaign of its presidential candidate, Marine Le Pen, was marked by hesitation and inconsistency over the question of ‘Frexit’.

Similar to PRR parties elsewhere, the FN reacted to Brexit positively; in a March 2017 interview Le Pen stated that UK had found the ‘keys to the jail’ represented by the EU. And when launching her campaign at the start of 2017 Le Pen pledged to take France out of the Eurozone, push for reforming the EU, and potentially organise a referendum on French EU membership.

Prior to the second round of the presidential election on May 7, however, Le Pen played down her anti-EU message and qualified her commitment to ditch the Euro, ostensibly responding to prevailing pro-European attitudes among the French public. The FN’s unclear position was also a reflection of internal divisions over the EU issue.

In Germany, much attention was paid to the Alternative for Germany (Alternative für Deutschland, AfD) and its prospects of entering federal parliament – which it eventually managed to do with a higher-than-expected vote share. Founded in 2013, the party was initially mainly characterised by its opposition to the German bailout contributions during the Eurozone crisis and the common currency itself. Following an internal dispute and the departure of co-founder Bernd Lucke in 2015, the AfD gradually transformed into a more typical PRR party with an increased focus on issues like immigration and cultural preservation.

Clearly, opposition to the EU and the euro remained a central theme for the party. But rather than ending German EU membership, the AfD manifesto of 2017 advocated a ‘return of the European Union to a federation of sovereign states’. Only if such a constellation proved impossible to agree on with EU partners, would Germany be ‘forced to follow the example of Great Britain and withdraw from the existing EU’. The party further proposed to organise a referendum on Germany’s membership of the Eurozone and, ‘if necessary’, the EU.

The AfD thus took inspiration from the events in the UK – an AfD MEP even invited former UK Independence Party leader Nigel Farage to a campaign event, during which the latter notably lamented the lack of attention for Brexit in the German campaign. However, the AfD shied away from taking an unambiguous hard Eurosceptic position, and it remains to be seen whether the party will truly shift to all-out opposition to German EU-membership when its desired reforms fail to materialise.

The three cases above illustrate that Europe’s PRR parties display varying degrees of Euroscepticism, and that the UK’s decision to leave the EU has so far done little to change this. The reluctance of PRR parties to exploit Brexit more forcefully may be related to their consideration of the apparent surge in pro-EU attitudes among European publics.

That does not mean that PRR parties are likely to downplay their more general opposition to the EU: public support for the EU is often shallow and the various difficulties the European Union has faced in recent years, not least the Eurozone and migrant crises, are far from solved. PRR parties are also likely to exert influence on mainstream competitors and potentially constitute a break on European integration. For the moment, however, they clearly don’t consider Brexit a vote-winner.

By Stijn van Kessel, co-investigator at The UK in a Changing Europe and lecturer in European Politics at Queen Mary University of London. This analysis was also partly informed by the results of a joint research project led together with Dr Andrea Pirro and Professor Paul Taggart.