No such thing as Corbynism without Corbyn 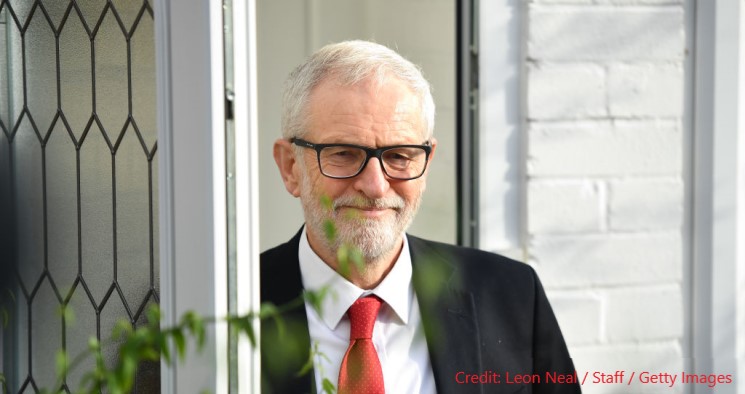 Corbynism, like other political ‘projects’, can only be understood holistically. Voters rejected a package last December. And from 2015 to 2019, many Labour members and supporters were motivated by a whole bunch of different things which, combined, meant something like ‘Corbynism’.

As such, when a new leader is announced on 4 April, the legacy of Corbynism will continue to be felt and debated. But Corbynism will have ended. What, though, was Corbynism?

It surely starts with Jeremy Corbyn himself. At what I think was his first appearance at a leadership hustings in the 2015 contest, Corbyn arrived with no team and no buzz.

The organisers, The Fabian Society, hadn’t set out a place for him because they had been led to believe he wasn’t attending. His speech, I recall, highlighted his opposition to Trident. He got big cheers, and he put a smile on people’s faces – admittedly including some who assumed his candidacy wouldn’t last very long.

Yet of course, it did. Corbynism was a strongly personality-driven project. That led to criticism from his detractors, some of it reasonable. But it’s also been key to the strength of the project internally.

As one supporter recorded recently, Corbyn seemed to embody the transformation of a party through ‘the unlikely rise of an openly socialist leader whose authentic, seemingly egoless iconoclasm formed such a refreshing contrast to the usual, personally ambitious, ideologically shape-shifting type’. This is hardly an uncontentious view, but it proved to be a powerful story, and one not easily replicated.

From the Corbyn story came other important features of Corbynism.

First, it was a course correction. It drew much of its power from perceptions and narratives of what had come before: the latter half of Blair’s New Labour period (read as all of it by some) and the financial crisis – specifically what was seen as a consensus around shoring up a flawed system with the cost borne by the most vulnerable.

Second, Corbynism was deemed uncompromising, by both supporters and critics. The former saw it as ending a style of politics which always sought to hedge risk – change things a bit this way, but not too much, and try and please these people and not offend those people. Of course, when it came to Brexit, this is exactly what Corbynism defaulted to.

Both of these features of Corbynism have provided a backdrop to the leadership contest. The course correction part has been accepted by all of the candidates.

Keir Starmer has adapted the story, but retained an essential feature: that Corbynism marked Labour’s important turn to anti-austerity. Starmer is far less keen to criticise New Labour – it’s part of his consensus approach to argue neither Blair, Brown nor Corbyn should be treated as opposition figures within their own party. Of itself, and to many outside of party politics, that isn’t an unreasonable proposition.

The ‘uncompromising’ feature has been more contentious. It is now seen as having delivered an overloaded manifesto that failed to prioritise – and prioritising, of course, means compromising on a plan that seeks to change everything in one term.

For those conscious of Corbyn’s legacy, this feature may well be a focus in the coming years. Efforts will be made to protect the policy legacy, yet quite reasonably the new leadership will be looking at a world in the grip of a crisis and asking what the future calls for.

A further element of Corbynism – one probably more controversial among Corbyn’s own supporters – was its factionalism. Here Blair in particular was viewed as a political enemy. The aftermath of the 2016 leadership contest raised the stakes even further.

After last year’s election defeat, some have still found the factional edge. Michael Foot, in his brilliant election book ‘Another Heart and Other Pulses’, written just after the 1983 election, argued that it was an ‘intolerable self-deception to suppose that the decline in the Labour vote could be complacently attributed to the delinquency of Labour governments, [or] to the treachery of the leadership’.

Factionalism leads to an instinctive strategy of blaming your internal opponent for so many things. Again, it is something the leadership campaign has sought to move away from.

The legacy of Corbynism will feature in the new leader’s calculations for a long time: the changed electoral geography, the anti-Semitism crisis, the internal organisational battles and elections to come. All have, rightly, featured in the leadership debate.

Yet this contest has also, surely, ended the debate about ‘Corbynism without Corbyn’. Elements of it, of course, were familiar. And long-standing traditions within the party could be found within Corbynism – traditions that will continue. But understood holistically, as it must be, Corbynism ended in December 2019.