No, the EU did not “stop” Theresa May getting rights for EU citizens 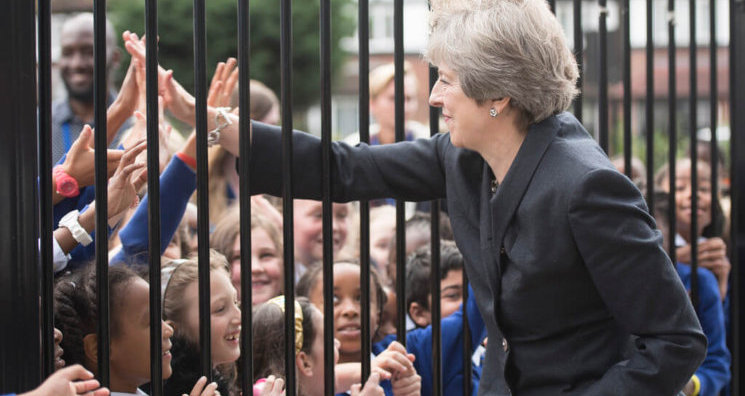 Earlier this week the European parliament passed a resolution declaring that in its view “sufficient progress” had not been made in the Brexit negotiations to move to the next stage. Although much of the debate focuses on money, the European parliament, perhaps more than any other institutional player in the negotiations, has been particularly focused on the issue of the rights of EU citizens currently living in the UK, and UK citizens living elsewhere in the EU.

The parliament has no direct role in the talks. But it does have a veto over the outcome, and – given it is the only EU institution that is directly elected by EU citizens – it is more likely to use it over this than anything else.

The resolution called for the UK government to table proposals that would “safeguard the full set of rights that 4.5 million EU and UK citizens currently enjoy”. The parliament’s chief representative in the negotiations, Guy Verhofstadt (not known for understatement) said: “Why are we discussing citizens’ rights? This could be settled immediately!” This aroused the ire of Nick Timothy, the Prime Minister’s former chief of staff, who responded by tweeting: “I was in government when the UK tried to get agreement on citizens’ rights in 2016. The EU refused.”

Astonishingly, there are still people who believe this myth. Obviously, Timothy knows far better than I do what behind-the-scenes approaches the UK government may or may not have made to “the EU”. But the public record is the following. The Prime Minister could have – at any time since she took office – said that she wanted to, in the parliament’s words, “safeguard the full set of rights that 4.5 million EU and UK citizens currently enjoy.”

She could have made this offer unilaterally, or she could have made it conditional on a reciprocal offer from the EU27. But she didn’t do either. Instead, she said that her objective was to give them “certainty and reassurance” – not the same thing by any means.

So it was left to the EU to actually put a concrete proposal on the table in April, which, as I put it then, called our bluff. It took two months for the UK to respond – and when it did they fell a very long way short of guaranteeing the rights that EU citizens currently have. So the idea that the UK made any sort of concrete proposal, unilateral or otherwise – let alone one that actually guaranteed current rights – is fiction. The record is clear: the EU27 made a proposal, and the UK has responded with one that is less generous, both to UK citizens living elsewhere in the EU, and EU citizens here.

So where do we currently stand? Brexit secretary David Davis says we are “nearing agreement.” But the fact remains that the two main points of disagreement are exactly the same as those that I identified in June.

First, there is the question of the right of EU citizens here now to be joined by family members at some point in the future. There is no mystery about what’s going on here. As part of her drive to reduce immigration while home secretary, the Prime Minister made it far harder for UK citizens to be joined by spouses and children from abroad. She did this pretty much regardless of the human or economic cost, and it has resulted in numerous cases of separated families.

But while May could change UK law, she couldn’t change EU law, which holds that “free movement of workers” implies various other rights, including that to be joined by your family. This led to the current anomalous situation, where in some limited respects EU citizens have more rights than Brits. So Brexit, for the Prime Minister (and presumably for Mr Timothy) means in part the right to remove from EU citizens some of the rights that she took away from the rest of us earlier in her career – to level down, in other words. There is an obvious solution here, which is in no way incompatible with the government’s broader objectives for Brexit. However, levelling up and hence making the UK’s immigration laws somewhat more liberal is not on the Prime Minister’s agenda.

Second, there is the question of the role of the European Court of Justice. This is a complex area; it is not just about the “jurisdiction” of the ECJ, but about who gets to decide the interpretation of both EU law and the text of the eventual withdrawal agreement; and what the process is for people who think their rights have been infringed.

Here, although both sides have implied they are open to compromise, the climate has been greatly worsened by the way the Home Office has behaved towards EU nationals over the past few months. Again, this is very much a legacy of Theresa May’s time at the Home Office – EU citizens are now suffering the same arbitrary treatment and incompetence mixed with callousness that has long been meted out to non-Europeans.

Of course, the fault is not entirely on the UK side. The EU proposals are both legalistic and absolutist, particularly on the question of the role of the ECJ. And the European parliament’s commendable concern for the rights of all EU citizens (both of the UK and the EU27) can cross the line into grandstanding.

It is hardly realistic to expect babies born to EU citizens in the UK to retain distinct rights and protections for their entire lifetimes. Compromises are possible on both of these issues, as I set out in my evidence to the European parliament then. But – very much as in June – the ball is still in our court.

After her Florence speech, the Prime Minister was asked what would change for Italians living in the UK. She said: “We want them to be able to stay and to have the same rights as they have at the moment.” This statement is demonstrably untrue – the current UK proposals do not achieve this, and David Davis said as much to Andrew Marr last week. However, it illustrates the problem with the UK position.

The UK claims to be prioritising the interests of UK citizens abroad and EU citizens in the UK at heart. But the evidence and our negotiating position suggests that the real priorities are Theresa May’s “red lines” – as well as her need to defend her unfortunate record at the Home Office. It would be a disaster for both the UK and the millions of people involved if the negotiations were to stumble on this, eminently soluble, issue. It’s time for the Prime Minister not just to claim she’s making a “generous” offer, but to put one on the table.

By Jonathan Portes, Brexit research leader at The UK in a Changing Europe. This piece originally featured in the New Statesman.