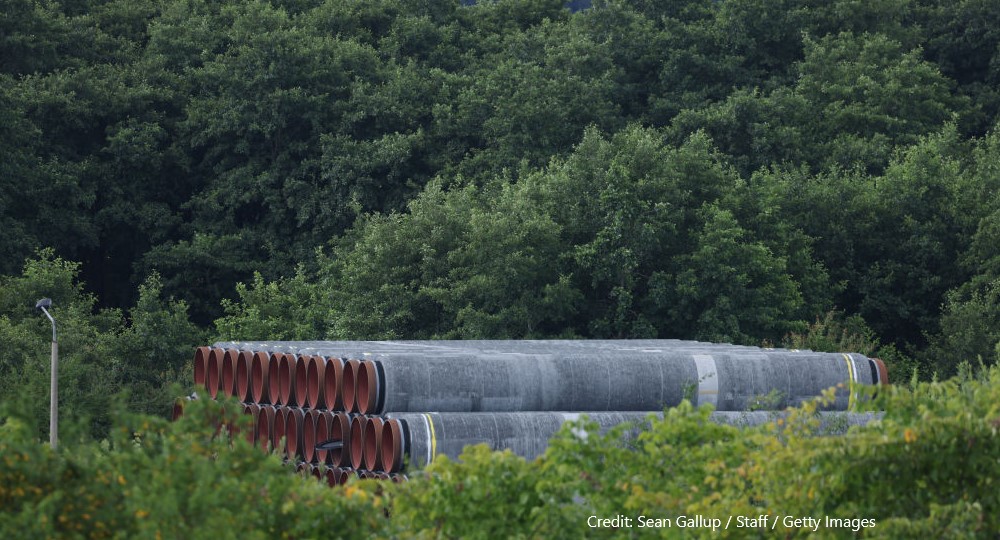 Hopes of receiving gas deliveries in 2021 from Nord Stream 2, a gas pipeline under the Baltic Sea owned by Russia, are dwindling.

The original starting date was December 2019, but the project has been delayed by more than two years following political strife in various capitals: opposition in Poland; the late issuing of construction permits in Denmark; and two sanctions bills in the US.

And now Germany is added to this list. Last week, the German regulator, the Bundesnetzagentur, temporarily suspended the certification of the gas pipeline, as the project did not meet the requirements needed for approval under EU and German law.

The backdrop of the suspension is characterized by three factors: high gas prices, geopolitical tensions, and German coalition talks.

Gas prices in Europe have multiplied times fives since January, and many believe that this has been orchestrated by Moscow in a ploy to obtain approval for gas supply via Nord Stream 2. Russian gas supplies to Europe have been limited to their contractual volumes, leaving gas storage only partially full ahead of the 2021-2022 heating season.

To add fuel to the fire, there are mounting tensions between the EU and Belarus, and between Russia and Ukraine.

The migrant crisis at the Poland-Belarus border led Alexander Lukashenko, president of Belarus and a long-term ally of Russia, to suggest he might cut gas transit via his country, an important route for supplies to Germany, in an effort to thwart new sanctions from Brussels.

Such a move would put further pressure on gas supply from Russia and on the approval process for Nord Stream 2.

Moreover, the build-up of Russian troops along the border with Ukraine has led to rising concern of a further escalation of this conflict, and prompted Boris Johnson to question the EU’s loyalty towards Ukraine in relation to Nord Stream 2.

The European Commission has openly opposed the project, which has been constructed with the objective of bypassing Ukraine as a transit country and shifting the status quo between Ukraine and Russia.

In 2019, the EU amended its gas regulations to ensure that Nord Stream 2 would have to comply to them; these new regulations contributed to the recent suspension. Additionally, the EU helped broker a deal between Russia and Ukraine, ensuring gas transit through Ukraine until 2024.

Even in outer space, Russia has managed to cause controversy with the decommission of a satellite; endangering the ISS.

Another complicating factor are the German coalition talks. Under Angela Merkel, the project received continuous support, and she refused to connect the pipeline to other issues, such as the poisoning of Navalny in 2020.

The federal elections have left the political faith in the pipeline in limbo. The winning party, the center-left Social Democrats (SPD), has been a staunch supporter of the project, but coalition partners (the Greens and the Free Democrats) have opposed the project for environmental and geopolitical reasons.

A working paper issued by the coalition government’s foreign policy team suggests that other issues (e.g. NATO and China) are taking precedence over Nord Stream 2, as the parties agree that they have fundamentally different positions on the pipeline.

Still, the statement of the German Economic Ministry that Nord Stream 2 does not pose a threat to energy security in the EU or Germany, a requirement for successful certification, indicates that the project can continue to count on some government support.

However, the current (geo)political situation and prices should not overshadow the suspension decision, as this is primarily a legal hiccup. The consortium, headquartered in Zug, Switzerland, needs to create a subsidiary in Germany and then the certification process will continue, possibly within the original four-month timeframe.

It remains uncertain whether the consortium is taking steps to do so, as it and Moscow has refused to comment on the decision by the Bundesnetzagentur, or its next steps.

The certification is a legal process, in which the Bundesnetzagentur probes the compliance of the project with EU and German law. Afterwards, the European Commission has two months to review the decision.

Considering the opposition of the European Commission against the project, the decision by the Bundesnetzagentur needs to be thorough. This also explains the inclusion of Ukrainian and Polish companies in the process, although the ultimate decision remains with the regulator.

So where does all of this leave Nord Stream 2?

The suspension is mostly a legal hurdle that the consortium must overcome in the currently highly-charged geopolitical environment, before the certification process can continue. And even after a (presumably successful) certification, the project can expect a lengthy appeal process initiated by Poland and Ukraine.

A bigger issue could be the additional sanctions, which are being plotted in order to halt the commissioning of Nord Stream 2. These sanctions could take effect at the end of the year.

So any gas supplies from Nord Stream 2 in 2021 are unlikely. In exceptional circumstances (such as supply shortages), the Bundesnetzagentur can allow gas flows while the certification is pending, but such a decision will trigger criticism from Nord Stream 2 opponents.

And so the Nord Stream 2 saga continues.