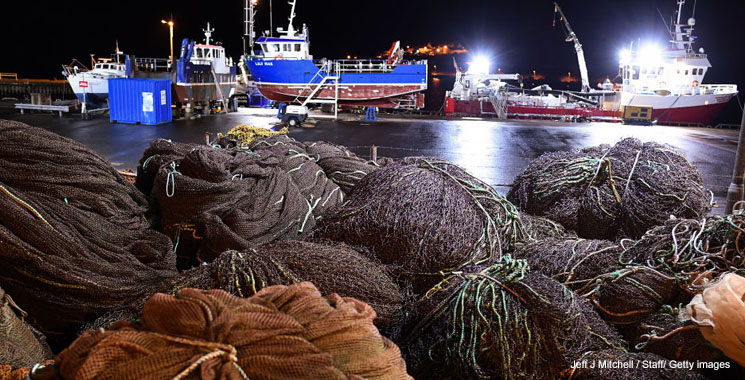 The negotiations between the UK and EU for a fisheries agreement are proving to be challenging, and may end up in failure.

Nevertheless, we should bear in mind that for North Sea fisheries most stocks are currently managed cooperatively between Norway and EU. For this reason, after Brexit a Norway-UK-EU fisheries agreement will need to be negotiated.

Since the introduction of the 200 nautical mile Exclusive Economic Zone (EEZ) regime in 1977, North Sea coastal states have cooperated in the management of shared stocks. In 1980, Norway and the EU signed the Agreement on Fisheries between the EEC and the Kingdom of Norway (the 1980 Agreement) which is still in effect.

The Agreement includes non-jointly managed stocks, access and exchange arrangements including in the Barents Sea.

All coastal states in the area, except Norway, are members of the EU and subject to the Common Fisheries Policy (CFP).

After Brexit, there will be three parties, and so the 1980 Agreement will have to be amended to include the UK. The UK is an important player in the North Sea, both because it has large quotas, and because Norwegian and EU27 fishermen have access to UK waters.

In recent years, the average annual North Sea catch was 1. There are four main groups of fisheries. The most important group (38% of the total), is the six shared stocks, jointly managed by Norway and the EU.

The management agreement has remained stable for over 40 years with unchanged quota shares. Nevertheless, cooperative management has not been wholly successful.

The practical results of the 1980 Agreement have been mixed, with considerable overfishing for several stocks during the 1980s and ‘90s.

Currently, the overall situation seems better, although the situation for cod is disappointing. Moreover, while discarding has been prohibited in Norway, this has been a serious issue in the EU.

Several reasons have contributed to the stability of North Sea fisheries management. Firstly, only two players are involved. Secondly, the ‘individual rationality’ constraint, which says that payoffs to both players are higher under cooperation than competition, is clearly met.

Thirdly, the players have undertaken to expand the scope for bargaining, to maximise the economic returns, such as through an access agreement.

The agreement involves several stocks, which enhances the prospects for cooperation. Finally, until 2020, the agreements had been spared major shocks, but they are now confronting a monumental one – namely Brexit.

The UK EEZ is crucial for Norwegian and EU27 fishermen. The consequences of being excluded from the UK zone may be inability to harvest full quotas and/or increased cost of harvesting. British fishermen, meanwhile, harvest mainly in UK waters – and so this isn’t’ a problem for them.

At least three scenarios may be considered: (i) status quo, or the continuation of the 1980 Agreement, which serves as a point of reference; (ii) an agreement between the three parties, increasing UK quotas for some species and giving it greater control of its EEZ (which might affect the access of non-UK fishermen); (iii) and no agreement.

Although coastal states are admonished under the 1982 UN Convention on the Law of Sea (UNCLOS) to cooperate in the management of shared stocks, if unsuccessful, each state must manage its share in accordance with other provisions of the UNCLOS.

No agreement could prove destructive for North Sea fishery resources, with cod and herring at greatest risk: cod, because stock size at the outset is very low; herring, because as a schooling species it is extra vulnerable to overexploitation.

This is an unlikely long-term outcome, however. Norway, the UK and EU are all responsible players operating according to UNCLOS. Although stock sustainability might be temporarily endangered, the parties would eventually agree on joint management.

If non-cooperative games are repeated, the game may evolve into a cooperative one. The science-based approach to fisheries management in the North Sea is another reason for expecting cooperation to prevail.

It is pertinent to consider possible damage to the sustainability of stocks if there is a period of non-cooperation. One issue is the extent to which the parties’ joint quotas exceed the recommended TAC.

Another is the initial state of the stock: cod, for example, is currently at a low level compared to herring, which is at a sustainable level.

A third is how long the overharvesting will take place. And, finally, once an agreement is reached, how long it will take for the stock to recover.

Another factor is that the EU27 and Norway may be unable to harvest their entire quotas for some species if their vessels are denied access to the UK EEZ.

Also, the consumer response is becoming increasingly important and will help counteract unsustainable harvesting. In sum, it is impossible to know the final outcome.

Although a fisheries agreement must be seen in a larger perspective, including trade, a breakdown, if any, is likely to be temporary. So, what will the outcome be?

We believe the UK will demand greater control of fisheries in its own EEZ, a right it has according to UNCLOS, and, for some species, may end up with higher quotas. Nevertheless, changes in quotas and access agreements are likely to be gradual.

We also argue that the second scenario may be in the long-term interest of Norway and the EU, as it implies that the Scottish harvesting sector is likely to be satisfied, which would make the need for future renegotiation less likely. In other words, this would allow for time resiliency of the agreement.