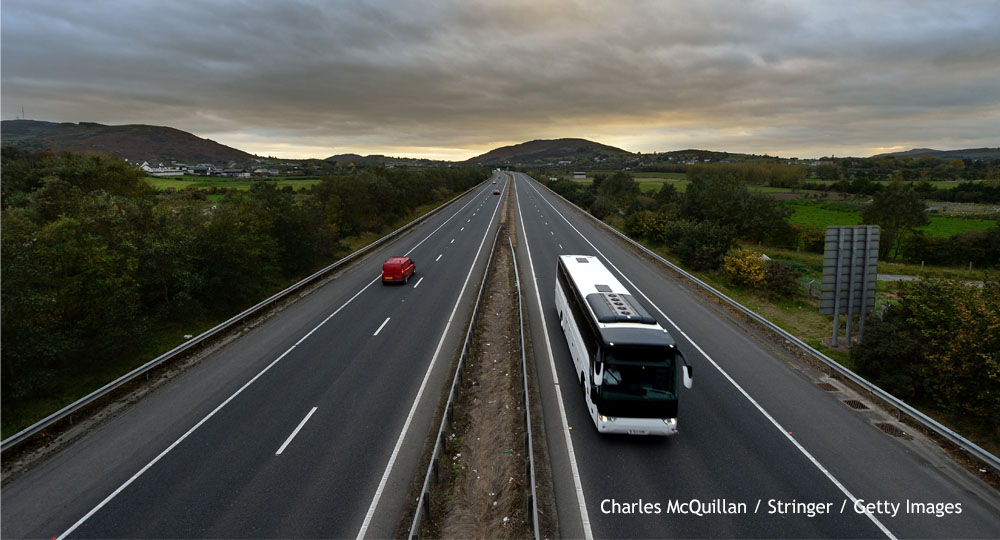 As a child of the 1990s, many of my earliest memories growing up in Northern Ireland relate to the politics of that time.

Coming from a border region also brought a pronounced awareness from a young age of the similarities and differences not only on either side of the border, but on both sides of the Irish Sea.

It is perhaps unsurprising, therefore, that much of my academic research to date has been underpinned by these experiences, as well as by an ambition to see governance not merely work but work well for everyone in Northern Ireland.

Two aspects of this particularly intrigue me: politics and governance within Northern Ireland, and Northern Ireland’s place within local, national and international governance structures. It is in this way that Brexit came to be so central to my work.

This work is not approached from a distinct disciplinary perspective. My education spanned a variety of disciplines and subject areas, ranging from an undergraduate degree in Politics, Philosophy and Economics, to a postgrad in Legislative Studies and Practice and a PhD in Law.

My interest in governance and how this works in practice was particularly influenced by my time working in the Northern Ireland Assembly as part of the Public Accounts Committee’s clerking team.

Drawing on these different perspectives, I have completed work in areas such as equality law in Northern Ireland, EU anti-discrimination law (in my PhD), financial oversight procedures in the Northern Ireland Assembly, women in politics, and elections in the region.

However, much of my recent work has been dominated by Brexit and the many challenges it has given rise to in Northern Ireland; some immediate, others pre-existing, and many that will be present for some time to come in one form or another.

While the Brexit process itself has been turbulent, Northern Ireland has simultaneously gone through an intense period of political upheaval: three years of political hiatus, five elections, a new agreement between parties, a restored Assembly and now a pandemic to navigate.

This leaves a lot of complex dynamics at play, and it is important that these are understood going forward as the post-Brexit landscape in the UK takes shape.

As I outlined in a previous post for UK in a Changing Europe, the practicalities of Brexit leave Northern Ireland in a vulnerable position economically, socially and politically.

In my current role as part of the ESRC-funded ‘Performing Identities’ project, my research has focused on unpacking these challenges, analysing their current implications, and trying to project what their significance might be in different future scenarios as a way of identifying what, if anything, can be done to avoid or prepare for them.

This has taken various forms and covered a range of areas. Most recently, I have been engaged in providing evidence to parliamentary committees on a number of areas, including aspects of the Withdrawal Agreement, the Northern Ireland Protocol and the scrutiny of international treaties.

I have also prepared analytical blogs and briefings on developments in Northern Ireland.

In keenly following political developments across the UK and Ireland, I have been involved in providing analysis and commentary, particularly in relation to Brexit, in local and national media.

This has included contributing to live coverage of elections to local government, the Northern Ireland Assembly, Westminster and the European Parliament.

In recent months, I have been involved in two extensive research exercises with colleagues Ben Warwick and Megan Armstrong.

For the first, we conducted a series of interviews across Northern Ireland on the theme of Brexit and identity, where we gathered a range of views on issues including cross-community relations, politics, religion, rights, Irish reunification and Northern Ireland’s place in the UK.

One of the most striking findings across the interviews was the strength of belief that Brexit would impact upon Northern Ireland’s constitutional future in some form.

The second explores the visual representation and communication of political messaging in Northern Ireland, looking specifically at pro and anti-Brexit perspectives as depicted through murals, posters and other means.

We found that in contrast to elsewhere in the UK, this imagery generally formed part of wider political messaging, mainly aligned to unionist and nationalist perspectives.

My most recent work is a paper I have co-authored with Colin Murray for the Journal of Cross Border Studies in Ireland which focuses specifically on Brexit, the decision against extending the transition phase, and some of the key remaining challenges to implementing the Protocol on Ireland/Northern Ireland.

In this, we argue that the politics of the Protocol have become a battle between mitigating upheaval for Northern Ireland and demands for a clean break with the EU.

For Northern Ireland, Brexit has left an indelible mark and we will be living with the consequences for many years to come; in that sense, it is difficult to imagine a time when Brexit will not feature to some extent in my work.

Brexit along with the Covid-19 pandemic means that Northern Ireland will be confronted with a host of new challenges in the months and years ahead. I hope my work will continue to contribute to the efforts to navigate these.