Northern Ireland and the two Unions 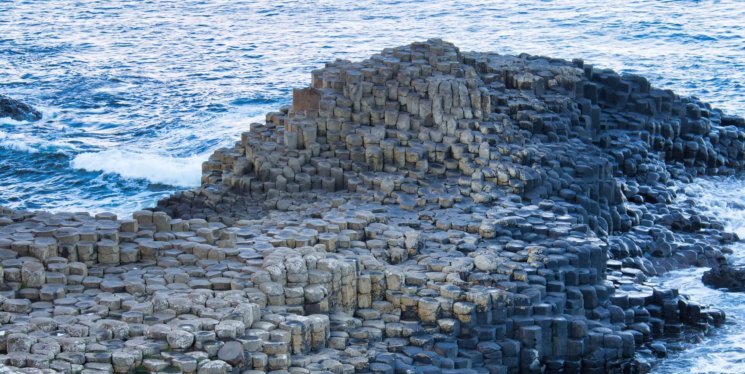 It is a confusing time for observers of Northern Irish politics. The UK’s departure from the EU has ensured that the subject of Northern Ireland’s constitutional status has returned to the centre of British political discourse.

In particular, the issue of the ‘backstop’ – the special provision to ensure there is no hard border between Northern Ireland and Ireland – has led to competing claims about the validity of Brexit under the Good Friday Agreement, and the durability of that Agreement in the context of Brexit.

Questions that seemed to be settled have now been re-opened, while Northern Ireland continues without an Executive or functioning Assembly in place.

Part of the confusion is that there are actually two questions currently being debated. The first is whether Brexit itself threatens the Union (of Great Britain and Northern Ireland) or whether Brexit-with-a-backstop undermines the constitutional integrity of the UK.

The second question is whether Brexit breaches the terms or the spirit of the Good Friday Agreement of 1998. The two are related, but they are not exactly the same.

In general, Unionists are more interested in upholding the integrity of the UK, while Nationalists are concerned to protect the recognition of Irish identity and rights for Irish citizens provided for in the 1998 Agreement.

This is partly reflected in the way that Unionists tended towards Brexit in the 2016 referendum while Nationalists were overwhelmingly in favour of Remain.

The ‘consent’ principle is valued by both sides, providing Nationalists with a viable path to Irish unity in the longer term, but also reassuring Unionists about their constitutional position for as long as they are in the majority.

Between 1921 and the 1990s, it was the only region of the UK to have experience of devolution, and this encouraged the idea that the province was not quite an ‘integral’ part of the UK.

As David Trimble once acknowledged, the presence of a separate devolved legislature meant that ‘Northern Ireland stuck out like a sore thumb, and that was unhealthy.’

Yet, just as Northern Ireland has always had special arrangements for its government, these differences have also had a bearing on how the Union itself has been defined. Since the 1970s, the debates on devolution for Scotland and Wales have been shaped by Northern Ireland’s past experience.

It was no longer sticking out like a sore thumb – instead, its special form of government could be understood more clearly in a wider UK context. The rise of Scottish Nationalism and the emergence of the independence debate in Scotland increased Northern Ireland’s relevance as a bulwark of the Union – and this is why Scottish Unionists are closely watching what is happening to Northern Ireland in the context of Brexit.

Although Northern Ireland, unlike Scotland, has a guaranteed path back into the EU after Brexit (via a vote for Irish unity), Northern Ireland as a whole was less strongly in favour of Remain than Scotland in 2016.

Where Northern Ireland has differed from the other devolved regions of the UK is in relation to the scope for co-operation between it and the Republic of Ireland provided for in the 1998 Agreement.

In theory, the provisions for North-South co-operation contained within that agreement are very far reaching, opening up the prospect of a further loosening of Northern Ireland’s relationship with the rest of the UK.

Proponents of a Northern Ireland-only backstop look to this as a justification of and reason for special treatment of Northern Ireland in the context of Brexit. They acknowledge that this means a change in the existing nature of the Union but believe it does not bring into question Northern Ireland’s constitutional status as part of the UK.

If a backstop solution is imposed by the British Parliament, that is an expression of British sovereignty.

Two points should be made here. The first is that under the terms of the 1998 Agreement any divergence between Northern Ireland and the rest of the UK was always going to be gradual, and in theory could be reversed.

The fact that North-South co-operation depended on the ‘specific endorsement’ of the Northern Ireland Assembly meant that Unionists could help to define the nature of that co-operation and occasionally apply the brake.

The other important point is that if common membership of the European Union was assumed in 1998, this also determined the ‘totality of relationships’ between these islands. As much as European Union membership facilitated North-South co-operation, it also placed a limit on divergence between East and West.

For as long as the UK and Ireland were both members of the EU, there was never any possibility that enhanced North-South co-operation could place new barriers on trade between Northern Ireland and Great Britain, for example.

The European Union also provided a basic framework for membership of the British Union, even if there were always quirks in how this applied in practice.

Brexit changes this dynamic. In leaving the EU, the UK has decided to assert its sovereignty in a way that is welcomed by some Unionists but also brings new challenges for the future of the British Union.

For Irish Nationalists, Brexit is potentially de-stabilising for North-South relations but the backstop also presents an opportunity for Northern Ireland’s distinctiveness to be further recognised. This is why the backstop has become a point of contention.

The implications of this for East-West relations and the internal devolved UK settlement must therefore be acknowledged. If Unionists believe that the backstop undermines their relationship with Great Britain, that is as much a legitimate concern as the impact of Brexit on Irish Nationalist opinion.