Northern Ireland crisis: how the Protocol is threatening political stability 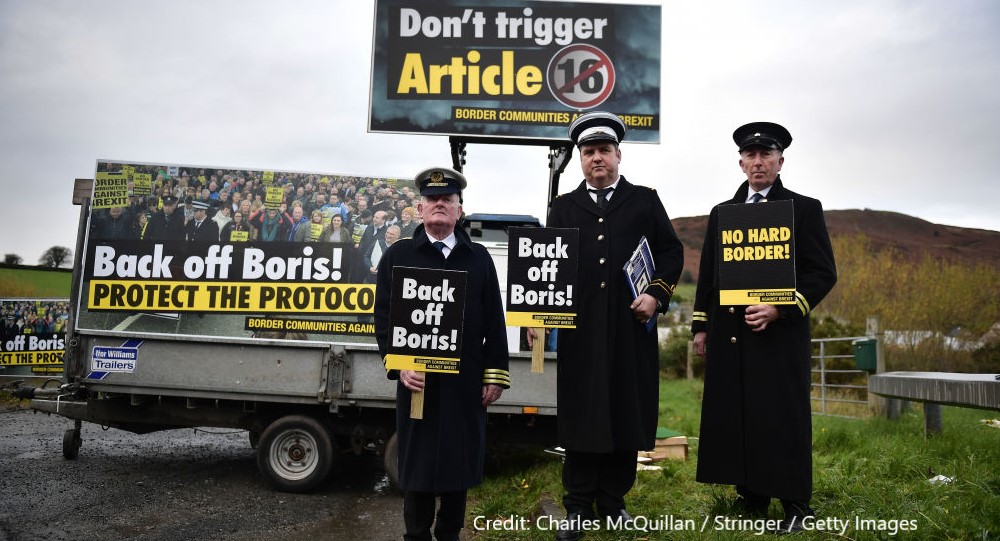 Stability – in all its political and economic forms – is founded on certainty and clarity, supported by trust, and enabled by confidence. Where these conditions are missing or in short supply, the potential for political instability is real and immediate. And Northern Ireland’s political stability is under threat.

Since the day of the Brexit vote, Northern Ireland has been economically and politically unsettled by the persistent lack of clarity in relation to first, the terms of UK withdrawal from the EU, and later, the implementation of the Protocol.

Agreement on the Protocol in October 2019 might have signalled some level of clarity about Northern Ireland’s future – but the failure to implement that same agreed Protocol has produced little more than further uncertainty for business and society.

Complicating matters is the recent Northern Ireland Assembly election which – despite its historic character – has not led to the formation of an Executive, nor even facilitated a functioning Assembly.

Much has been made of the constitutional uncertainty in Northern Ireland. Less understood is the social and economic instability caused by this gridlock. DUP actions are effectively preventing the functioning of the public sphere. The absence of power-sharing institutions means that pressing public policy issues are not being given the focus they require at a time when the cost of living crisis is acute.

This creates a deeper instability and exacerbates division. The UK Peace Index (2013) demonstrates a correlation between deprivation and peace: ‘By tackling deprivation it is possible to have large impacts on peace’. Both the UK Government and the Irish Government have long understood that supporting the Northern Ireland economy means supporting peace.

The problem for Northern Ireland is that it currently has no capacity to tackle deprivation locally. In a scenario where this leads to higher unemployment, poorer health, lower incomes, reduced educational attainment and a damaged living environment, the prospects for stability are severely challenged.

Prime Minister Boris Johnson’s intention to act on DUP objections by threatening to disapply parts of the Protocol is politically and economically reckless. It is an act of clear political partisanship in an already divided society.

It is also an action which further deepens the broader atmosphere of economic anxiety in Northern Ireland by – once again – failing to create conditions of clarity and certainty for business and trade. Worst case scenario, it heightens the possibility of an economically damaging UK-EU trade war.

All of these concerning developments have been accompanied by a marked deterioration in the tone and substance of the British-Irish relationship, which has historically been critical to the maintenance of stability in Northern Ireland.

In this political and economic maelstrom, all of the conditions we associate with stability are being undermined. Power-sharing institutions are in limbo; intercommunal and bilateral relations are at a low-point; trading conditions are uncertain; and economic challenges are growing.

Such developments impinge in very real ways on the lived experience of people in Northern Ireland and create a wider atmosphere of despondency. The collective impact of the absence of certainty, clarity, trust and confidence, creates the potential for instability to intensify.

But what might deeper instability look like in and for Northern Ireland? Well, economically, a UK-EU trade war would bring further hardship and provide a breeding ground for increased tension and agitation. Politically, we may see a critical loss of confidence in the devolved institutions. This may add momentum to calls for reform or it may lead to direct rule.

There may be a harder push for constitutional change which may presage an equally strong resistance to any such moves. Although no one foresees a return to the Troubles, more violence in the coming months and years is possible.

Northern Ireland has weathered a number of political crises since the signing of the 1998 Belfast/Good Friday Agreement. In Northern Ireland now, however, the current Protocol crisis is different. It is impacting negatively on all of the conditions which facilitate political stability.

Those involved in addressing the many problems now facing Northern Ireland should be crystal clear that when it comes to securing peace and stability, the stakes have rarely been as high and the risks have seldom been so grave.