The Northern Ireland Protocol and Brexit: is there a better way? 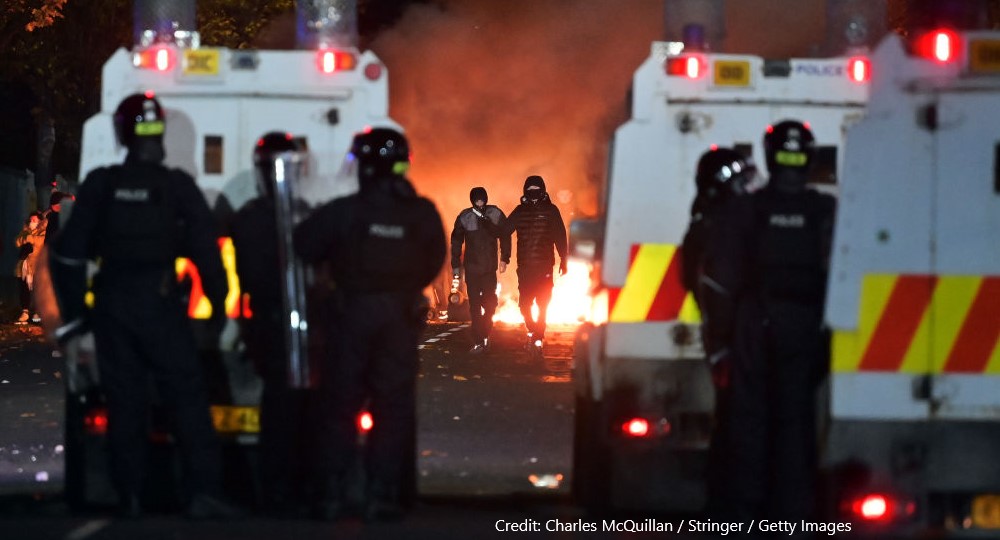 The implementation of the EU-UK Protocol ensuring this has been characterised by the negotiating parties advancing different understandings of the approach that was to be taken.

The EU has affirmed that it should be implemented robustly, and that it went to great length to gain confirmation from the UK side that it understood what it was signing up to.

The current UK government however, chiefly through its now departed chief negotiator Lord Frost, has claimed that the Protocol was the legacy of Theresa May’s negotiation, and was intended to be applied liberally.

Jonathan Powell, arguably Britain’s most important player in the NI peace process, firmly comes down on the side of the EU narrative.

As does Andrew McCormick – Stormont’s most senior mandarin involved with the Brexit process.

But while the matter of its negotiation has favoured the EU account; it would be inaccurate to say that any misgivings over the Protocol are confined to Brexiteers.

Sir John Sawers, a strong opponent of Brexit who worked on the implementation of the B/GFA (describing the EU’s benefit to this), wrote in March 2021 that the EU was ‘thoughtlessly contributing to undermining the Northern Ireland peace process’.

He followed this up with criticism of the EU-UK ‘zero sum mindset and a determination on each side to out-do the other’.

It should be said that there are also quiet Irish concerns about the Protocol’s implementation, with one prominent southern peace process contributor describing how ‘unfortunately, particularly among the Germans [but continental Europe more broadly], there is a kind of legalistic moralism, which goes a bit against the grain as far as we tend to be a bit more pragmatic about things’.

From this standpoint, as the House of Lords Protocol sub-committee chair, Lord Michael Jay, has remarked, it is a question of whether the EU and UK can ‘compromise in the interests of Northern Ireland’.

As Margaret Thatcher would have recognised, the spirit in which this should be achieved is pacta sunt servanda.

A start here would be greater use of the mechanisms created under the Withdrawal Agreement (i.e. the EU-UK Joint Committee) designed for the purpose of improving the function of the Protocol.

This seemed to be well in motion in early 2021, but then like Julian Smith who delivered the last agreement in NI, the UK negotiator Michael Gove was abruptly switched out, with a form of the so-called ‘madman’ strategy returning; characterised by continuous pivoting between triggering Article 16, and signalling the prospect of a deal.

It was speculated that Liz Truss’ appointment might signal a return to this pragmatism, but so far the Foreign Secretary has seemingly been no less averse to unilateralism, outlining imminent plans for what some have termed Internal Market Bill 2.0.

From the point of view of the EU, it is now an issue of whether it can challenge the impression of dressed-up lowballing; and perhaps an accompanying gesture in which Article 1 of the Protocol is reaffirmed by a European Council declaration upholding the ‘principle of consent’ over NI.

The UK has tended to favour the EU’s intergovernmental side, and previously in 2017 the Council declared the ‘entire territory’ of Ireland would automatically be part of the EU in the event that the island united (albeit within the parameters of the B/GFA).

There are reports that the EU is now accepting of the need to be more forthcoming in what it is willing to offer, with Šefčovič supposedly telling Truss that ‘of course’ there could be broader application of what it did with medicines.

However, arguably more fundamental is the current UK government’s approach: if there is to be resolution, it cannot impose ideology on the solution-oriented civil service, and must cease delegitimising its own co-creation, a key part of which is to signal clearly that Lord Frost is not influencing strategy from afar.

In March, Frost went into particularly dangerous territory when he stated that the government will ‘work to end’ the Protocol in Stormont’s 2024 vote; and that ‘if necessary there will need to be a further NI election so that assembly opinion reflects real opinion on the ground at that point’.

The question arises here whether it is actually the concerns of people in NI that matter, or the artificial shoring up of a particular position adopted by this UK government.

The Northern Ireland Assembly which sits at Stormont backed the Protocol in its December 2020 vote; and first preference voting in the recent election indicates that among the six largest parties there is 52% support for pro-Protocol parties (Sinn Féin, Alliance, the SDLP) and 40% for anti (DUP, TUV, UUP – though the UUP is much softer in its opposition).

The elephant in the room – as Prof Adam Posen’s recent UKICE keynote showing diminished trade and FDI denoted – is that in time the economic logic of moving closer to the EU’s Custom Union and Single Market may assert itself.

It is therein that an alternative government may well find an alternative to the Protocol, with a new UK-wide model of relationship with the EU that supersedes it.

The EU is clear that this is a possibility through Article 13(8), as long as the non-physical Irish border is maintained.

The likely alternatives are compounding economic difficulties through nixed EU and US trade deals (unilateral action); or NI continuing to outperform GB if the Protocol remains in some form without a wider set of arrangements for the UK.

The takeaway: both sides should restore trust and confidence to the EU-UK dynamic by making the Protocol work on an interim basis, genuinely representing NI and giving its long-awaited peace dividend.

As the government’s own actions in yet again delaying checks on EU goods illustrate, the shift back toward gradual, deeper UK-wide economic cooperation with the EU, appears to only be a matter of time.