Northern Ireland voters and the Protocol 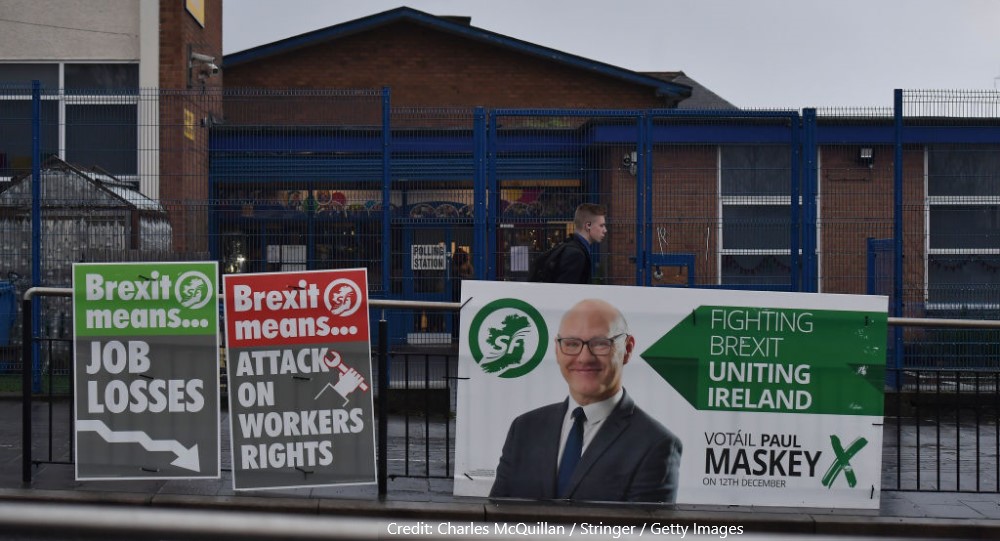 Sometimes there is such a thing as too many events, and too much politics.

It is perhaps safe to say that the first three months of the operation of the Protocol on Ireland/Northern Ireland have been marked by too many events and too much politics: the EU temporarily moved to invoke its Article 16 safeguard measures (29 January); the Democratic Unionist Party (DUP) launched its five-point campaign to ‘Free us from the Protocol’ (2 February); the UK Government decided to unilaterally extend the grace periods on the Protocol (3 March); and, in response, the EU decided to launch legal action against it (15 March).

Amid it all, we decided to conduct a survey.

This is the first of a series of surveys commissioned by Queen’s University Belfast for its ESRC-funded project on the multilevel dynamics of implementing the Protocol.

We want to ‘temperature test’ voter attitudes on a range of issues relating to Brexit, the Protocol, and their implications for Northern Ireland. The surveys are to be conducted every four months during 2021-2023 by LucidTalk, using its online Northern Ireland Opinion Panel.

From the sample of 2,156 responses, the results of the first survey presented here are weighted to be representative of the adult population of Northern Ireland (e.g. by age, gender, community background etc.).

Survey participants were asked six sets of questions, covering attitudes towards Brexit and the Protocol, assessments of the current impact of the Protocol, and trust in different actors to manage it.

Attitudes to Brexit and the Protocol

Views on the UK’s withdrawal from the EU continue to be polarised in Northern Ireland.

A majority (57%) think that, on balance, Brexit was bad for the UK. Opinion is more divided on the Protocol designed to manage its effects on Northern Ireland: 46% consider it appropriate while 42% disagree.

Whether, on balance, the Protocol is ‘a good thing’ for Northern Ireland, as many disagree (44%) as agree (43%). This is despite the fact that two thirds of respondents think that particular arrangements are necessary. 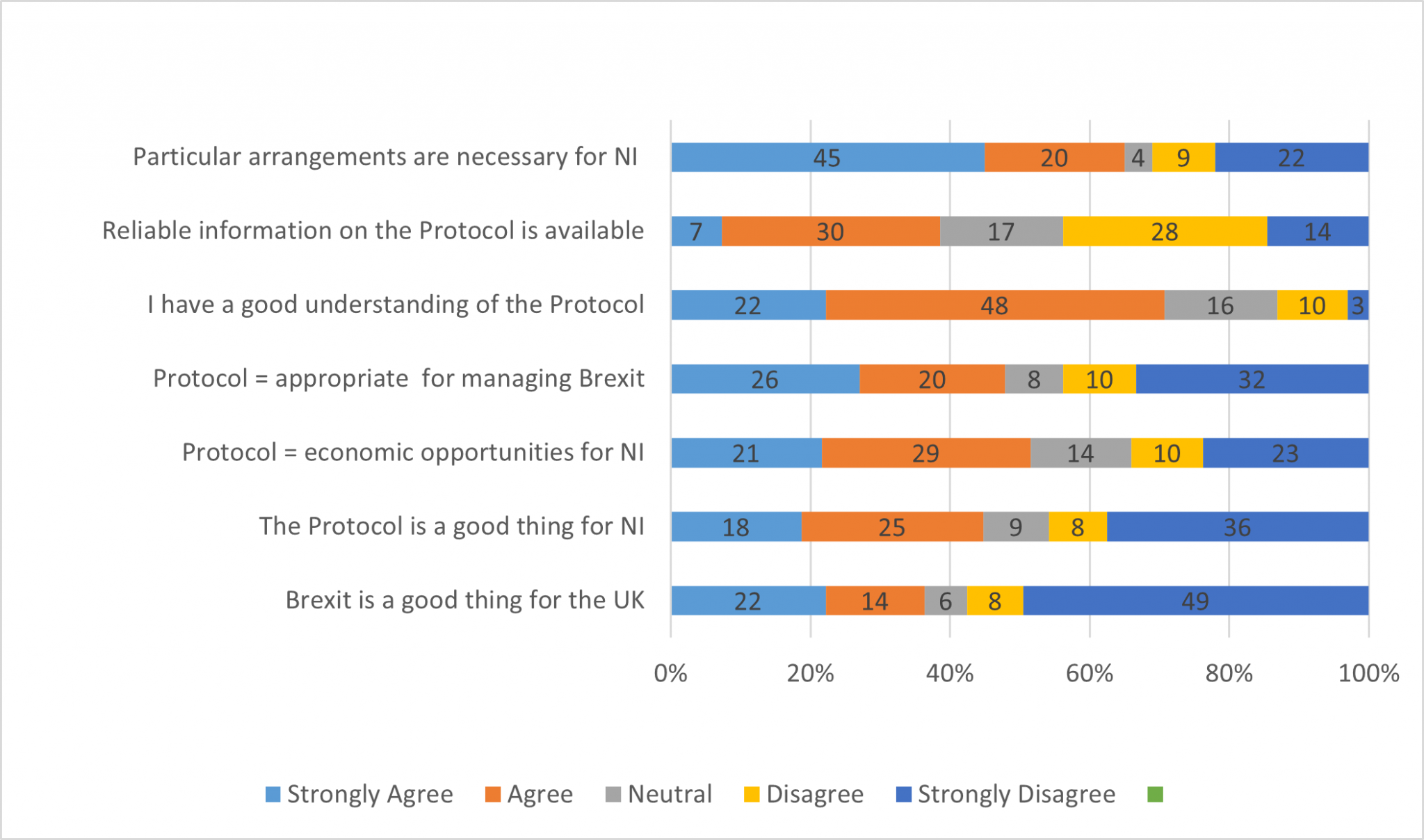 Figure 1. Opinion of Brexit and the Protocol

Views on impact of the Protocol

Although views on the benefits of the Protocol are split, a substantial majority of respondents currently view the Protocol to have a negative impact on a range of matters (see Figure 2).

No more than a third of respondents see the current impact of the Protocol to be positive in relation to the topics about which we asked. 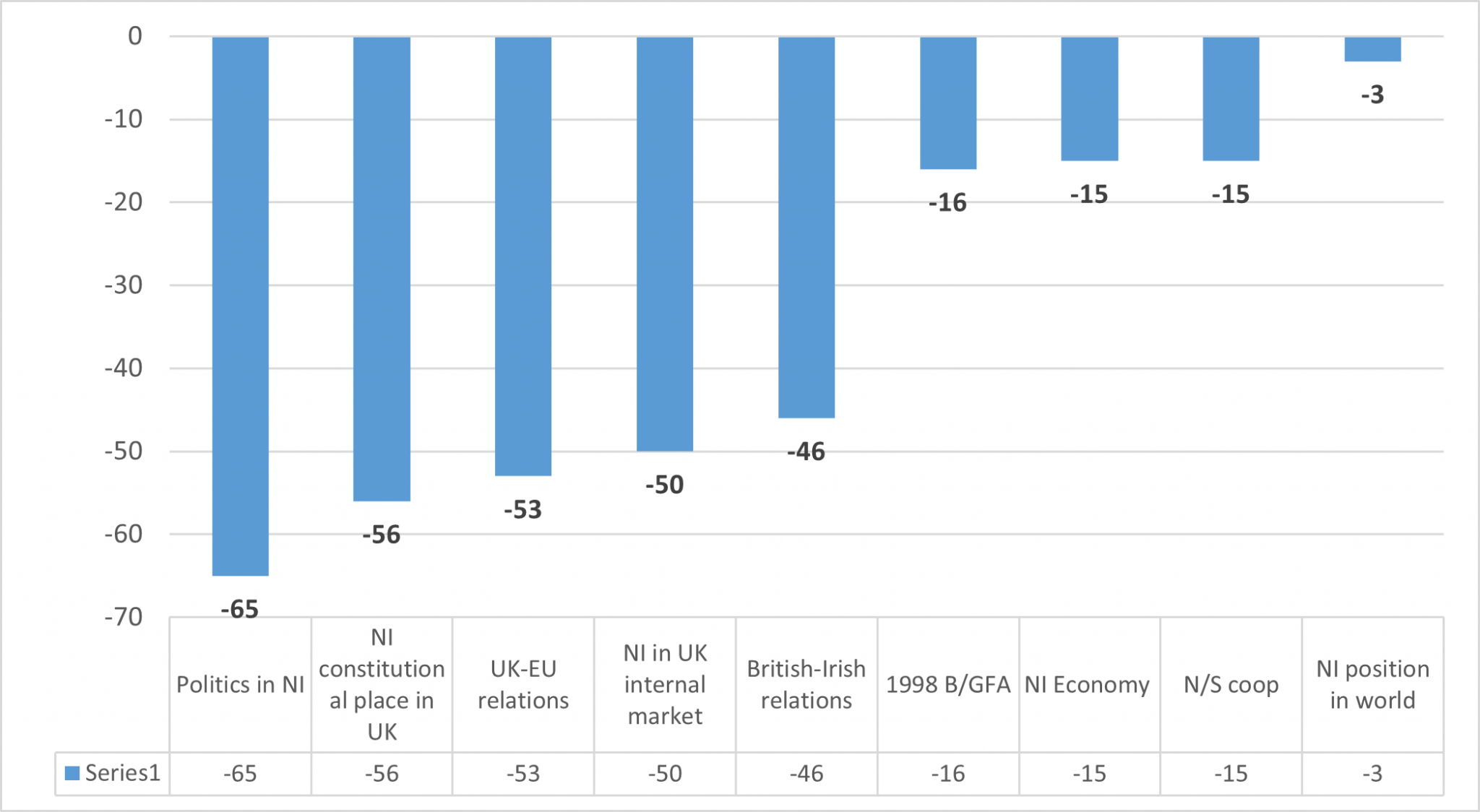 Figure 2. Overall assessment of the current impact of the Protocol (positive minus negative)

In further questions about concerns that people have regarding the Protocol, more than two-thirds of respondents are either concerned or very concerned about the effects of Brexit and/or the Protocol on the Northern Ireland economy (71%), on the cost of certain products (71%), and on political stability in Northern Ireland (72%).

A similar proportion of respondents are concerned or very concerned about Northern Ireland’s voice being heard on the implementation of the Protocol (73%), about the public availability of clear and detailed information on the Protocol (69%), and about scrutiny of the UK-EU bodies taking decisions on its implementation (68%).

A majority of respondents are also concerned about the effects of Brexit and the Protocol on the choice of goods available in Northern Ireland (64%), and checks and controls on the movement of goods into Northern Ireland from Great Britain (61%).

Reflecting the general uncertainty around the implications of Brexit and the Protocol, more respondents were concerned overall (47%) than unconcerned (40%) about the consequences for Northern Ireland’s constitutional position in the UK.

The adoption of the Protocol and its implementation involves a range of actors. Trust among survey respondents in the ability of these actors to manage the interests of Northern Ireland in respect of the Protocol is currently low.

This is particularly true of UK actors, with overall levels of trust in UK political parties (3%), the UK Government (5%), and Whitehall civil servants (6%) being strikingly low.

Northern Ireland political parties, the NI Executive, and the NI Assembly fare marginally better, although even they are distrusted by three-fifths of respondents to manage the interests of Northern Ireland in respect of the Protocol.

Figure 3. Extent of trust in actors when it comes to handling the interests of NI vis-à-vis the Protocol

Options for the future

We also asked questions regarding the future of the Protocol. A prominent concern is the extent of the increased formalities, checks and controls on trade between Great Britain and Northern Ireland. One way to reduce these would be for the UK to agree to regulatory alignment with the EU.

A majority (57%) of respondents support such a move, although slightly more than a third (34%) oppose such an option. A majority (53%) also exists in support of the EU having an office in Belfast – something the EU requested but which was denied by the UK – although a significant minority (40%) opposes such an option. 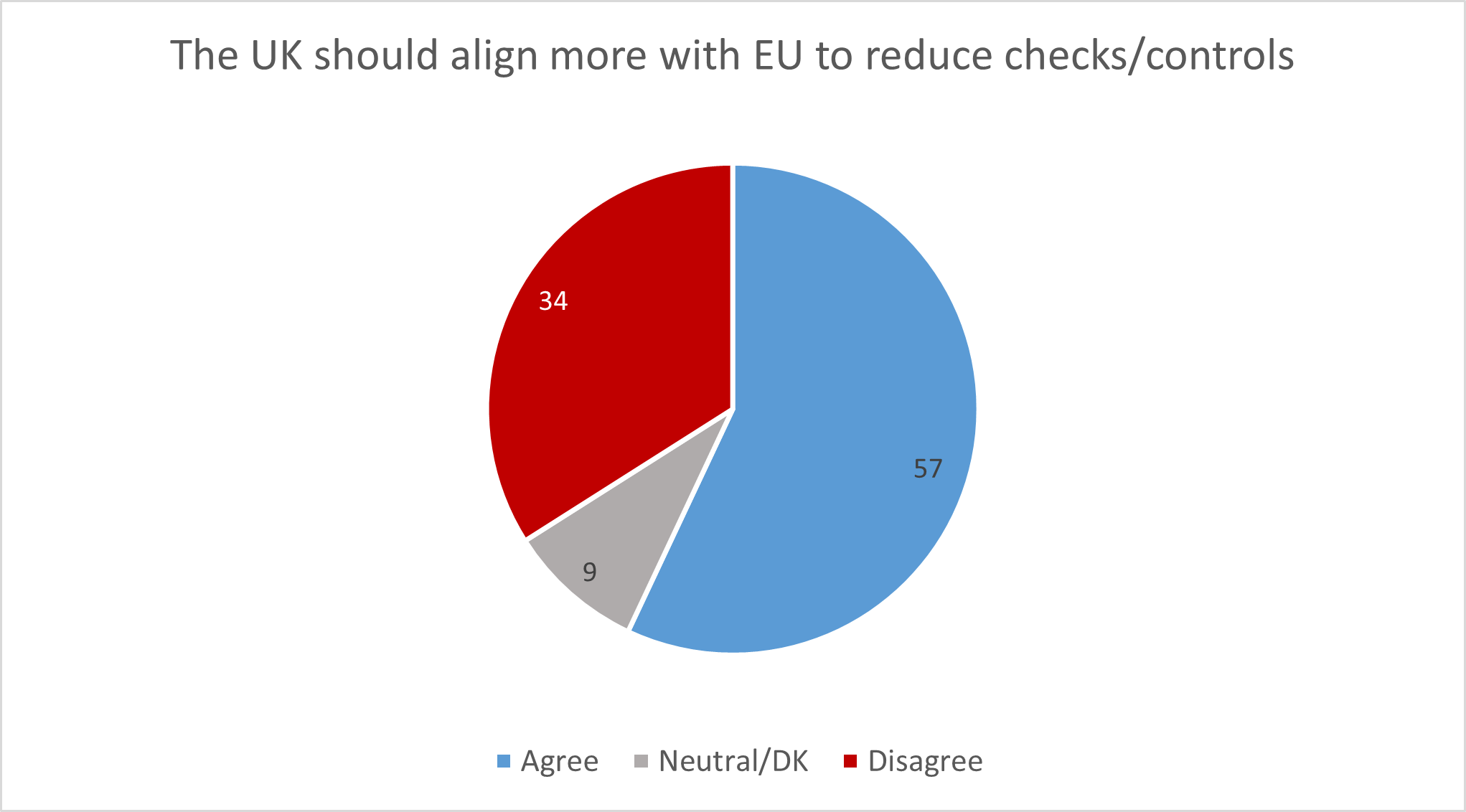 Figure 4. Options for the future: UK alignment with EU rules 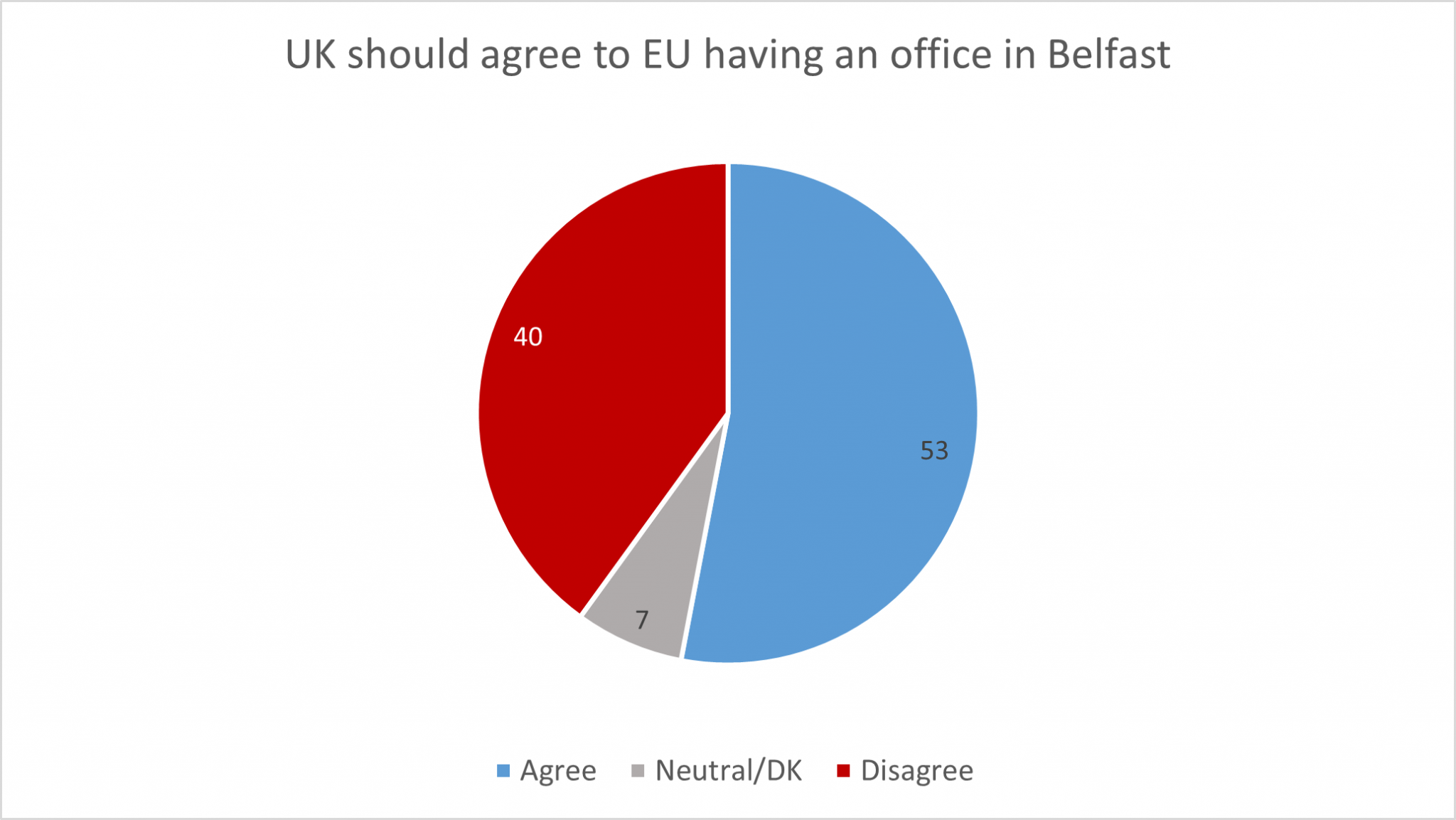 Figure 5. Options for the future: An EU office in Belfast.

People in Northern Ireland clearly have strongly held views on the Protocol and consider it politically significant.

All in all, the picture is one in which the Protocol is a live issue of political and public interest. We are bound to see much more politics around the topic in the coming months.

Many might hope, though, that there will be fewer ‘events’ in the months to come that might serve to exacerbate tensions and divisions over the Protocol.

Much will centre on the relationship between key players in London and Brussels in whom Northern Ireland voters do not trust but upon whom they depend.

By Katy Hayward, Senior Fellow of UK in a Changing Europe, and David Phinnemore, Professor of European politics, both Queen’s University Belfast. The project can be followed on Twitter and a more detailed report on the survey findings is available here.