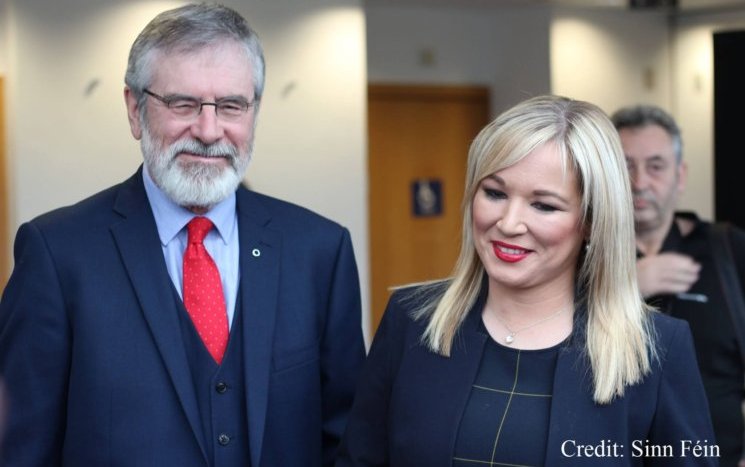 It was a terrible time to hold a crunch election. By effectively placing an ‘out of order’ notice on the door of Stormont just as the UK government prepared to trigger Article 50, Northern Ireland’s main parties admitted governmental bankruptcy.

The economic, social, political and ideological challenges posed by Brexit are more acute for Northern Ireland than any other part of the UK, but any hope of the NI Executive finding common cause after the referendum result had soon been lost amid the all-too-familiar pattern of bickering and blame.

The background to the snap election

The Assembly election of 2 March 2017 represented a complete breakdown in the relationship and trust between the Democratic Unionist Party (DUP) and Sinn Féin. There were several issues on which the two parties vehemently disagreed (LGBT rights, dealing with the past, an Irish Language Act); the matter of Brexit exacerbated these tensions by reaching to the core of the two parties’ fundamental antagonism: national sovereignty.

Tensions between the DUP and Sinn Féin had come to a head in December 2016 with allegations that the DUP leader Arlene Foster, when Minister for Enterprise, had mishandled a renewable heating scheme (to such a degree that the Northern Ireland public face a bill of some £450 million).

Foster’s refusal to stand aside from the position of First Minister so that an inquiry could be held led to Sinn Féin’s walk-out from the Executive. The campaigns in the snap election that ensued were nasty and personal, but it was the DUP’s increasingly hostile characterisations of Sinn Féin (most infamously as ‘crocodiles’ whose appetites would never be satiated) that appear to have galvanised nationalist sentiment.

On polling day there was a 10% rise in voter turnout (to 64.8%) compared to the previous Assembly elections just ten months earlier.

For once, it is no exaggeration to describe the results as ‘historic’. For the first time since the foundation of the Northern Irish state in 1922, political unionism – securing just 40 seats out of a possible 90 – no longer holds a majority in the Assembly. The DUP can still claim to be the largest party in the Assembly, but with 28 seats (down 10) it is narrowly ahead of Sinn Féin by only one seat.

Whilst the four parties of the ‘centre’ fill 29 of the remaining 32 seats, there is little doubt that politics has polarised on the extremes of both unionism and nationalism. Such results (below) present immediate challenges as the parties strive to restart devolved government; to do this, they need to agree on a new Executive and new legislative programme, under threat of a second set of elections in the next two months and the possibility of direct rule from Westminster in place of devolution. 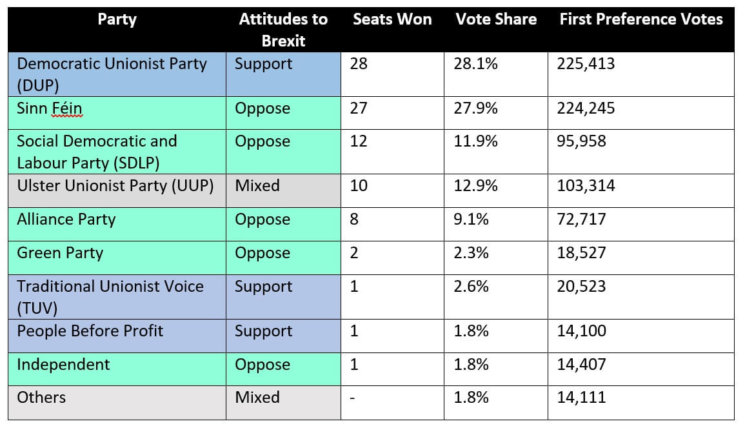 The election demonstrated how polarisation around Brexit has deepened since the referendum, in which 56% opted to Remain (on a 63% turnout). There was a strong ethno-national basis to voting, with around 85% of Catholic/Irish/nationalist voters supporting Remain and some 62% Protestant/British/Unionist voters supporting Leave.

This division is reflected in the positions taken by the political parties to Brexit since the result (below). The result of the March election means that the constitution of the Assembly now more accurately reflects the views of the voters on Brexit, with a majority of MLAs (49) being from parties critical of Westminster’s Brexit plans. 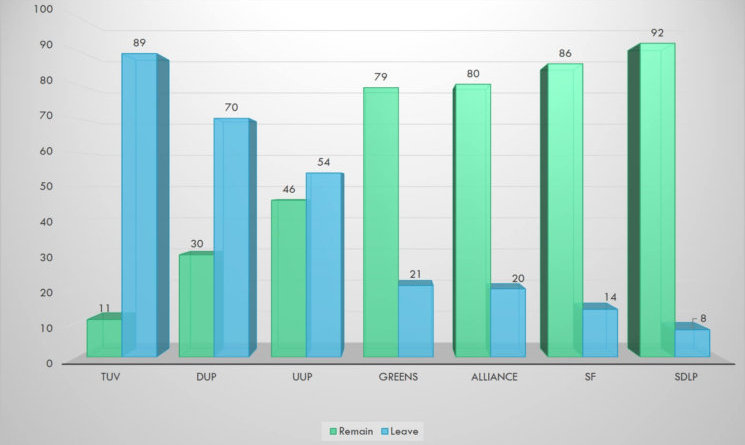 Now Sinn Féin, the SDLP, Alliance and the Greens face the challenge of translating their opposition to Brexit into effective representation for Northern Ireland. Even if agreement on government is found and even if the centre parties decide to join the Executive, the d’Hondt method used to allocate ministries means that the two largest parties will dominate the Executive and it is thus likely to still embody starkly polarised positions on Brexit.

This is particularly unfortunate given the distinct complexity of Northern Ireland’s extraction from the EU, including its economic vulnerabilities, its institutional, structural and trading ties with the Republic of Ireland and its fragile peace process. Sensitivities around this are further exacerbated by the repoliticisation of cross-border relationships in light of Brexit.

One of the most controversial demonstrations of this is in the conflation of the Brexit debate with the ‘constitutional question’. The ending of the unionist majority in Stormont has intensified nationalist calls for a border poll (as provided for in the 1998 Belfast Agreement) that would offer voters in both jurisdictions on the island the option of Irish unification.

Although the conditions for such a referendum are not present (the Secretary of State has to be convinced that such a vote has the potential to succeed, and public opinion polls on the matter do not present such evidence), such speculation only worsens the fears and distrust that stymie the type of accord that Northern Ireland desperately needs.

As things stand, therefore, the two largest parties appear propelled towards London and Dublin respectively, rather than towards compromise. Given that both governments, no matter how keen on agreement, will shortly find themselves on opposite sides of the negotiating table in Brussels, the space for neutral ground is shrinking fast.

Northern Ireland needs a government to argue the case for giving its unique needs consideration in the Brexit negotiations. The question is, what government might be willing and able to do this: British, Irish or a Northern Ireland Executive?