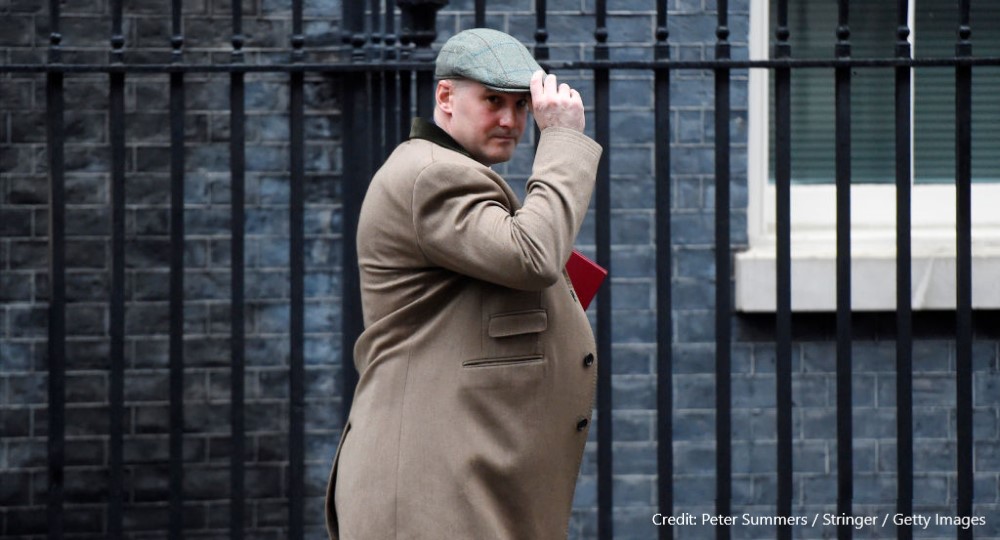 ‘You’re joking. Not another one!’ – not just Brenda from Bristol in the spring of 2017, reacting to Theresa May calling a snap election, but also Tim Bale (whose dad was from Bristol) in the autumn of 2020 on hearing the news that some 55 Conservative parliamentarians had set up something called the Northern Research Group.

The NRG (note: not a sports drink) joins the Eurosceptic European Research Group (ERG) and the Sinosceptic China Research Group (CRG) in bringing together likeminded Tory MPs with the aim of pulling the party’s leadership round to their way of thinking or at least making it keep its manifesto promises.

So does that mean it’s now finally time for political scientists to forget the longstanding idea that, while Labour is a party of factions, the Conservative Party is merely a party of tendencies.

It’s a long time now – 56 years to be exact – since the legendary Richard Rose first made the distinction between different types of intra-party grouping. But it made such intuitive sense for so long that we’d almost taken it for granted – until, that is, the Tories began to tear themselves apart over Europe from the mid-1990s onwards.

Cue, at that point, much talk of ‘a party within a party’. Yet one could, in fact, continue to argue, then at least, that, according to Rose’s schema, Conservative Eurosceptics – bastards or otherwise – did not yet constitute a fully-fledged faction.

To qualify as a faction, according to Rose, an intra-party group has to display four characteristics. First, it should be self-conscious.

Second, it must persist through time, so that it’s more than just an ad hoc combination of politicians in agreement on a particular issue at a particular moment.

Third, it should seek to further a broad range of policies, which again distinguishes it from a single-issue coalition.

Implicit in this account is the fourth, and in some ways most crucial, characteristic – the presence of a significant organizational infrastructure which ensures that faction members identify strongly with their faction, and act with a measure of discipline and cohesion over time, thereby ensuring they ‘transfer old enmities to new issues.’

A tendency, by contrast, is a significantly less organized and cohesive body than a faction – more ‘a stable set of attitudes’ than ‘a stable set of politicians’. A tendency, then, is based upon a more or less coherent ideological position but it does not display the discipline, consciousness, organization and behavioural cohesion of a true faction.

Looking at those definitions and then looking at each of the two main parties, it is easy to see why academics could (and indeed can) agree that Labour was the true home of faction, riven as it has been by the conflict between centrist social democrats and Bevanite socialists on the left in the fifties, between hard left and soft left in the eighties, between Blairites and Brownites at the turn of the century and, most recently, between Corbynites and the rest.

As for the Conservatives, yes, there were Thatcherites and there were Wets.

But the former soon came to colonise the party almost completely, while the latter, whether in the shape of the Tory Reform Group or under some other (usually more evanescent) label, could never really get itself together sufficiently to resist and ultimately to survive.

As for One Nation, like the concept itself it means everything and nothing and so has always been amusingly heterodox.

Meanwhile, more obviously right-wing groups like No Turning Back and the 92 Group were rather more permeable and rather less institutionalised than some journalists, keen to lend a rent-a-quote source a little more gravitas than he or she really deserved, made them seem.

Nevertheless those two groups were surely harbingers of what was to come. Indeed it was one of their ilk – the initially less high-profile ERG – that, nearly a quarter of century after it was first set up by Michael Spicer (no, not that one), arguably leapt the species barrier between tendency and faction.

Under the chairmanship of Steve Baker – not just a committed ideologue but also a gifted organiser – it was soon acting collectively in parliamentary votes and in communications with the media, and only intensified its efforts as the Brexit saga dragged on, ensuring the defeat of Theresa May’s three Meaningful Votes and, in so doing, her eventual downfall.

Of course, exactly how many members it has or the precise nature extent of its finances, we may never know: the group isn’t required to publish that information, although we have some idea of who belongs to it since its full-time researcher is paid for by numerous Tory MPs putting a slice of their annual office expenses towards his salary.

But even if they were to, would they really count as full-blown factions in the true sense of the term? Indeed, in the end, does even the ERG make the cut?

Clearly it thinks of itself as a tight-knit group. Equally clearly it has persisted over time and is pretty well organised even if, unlike Labour’s left-wing factions, it appears to lack an extra-parliamentary infrastructure.

Yet, ultimately, doesn’t the ERG, with its gimlet-eyed focus on Europe, continue to revolve round what is essentially a single issue – again unlike Labour’s left-wing factions, many of which can convincingly lay claim to a worldview encompassing a whole host of political issues and policies?

At the moment, the answer to that last crucial question would appear to be yes.

But, but, but…. A few prescient observers have already noted that there’s a fair degree of crossover between Brexiters and libertarians who are particularly exercised about what they see as the government’s excessively draconian Covid-19 restrictions.

If that crossover begins to take in Tory MPs as well – and there are signs that it might – then watch this space.