‘Norway+’ or ‘Common Market 2.0’: the problems are not where they seem to be 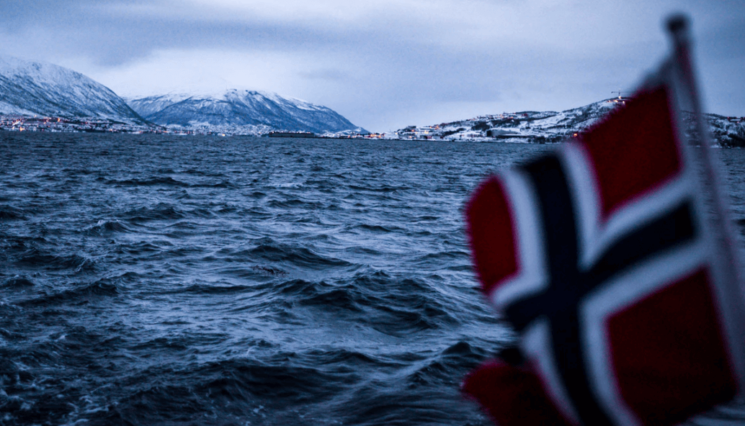 From the very beginning of the Brexit process all kinds of models for the future of UK-EU relationships have been discussed. One model repeatedly brought up in the discussion and lobbied for was the so-called ‘Norway’ model. ‘Norway’ became the political catch word for membership of the European Economic Area (EEA), and the aim was for the UK to participate in the EU’s internal market after Brexit. Most importantly, this meant aligning with the EU on all kinds of regulatory matters that are paramount for industrial trade.

Then a new element was added to ‘Norway’ after the ‘Ireland Protocol’ was published as part of the Withdrawal Agreement (WA), and after the vote in Parliament on 15 January. Now, the discussion increasingly focused on the so-called ‘backstop’, which was the main stumbling block to getting Parliament to approve the WA. Thus arose ‘Norway+’, more recently termed ‘Common Market 2.0’. The idea was to simply add to ‘Norway’ some form of participation in the EU’s customs union, and to do away with the backstop.

How would this enhanced model work? With respect to the basic ‘Norway’ part – that is, EEA membership – Article 128(1) of the EEA Agreement states that precondition of participating in the EEA is being a member of either the EU or of the European Free Trade association (EFTA). Upon leaving the EU, then, the UK would therefore first have to apply for membership of EFTA, and that would need the unanimous approval of the current members – Iceland, Liechtenstein, Norway and Switzerland.

The EFTA organisation structures relations among its members and between them and the EU, and it also facilitates free trade agreements (FTAs) between them and third countries. In this sense, if the UK’s aim after Brexit is to conduct an independent trade policy, this might be a suitable choice.

This argument draws on Article 56(3) of the EFTA Convention. According to that article, a new EFTA member state ‘shall apply to become a party to [EFTA’s] free trade agreements’. From this the EFTA Secretariat concludes that, ‘as a member of a customs union [with the EU], a country acceding to EFTA could not comply with this obligation.’

We would argue, however, that Article 56 is more flexible. The EFTA Convention does not define any clear criteria for membership: these are decided by the four EFTA states on predominantly political grounds. Take the case of Finland, for example, which became an ‘associate EFTA member’ in order to accommodate its particularly sensitive relations with the then Soviet Union during the cold war era.

Similarly, the paragraph on free trade agreements offers flexibility. Its wording already indicates the possibility that an applicant country may ultimately not accede to EFTA’s free trade agreements because, for instance, a third country refuses to negotiate the inclusion of a new EFTA member into an existing FTA. Indeed, EFTA’s website clearly states that ‘EFTA membership does not preclude from entering into a customs arrangement with the EU’. Hence, if there is a will, having a customs arrangement with the EU need not stand in the way of the UK’s EFTA membership.

However, what sort of ‘negotiated customs arrangement’ are we talking about? On the details of this, ‘Common Market 2.0’ remains astonishingly silent. It only states: ‘Under Common Market 2.0 the UK would be in the Single Market and therefore all regulations would apply to the UK in the same way as they apply to the Republic of Ireland with customs arrangements, at least initially, applying as they do currently. Therefore, there would be no reason for the backstop to be activated.’

From ‘as they do currently’ we can conclude that the intention is for the UK to continue being part of the current EU customs union ‘unless and until alternative arrangements to secure frictionless trade and avoid a hard border in Ireland can be agreed’. However, from a realistic point of view, such alternative arrangements will in the foreseeable future not be found.

As so often, it is not the perceived political problems that might kill a proposal, but rather the institutional and technical ones which tend to be overlooked. The concept of ‘Common Market 2.0’, among other features, prides itself on allowing the UK to get away from the ECJ’s jurisdiction. If one takes a closer look, it would, however, lead to a continuing role for supranational courts: the EFTA Court will be competent for internal market matters.

As the customs union is, institutionally, governed by the EU Commission it will be the ECJ which will be called upon to decide customs union matters. Given the insistence of the ECJ on the autonomy of the Union legal order and on its own role in guaranteeing it, it will also insist on keeping its competence if a (future) third country is involved. This is already the case in the (rather special) customs agreements with Andorra, San Marino and Turkey.

Could the EFTA Court be an alternative? The customs union is not covered by the scope of the EEA. A respective competence would therefore need to be expressly transferred. As set out before, this is highly unlikely. The customs union always means dealing with EU law, it therefore is the ECJ’s chasse gardée – or private hunting ground.

Technically – and merely from a legal perspective – the concept advocated by ‘Common Market 2.0‘ could work. It would, indeed, solve the ‘backstop problem’ as the UK would remain in both the single market and the customs union. This would, however, create a substantial institutional challenge. The main predicament throughout the Brexit process therefore remains: solve one problem and get a new one in return.

By Georges Baur, Research fellow at the Liechtenstein-Institut.