Not all fluff and glamour 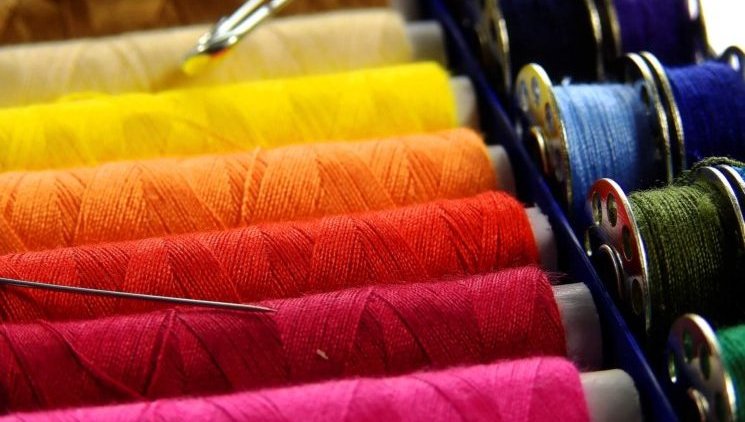 The fashion industry contributes £28.1bn to the UK economy, the largest component within the creative sector, generating around 880,000 jobs. It is also one of the largest BAME employers in the UK: a fact visible at London Fashion Week earlier this year, where huge levels of international talent and diversity were represented among the designers and their teams, and in the audience. Beyond that, thousands of international students flock to our outstanding fashion colleges.

It is thus clear that Brexit is a huge concern for the fashion industry, which is predicated on fluid borders and access to dynamic global talent.

The British Fashion Council (BFC) cites a 95% Remain response from the fashion industry. I have worked in fashion as a stylist, editor and lecturer for over 20 years, and I would say the figure is far higher: I know of only one person from the industry who voted to Leave. To read my social media feed last summer was to read messages of disbelief and devastation, and to see huge concerns around the future of our very way of life – one which needs constant international mobility just to survive in what are already competitive and saturated markets.

The EU is the UK’s largest market for fashion exports, generating £5.8bn in 2014. Free movement of goods and talent, combined with tariff free imports/exports in the EU are key to this success story.  Any increase in pricing of British goods to the EU will place a significant strain on the ability of our businesses to trade and compete with those within the Single Market.

The additional red tape is another facet of this: the arduous task of a submitting a carnet to London Chamber of Commerce to apply for export permission may now be a possibility for trade with the EU – as it currently is for the rest of the world. Fashion works to tight deadlines with tighter margins and anything which holds this up, decreases the UK’s competitive advantage.

And there are implications for British production, too. Many of our pattern cutters and high-skilled machine workers are EU nationals.  They are not high profile, or high earning, but they are intrinsic to the business. While many UK domicile talent, go on to take up positions in international fashion houses and design teams.

One problem for the industry, though, is that it does not throw its weight around enough. The British creative industries sector makes an annual contribution to the UK economy second only to financial services sectors; yet, in my work in Parliament I rarely saw any representatives lobbying on the industry’s behalf. I felt compelled to do something about this – to change the temperature of the conversation and bring voices from the fashion industry into Westminster to share their Brexit concerns.

Paul Hunt, head of events and casting at JN Production, explained a little-known consequence of imposing visa requirements on models. Currently, British modelling agencies can earn a slice of modes’ global earnings if their career starts in the UK; if visa requirements are too stringent foreign models may no longer move to the UK to get started, and this could cause around a 10% loss of earnings for the agencies.

Martyn Roberts, head of Fashion Scout and Graduate Fashion Week expanded on this visa restrictions issue: combined with increasing custom tariffs and a weak pound this could dissuade fledgling designers from studying here, and lead them to study instead in China (which is already building up its arts education market).

Nick Knight, a well-renowned photographer and owner of ShowStudio, added more questions. Raw creative talent, straight out college and brimming ideas, needs to be nurtured and allowed to realise its potential. How do we explain that to an immigration officer? How do we quantify their future economic benefits, or future earnings?

Frieda Gormley, CEO of House of Hackney, a fashion and interiors business, which produces 75% of its output here in the UK, looked beyond immigration issues and raised concerns around exchange rate margins, uncertain trade deals, and the already hugely concerning impact of high street rates hikes for any shop front or business outlet.

Baroness Young highlighted key concerns with the loss of EU sustainability measures post Brexit: in the face of a falling sterling, a loss of talent, and a decrease in earnings, would the government maintain the safeguards which might in the short-term cost them more to continue?

In response, Damian Collins MP reopened the DCMS Select Committee review on the impact of Brexit on the creative industries, which received dozens of responses. I have had many replies to my questionnaire on Fashion and Brexit, which I am collating to submit to numerous parliamentary departments.

My aim with these Fashion Round Tables is to allow for engagement between these two very different worlds. You cannot expect a politician to understand the concerns which worry the fashion industry. But if you start to break down the barriers between these really rather different worlds, you can see the common ground and hopefully inform not only the debate, but also policy making and the crafting of the Brexit strategy.

After all, fashion is not the only world with a very coveted front row status.

By Tamara Cincik has worked within the fashion industry as a stylist and fashion editor.